"The bad days are over" for economy — finance minister 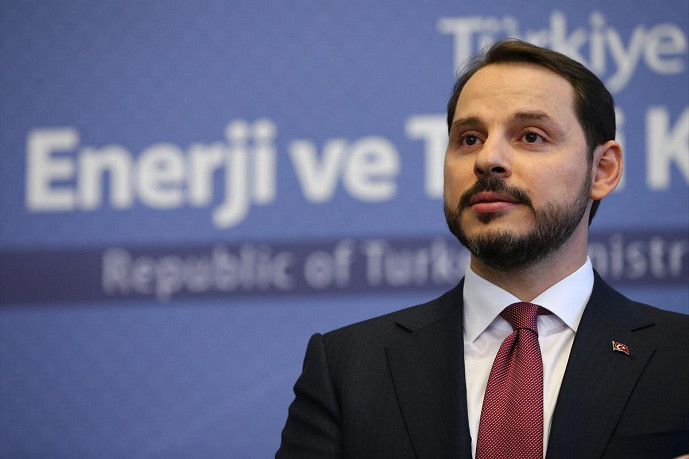 In just a couple of months, a series of measures to boost fundamentals have left the country and the economy "in much better condition" than it was in August or September, Albaryak said during a speech in Bursa.

“Although Turkey faced a tremendously serious operation against its currency, interest rates and inflation in August, we have achieved to defeat these economic attacks in just two months."

The fight against inflation - which recently hit 25 percent, the highest in 15 years - would remain the priority in the short term, he said. In the long term, the government would bring in extensive reforms to shore up the country's long-term success.

One of the reasons for the success was quick decision-making, which was allowed by the new presidential system, Albayrak, who is President Recep Tayyip Erdogan's son in law, said during his speech.

“Since we have come to power, we have focused on two main areas. The fight against inflation has been our main priority since the very beginning. In the recent period, some manipulative price hikes, surpassing any spillover impact of the loss in the Lira’s value, have made our plan to combat inflation much more significant. The bad days in this area are over,” the minister said.

Albaryak added that conditions would continue to improve over the next few weeks, and that longer term, over the next five years, more structural reforms would turn Turkey into one of the world's strongest production economies.

In October, the minister vowed a "full-fledged fight" against inflation, calling on companies to offer a 10 percent discount to consumers until the year end. Later, he announced a consumer tax cut to furniture, white goods and motor vehicles, which economists say will trim year-end inflation by around 1 percent.