More foreigners are choosing to move to Antalya 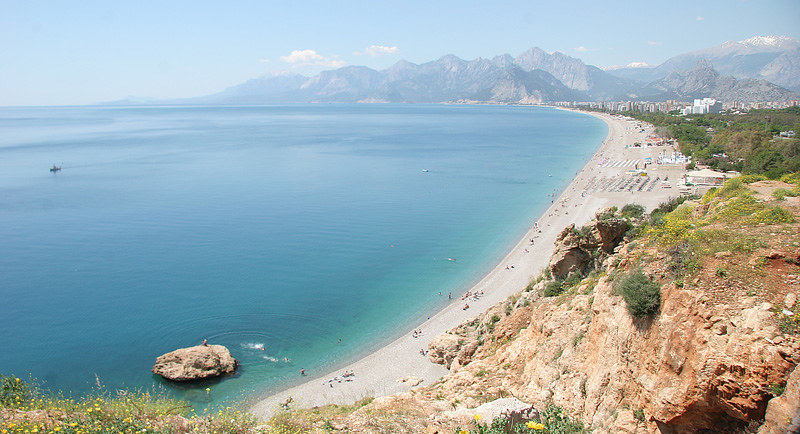 The bustling city of Antalya in Turkey’s Mediterranean usually plays host to almost 15 million visitors per year. Antalya is amongst the favoured destinations for foreigners and expats in Turkey who have decided to move and take up residence in the country over the past few years.

The city of Antalya attracts an eclectic range of tourist profiles, with many tourist spots including areas of natural beauty, historical significance, and cultural sites that draw visitors in time and time again. The stunning golden sandy beaches and warm climate are also a huge draw. Thanks to these and other attributes, it’s easy to see why Antalya convinces many tourists to choose the city and make the move to Turkey a permanent one after a relatively short stay.

Foreigners living in Antalya in Turkey

According to data, there are almost 100,000 foreigners from almost 90 different countries now residing in Antalya on a permanent basis. The first place for both tourists and residency goes to Russia, with there being about 18,000 permanent residents in Antalya from Russia. Expats from Russia are followed by those from Kazakhstan with just over 11,500 residents. Germans come in second for the number of tourists in Antalya, and this has also seen over 9,500 Germans making the popular Mediterranean resort city of Antalya their new home in the sun.

Antalya is the second home for Russians

The president of the Russian Art and Culture Association, Irina Balci, said many Russians consider Antalya as a second home and that they really enjoy living in such a beautiful country that has the climate to match.

Balci went on to say: “Some (Russians) find here beautiful and buy a house, some are here for business and some other marry Turkish citizens and settle here. The Russian population can increase in the next years. Antalya is very important for us.”

A total of 45 million foreign visitors chose Turkey as their vacation spot in 2019, which was up by 5.5 million when compared to 2018. Mehmet Nuri Ersoy, the Culture and Tourism Minister projected that by the end of 2020, Turkey will have made just over 11 billion USD in revenue from tourism and welcomed over 15 million travellers with numbers heavily down due to the coronavirus pandemic. Ersoy confirmed that the target growth this year will be a minimum of 100% growth, and this will see the country welcoming over 30 million tourists in 2021.