Moody´s has increased its growth forecasts for Turkey for 2017 and 2018 after growth data for 2016 came in stronger than expected. However, the rating agency added Turkey´s economic rebound will be a temporary one unless structural reforms are realised.

The report stated that consumer prices are rising faster than producer prices, which points to signs that the current inflation spike is not solely tied to the drop in value of the Turkish Lira. 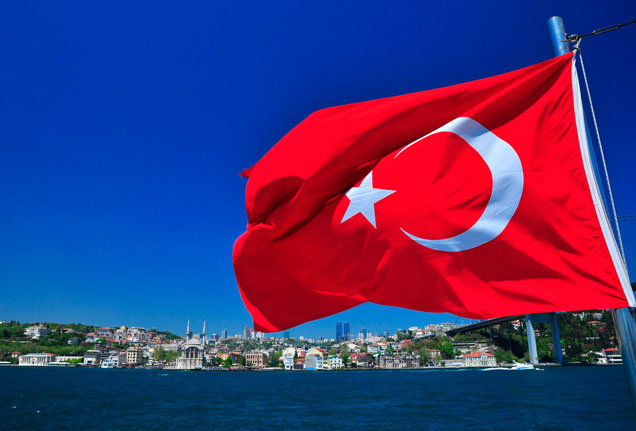 In the final quarter of 2016, Turkey´s economy grew a faster-than-anticipated 3.5 percent, thanks to a leap in consumption following uncertainty after July´s coup attempt.

Although growth in 2016 was 2.9 percent, which defied forecasts, it was slower than it could've been, due to the postponing of structural reforms for the labour market, tax and pensions, which are much needed if economic progress continues working in Turkey.

The delay stems from the ruling AKP´s current emphasis on changing the government from a parliamentary to an executive presidency system, Moody´s stated, adding that more postponements will prevent Turkey´s economy to returning to past growth rates

Numbers of Russians visiting Antalya increase by 816 percent in March

However, overall there was a 35 percent decrease over the same period last year. Data from Antalya Airport shows 165,741 tourists reached Antalya by air last month, whereas in March 2016 there were 257,441 visitors.

In March 2016 just 2000 Russians visited Antalya, following tensions between Russia and Turkey. The southern region of Turkey is a traditional favourite for Russians, who not only holiday in the area but often settle in apartments and villas in Antalya.

Inflation at its highest since 2008

Consumer prices rose 1.02 percent since February, data shows. The highest increases were in alcoholic drinks and tobacco, which soared 21.71 percent, followed by health products at 13.28 percent and food at 12.53 percent over the past year.

The largest month-on-month increase was on food and clothing prices, which have risen by 1.99 percent since February.

Experts believe inflation will remain at double digit levels throughout the year. However, Economy Minister Nihat Zeybekci said the rate would decline by May.

Inflation has been caused by currency weakness, and lack of direction in monetary policy.

Government officials have stated that the upswing is temporary, and that government measures will be seen from the second quarter of 2017.