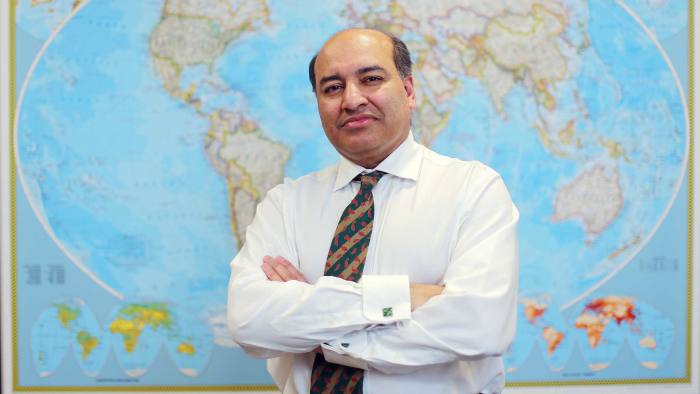 When Suma Chakrabarti visited Turkey, he didn't mince his words.

“As I say to any foreign investors that ask me, and many do, this is a country I would definitely invest in if I had the money. I don’t; EBRD does, and that’s why we believe in this country; that’s why we are investing.”

The president of the European Bank for Reconstruction and Development was visiting Turkey to mark a decade of the bank's work in the country. Turkey is the bank's largest portfolio.

“Ten years is just a start of a story. We are not only here when it is fine but we are here all the way through,” Chakrabarti said.

“This year, we have already invested 543 million euros. By the end 2019, this will reach 1 billion. Last year, we invested 1 billion, as well. To reach 1 billion euros of investment  in Turkey at a time when there is a lot of volatility in the Turkish economy has been great,” he said.

He added that the recovery in the Turkish economy had begun, with growth returning.

For investors, there are a number of draws in Turkey, he said.

“First of all, its geographical position. Secondly, it is a large market. There are 80 million people and a growing middle class. Thirdly, it is a very diverse economy. Fourthly, I would give credit here to the government- a big positive is the work it has been doing slowly but surely to improve Turkey’s position in the World Bank’s doing-business list.”

He added that EBRD had experienced success investing in Turkey, which had encouraged other investments.

“Because of the success we had in Turkey, our shareholders then decided if EBRD can do it in Turkey, it can do it in other non-communist countries, too. We have taken the lessons we have learned in Turkey to many other countries.”

The bank had also invested in Turkey's female entrepreneurs, helping 20,000 women over the last few years. The success of the programme had prompted the bank to branch out to other countries, Chakrabarti said.

If you are looking for a five-star property for modern family living in Buyukcekmece, look no further than these spectacular houses for sale within one of the most sought after private estates in Istanbul – designed by a renowned developer.