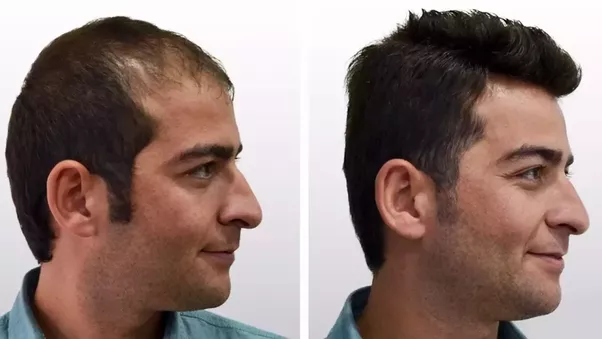 Local investments in health infrastructure and facilities over the last decade have paid off, with the number of foreign visitors coming to the country for medical treatment higher than ever. More than half a million people visited Turkey for health reasons last year, representing a 27 percent rise over 2017 and a huge leap for the medical tourism sector.

Hospitals and thermal have been particular targets, attracting greater levels of investment and a corresponding rise in the number of foreign tourists accessing these services.

Ankara Health Tourism Association (ASTUD) chairman Fatih Somuncu said people from all over the world access Turkish medical facilities for just about every health problem imaginable. At the top of the list are patients seeking procedures relating to eye diseases, oncology, orthopedics, aesthetics and hair transplants. Other treatments include rehabilitation and elderly and disabled tourism.

More than 550,000 medical tourists visited last year, a staggering number when you consider that in 2009 just 201,000 foreign visitors accessed health services in Turkey. While visitors hail from all over the world, citizens of the Balkans, the Turkic Republics and the Middle East make up the highest numbers.

The global health tourism market is estimated to be around US$500 billion, which means that even though Turkey's sector is growing, there's some way to go until it reaches a proportional share of the world's market.

This growth will happen, Somuncu believes.

"Turkey also welcomes many tourists from Europe because of the increase in the elderly population and the high prices on the continent."

Russians are a growing component of Turkey's health tourism sector. They are particularly attracted to thermal facilities, and the Thermal Health and Tourism Association (TESTUD) is doing a lot of work to increase the numbers of Russians accessing these facilities.

These tourists stay in Turkey for two to three weeks, spending between US$700 and $3,000.

Last year, around 10,000 Russians visited Turkey for health-related services. Yilik said this year, they're aiming for a tenfold increase, thanks to the promotional campaigns they've carried out around Russia, including at Moscow's largest rehabilitation hospital.

"The journey we initiated in Russia to promote the health tourism and the thermal riches of our country will continue at full speed," he said.

The positive numbers in the health tourism sector corresponded with a visitor boom in 2018, with 39.5 million foreign visitors travelling to Turkey last year, a 21.84 percent increase year-on-year.

One of the best projects that you will find in Bodrum today, this spectacular development offers a range of homes in Paradise Bay in Turkbuku and features 5-star on-site facilities for residents including a private sandy beach.

This elegant designer villa enjoys a panoramic view heading out towards the bay, sea, and Bodrum Centre from a highly sought after location just five minutes away from the famous Marina and all amenities needed.

These are luxury apartments for sale in the heart of Istanbul in the sought after Mecidiyekoy area of Sisli available in sizes ranging from one – four bedrooms with multiple different types for buyers to choose from.