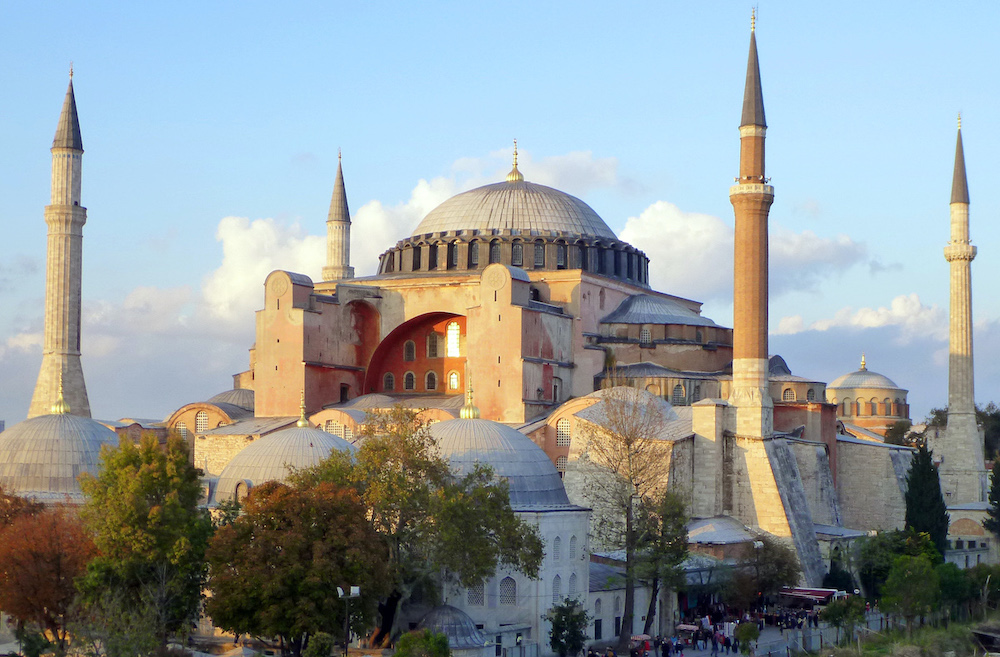 Recently, on July 10, 2020, a court in Turkey annulled a 1934 decree that had originally turned Hagia Sophia into a museum. On July 24, 2020, the landmark was officially restored as the Hagia Sophia Grand Mosque by Turkish President Recep Tayyip Erdogan.

Second anniversary of being a mosque

Speaking to local reporters on the second anniversary, Akturkoglu noted that the conversion back into a mosque was an important event, saying: “Like many other holy places in the world, Hagia Sophia is flooded with visitors. It attracts great attention from local and foreign tourists, especially after it was opened to worship again. In the second year since opening, the mosque has hosted over 6.5 million visitors.”

Akturkoglu also said that the mosque sees an increase of visitors on the weekends with people from all over Turkey attending morning prayer, social, and cultural events.

Akturkoglu spoke about the number of people visiting Hagia Sophia who are interested in converting to Islam, saying: “We oversee many conversion events at the mosque every day. Many people who want to convert to Islam decide to do so with our help at the Hagia Sophia and make it a memorable occasion. On average we hold three or five such ceremonies in Hagia Sophia every day.”

Managed by an administrative board and scientific committee, Hagia Sophia is able to accommodate up to 120,000 daily visitors with lots of precaution and attention to health rules to ensure maximum safety for all visiting.