Turkey attracted US$10.8 billion in investment last year, the Economy Ministry has reported.

Around three-quarters of this amount was equity investment flow, $4.85 billion of which was direct investment from the European Union, which made up 65 percent of the total annual inflow.

Direct capital inflow from EU countries was up by almost a third last year, with the Netherlands, Austria and the UK making up the top three equity investment sources with flows of $1.77bn, $326 million, and $324m respectively.

A large proportion of the capital entry investment flowed into the financial intermediation sector, followed by transport, communication, storage and manufacturing.

The figures also showed that last year, 5720 new foreign companies were established in Turkey, while 210 Turkish companies had input from overseas businesses and individuals.

Of the newly established companies, 3671 were from Middle Eastern countries, 897 from the EU and 424 were from other Asian countries.

As of the close of 2017, almost 59,000 companies with foreign capital were in business in Turkey, with over a third of those connected to EU countries. More than 22,000 of these companies are in the retail and wholesale sector, while 9583 are involved in real estate, and 7014 in manufacturing. 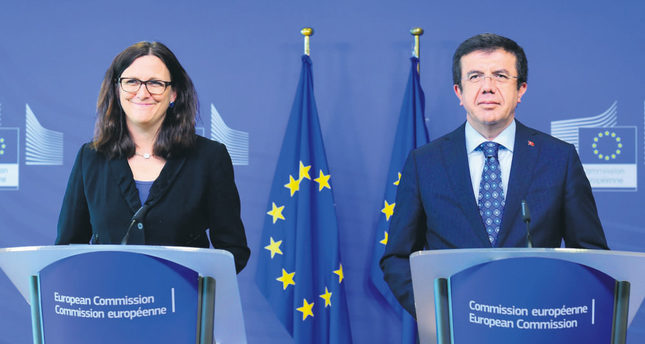 Last year, the Economy Ministry issued 338 incentive certificates for investment projects, part of the government’s drive to stimulate the economy.

A recent bill aimed at creating more jobs and encouraging investment is part of a raft of measures to increase outside investment and stimulate the Turkish economy.

Officials say the bill will create 700,000 new jobs, helping to alleviate unemployment, which has crept up in the last couple of years.

To support the creation of jobs, the government will support private companies in offering the minimum wage, as well as pay for social security premiums for almost 700,000 workers. This will cost the government billions of dollars but will provide longer term economic benefits.

The bill also aims to increase exports, production and research and development through tax cut, another costly measure for the government.