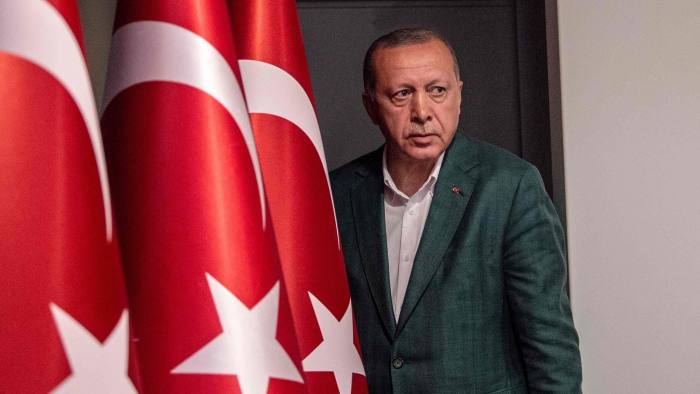 Despite winning more than half the nation's votes in Sunday's local elections, losses in Ankara and Istanbul have shaken the ruling party AKP's confidence.

With Ankara the country's capital and Istanbul the economic hub, the losses are a setback after the party's 15 years in power. The local elections were seen as a bellwether of national support for Erdogan, as the country looks down the barrel of tougher economic times. It was also the first civic vote since the president gained greater presidential powers last year, prompting accusations of increasingly authoritarian tendencies.

The AKP is appealing to electoral authorities, who have two days to decide whether the claims of irregularities are founded. The party said it had identified "irregularities and falsifications".

As the largest city in the country, Istanbul is a key city for Erdogan, who was once a mayor there. However, the AKP loyalist Binali Yildirim lost out to opposition party CHP candidate Ekrem Imamoglu by almost 30,000 votes: 48.79 percent to Yildirim's 48.52 percent.

“Had the other party won, I would have said ‘congratulations Mr Binali Yildirim,’ which I do not say because I am the one who won,” Imamoglu told reporters.

Erdogan had campaigned long and hard in Istanbul. But confidence in the ruling party was down due to high recession and doubt over the Turkish economy. may have been stung by the economy with Turkey in recession for the first time since 2009 and inflation in double digits.

More than 57 million of Turkey's 81m citizens were registered to  vote in the local elections. Turnout was high, at almost 85 percent.