Turkish property & economy news Erdogan: 2021 to be year of reforms for Turkey

Erdogan: 2021 to be year of reforms for Turkey 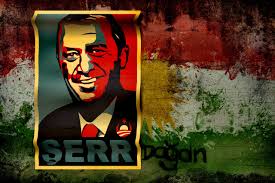 Next year will be a "year of reforms", promises Turkish president Recep Tayyip Erdogan.

At two events last week, the president of Turkey spoke of a "year of democratic and economic reforms" in 2021.

At one event, he heralded the construction of a $46 million road. "We'll continue to work day and night in the belief that the greatest honor, the greatest share, the greatest politics is to earn work for our nation, to serve, to raise the reputation of our country."

The pandemic had struck at a critical time in Turkey's society, he said.

"The world is going through a process in which the health crisis that began with the coronavirus epidemic has evolved into increasingly deep economic and political shocks. Turkey has been caught up in this historic transformation at a time when it is developed in terms of infrastructure, is politically strong, prepared economy-wise and active both on the field and at the [negotiation] table."

He added that every development that was underway in the region would strengthen Turkey, and that the country welcomed collaboration and investment with its regional partners.

"We are ready to meet, talk, negotiate and act together with everyone, provided that our sovereignty, rights, law and potential are respected."

Next year would be a seminal one, he promised.

"I hope that 2021 will be the year of democratic and economic reforms, as we promised our nation."

At another event at a lithium carbonate production plant, Erdogan praised the project, which would create lithium to be used in the production of Turkey's first electric cars. This was one of the many sectors that were growing, he said.

New investments were taking place every day, in every sector from culture and art to transportation and agriculture, he added.

"We're trying to bring not only hydrocarbon resources to our economy, but also other natural and underground riches in our country. We're working hard to uncover Turkey's true potential in this strategic area, which has been neglected for years before us."