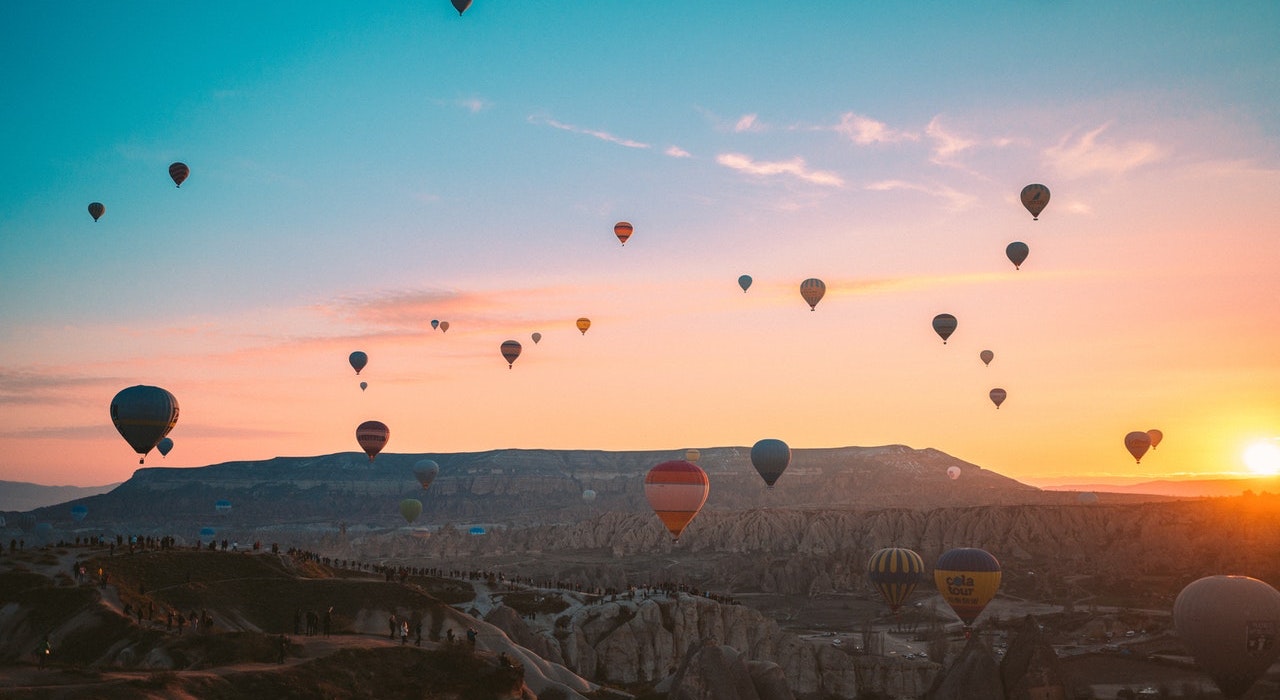 The UNESCO world heritage site, Cappadocia, saw foreign and domestic tourists flock to celebrate the New Year amidst the historical, cultural, and natural marvels that the area has to offer. The region put on special celebrations in various ways, with hotels welcoming tourists from all over the world to join in the festivities.

Due to the COVID-19 pandemic, the New Year celebrations in 2021 were low key, measured, and followed strict guidelines to ensure all celebrations were safe. This year, saw occupancy rates hit an all-time high, standing at almost 100%.

A tourism expert in the area, emphasised that Cappadocia was buzzing with domestic and foreign tourists getting into the spirit of New Year. He went on to say: "Last year, we cancelled all our programs because of the pandemic. This year was a far different story. There was a high demand for New Year's Eve, with a momentum that started in October."

The expert went on to say: "As a tourism facility, we had already reached 100% occupancy three months ago. There was a significant momentum this year."

A Turkish hotel owner in Cappadocia said that there had been a considerable uplift in the number of tourists coming to the area, which strongly indicates that the 2022 tourism season looks busy.

He went on to say: "We are very excited. Cappadocia is an essential place for world tourism." The hotel owner also suggested that pictures shared on social media in the past year have made a massive contribution to the region's popularity.

According to geologists, the Cappadocia region is approximately 60 million years old and was created by the erosion of the soft layers of lava and ash from Mount Gullu, Mount Hasan, and Mount Ericyes. Through the north of the region runs the Kizikirmak river, at the south are the Taurus mountains, the Kayseri plain is to the east, and the salt flats of Lake Tuz to the west.

The area is famous for its odd geological makeup with the honeycombed hills, cave dwellings and fairy tale scenery. The rock formations have been created using volcanic ash. The region is also well known as the handicraft capital in Turkey, with various master weavers creating stunning carpets, artisans giving shape to ceramics and creating unique onyx stone carvings.

With everything that Cappadocia offers, it is easy to see why it is such a tourist attraction.