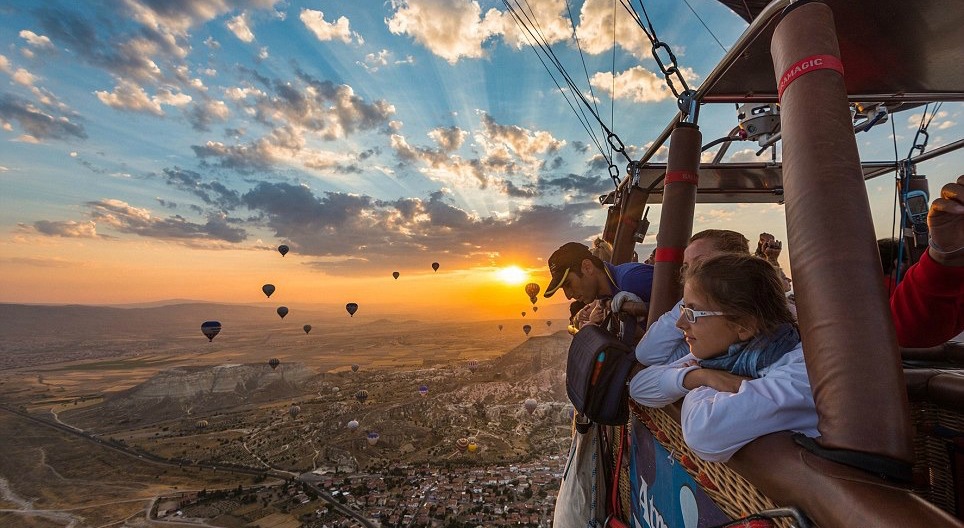 Cappadocia has seen the highest number of tourists in 10 years with 123,244 foreign and local visitors in January. Due to this immense activity the tourism sectors have high hopes for the rest of the year. Professionals in the tourist industry in Cappadocia are expecting the region to enjoy its busiest year ever. Cappadocia is known for its valleys with natural formation of rocks, tours in hot air balloons, historical monasteries, fairy styled chimneys and beautiful boutique hotels. In 2018, the region welcomed 2.9 million foreign and domestic visitors.

Mustafa Durmaz, the Chairman of the Goreme Tourism Development Cooperative said that the force with which the year has started in the Cappadocia region is not only excellent for the area, but has also set the precedent for how the visitor numbers would start to increase rapidly towards the spring when the tourist season properly begins.

Durmaz went on to explain that the number of visitors to Cappadocia in January is the highest it has ever been, and that the resort of Cappadocia was one of the most active and popular in the country with tourist numbers only being beaten by ski resorts. As well as this, 2019 is set to be a great year with many of the hotels in the area already fully booked for the start of the season in April.

A manager of a hotel that is located in Cappadocia reported that there was a huge wave of bookings in the region in January, and a vast number of bookings for the coming months. The manager went on to confirm that they had experienced their best ever tourist numbers in 2018 and early data and bookings from 2019 confirm that it should be a fabulous year for bookings in Cappadocia with the region welcoming people from all corners of the world.

The tourist point of view

Luan Dolly, an American tourist who spent a lot of his time walking around the stunning fairy chimneys of the region said that he was visiting Cappadocia for the second time, the first time being 20 years ago and was so pleased that it was still as beautiful as it always had been. Dolly was happy to have found the landscapes still untouched and was quick to say that Cappadocia is still as impressive and unique in terms of views. Dolly said that the historical sites and underground cities of Cappadocia fascinate him.