Cappadocia gears up for a “Golden Year”

Cappadocia is at the forefront of Turkey’s tourist revival, with the region expecting a bumper number of visitors this year.

With its fairy chimneys, ancient underground cities, mysterious caves and hot air balloon tours, Cappadocia has always been popular with visitors looking for something a little out of the ordinary, and around 2.5 million people visit the city each year.

However, this year Cappadocia is set to do better than ever, with hotel occupancy rates at almost 100 percent for April and May, and filling up fast for the summer and beyond. 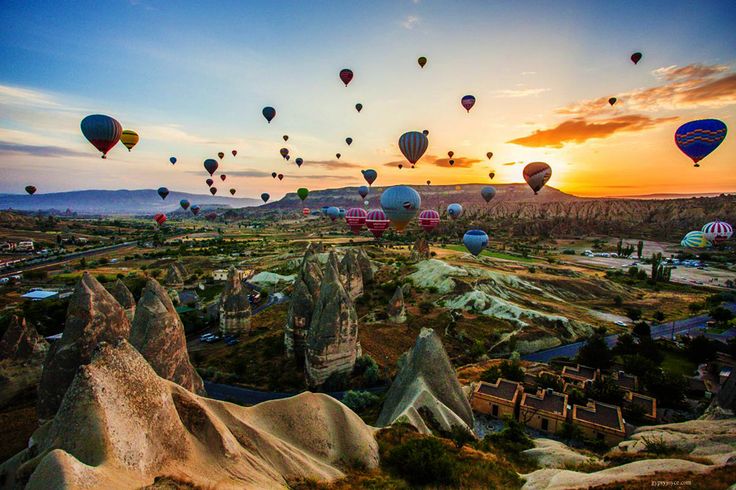 Tourist numbers dropped in recent years following security concerns and the war in neighbouring Syria. However, thanks to an aggressive campaign by Turkish tourism officials, including promotional events and international affairs, the first three months of the year have seen a resurgence of visitors heading to Turkey. This includes a few new markets, including visitors coming from far eastern countries like China, Japan and South Korea, as well as Latin America.

Goreme Tourism Development President Mustafa Durmaz told Anadolu Agency that Cappadocia was now a world brand, and 2018 would be a “golden year”. He added that if numbers continued to rise, demand will soon outstrip bed capacity, which is currently 29,000 in the region.

Cappadocia Touristic Hoteliers and Entrepreneurs Association president Yakup Dinler said 2018 will be remembered as a success for years to come, citing the return of some tourist markets, and emergence of new markets.

“Sea resorts are always popular but Cappadocia is one of a kind,” he added.