Speaking at a press conference about the Trans Anatolian Natural Gas Project, a pipeline that will transport gas from the Caspian sea to Europe by way of Turkey, Erdogan said the initiative is great news for Turkey - and the wider world. For Erdogan, the positive story is also good news ahead of the July 24 elections. 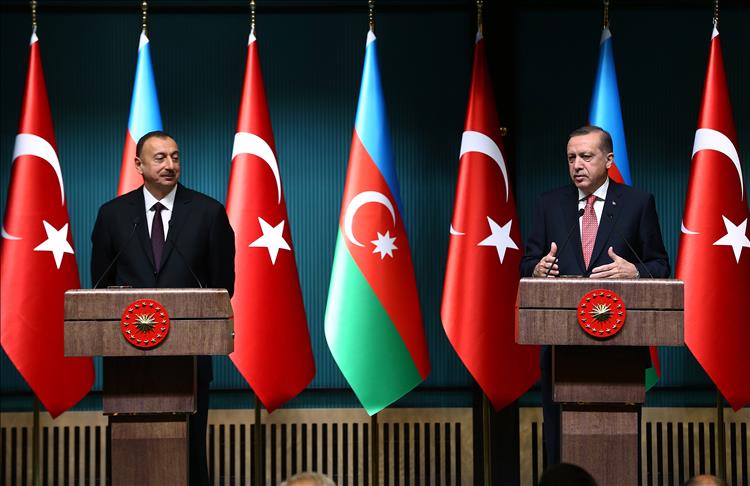 The two countries have always had a strong relationship, with an Azerbaijani ex-president describing the two as “one nation with two states.” The countries share an 11 kilometre border, and Turkey has always supported its neighbour’s independence efforts since it broke from the USSR in 1991.

In 2016, Azerbaijan invested $650m in Turkey, an investment surge that was due in part to Turkey’s economic indicators, but the devaluation of the Azerbaijani economy. It’s also down to the huge investments made by Azerbaijan’s energy giant, SOCAR. The huge oil company has pumped billions into a number of significant investment projects in Turkey, including TANAP, the Star Refinery and others.

The two countries are also firm trading partners, with mutual trade reaching around $5 billion each year.

Azerbaijani president Ilham Aliyev said Eurasia’s energy and transportation map is changing. “Such projects will increase our power, improve regional cooperation, and bring in sustainability,” he said. "We are friends and brothers with Turkey and our main export route is via Turkey,"

So far, Turkey has invested around US$12 billion in Azerbaijan, while Azerbaijan’s investments in Turkey stand at around $14bn.

TANAP begins at Turkey’s border with Georgia, and will travel 1850km to the Greek border, in Turkey’s Edirne province. At this point, the pipeline will connect to the Trans Adriatic Pipeline, which will take the gas to European markets. TANAP will become part of the Southern Gas Corridor, which will carry 16 billion cubic metres of gas by the end of this year, and 31bcm by 2026.

The pipeline project, that should be up and running by the end of June, aims to diversify Azerbaijan’s gas export markets as well as improve the security of Turkey and Europe’s energy supply. Until now, Turkey has imported 98 percent of its natural gas, and the TANAP will allow the country to enjoy more autonomy and independence.