With most tourists to Turkey staying above sea level - save for a cooling beach dip - few ever get a glimpse of what's going on below the Mediterranean waters.

But since 2017, this has changed. Turkey's first tourist submarine, Nemo Primero, launched two years ago off the coast of Antalya, a popular resort town on Turkey's Mediterranean coastline. The unique attraction gained a lot of attention when it launched in 2017, and the growing numbers of tourists boarding the vessel each year has seen the submarine declared a success.

The submarine's operation officer Zafer Deveci said the attraction will host some 22,000 tourists during this year's summer season, which starts this month. That's, 4000 more than 2018. 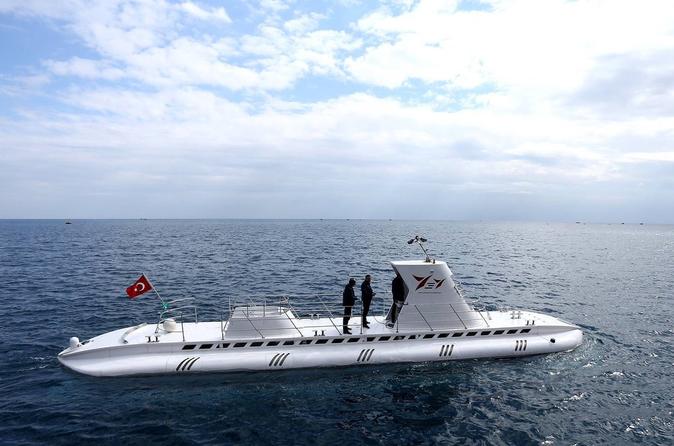 The 18-metre, 106 ton submarine operates five dives a day, with each journey taking a maximum of 44 people to a depth of 110 metres below sea level. Passengers journey to the wreck of St Didier, a French ship that was sunk in 1942, during World War II and is now located 35 metres below sea level near the Kaleici yacht port.

"The sunken wreckage has grabbed the attention of foreign tourists, who like to take photographs of undersea life," Deveci said.

Guests are also taken on tours of the submarine, and divers perform shows in the water outside.

The attraction is most popular with German and Russian tourists, Devici said, adding that the company aimed to offer trips to Sican Island in the future.

The submarine was bought from Finaland, and modernised in Spain, a year-long operation that cost more than US$5 million. The electric-powered vessel has 22 observation windows and is capable of staying beneath the water for 10 hours.