11% Increase in Foreign Visitors to Turkey in 5 months 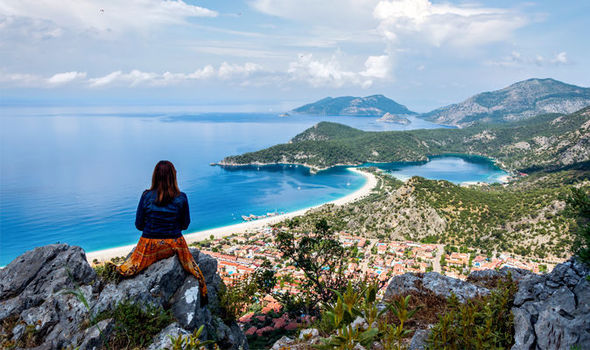 In the first five months of this year, the number of foreign visitors arriving to Turkey showed a huge increase of 11.3% year-on-year according to statistics from the Ministry of Culture and Tourism. In total, almost 12.8 million foreigners visited Turkey from January to May this year in comparison with 11.5 million recorded for the same time last year.

Tourist and Travel statistics in Turkey

As always, the top tourist destination in Turkey, recording 5.4 million foreign visitors was Istanbul, with Antalya coming in second with a total of 3.1 million visitors during the first five months of the year. There were 1.8 million or 13.1% Russian visitors followed by 1.2 million or 9.5% German and just over 980,000 or 7.7% Bulgarians.

According to the Ministry of Culture and Tourism, last year Turkey was host to 39.5 million foreign visitors, which was an increase year-on-year of 21.84%. The national statistical body confirmed the country’s income from tourists has soared with a 12.3% increase to 29.5 billion USD. The aim for the country this year is to welcome 50 million tourists in total.

Travel by air was the most common way of arriving to Turkey, with a total of 9.6 million foreign tourists flying into Turkey. There were a further 2.9 million visitors using the railway and road, and 307,000 arriving by sea.

According to data that was released from TUROB, the Turkish Hotel Association, hotels in Turkey occupancy stood at 55.3% in May, down from the same time last year which was 62.5%. However, the average room rate was 68 Euros which is an increase of 4.9% year on year.

Who visits Turkey the most?

Although Russians do holiday elsewhere, their number one holiday destination yet again is Turkey. The Association of Tour Operators in Russia also confirmed this and released a statement that showed Turkey is the preferred destination, as was the case last year with the demand for Turkish holidays up by 10 – 15% when compared to the same time the previous year.

Turkey is most attractive when compared to its competition due to the affordability, climate and variety of things that the country has to offer. The Antalya Provincial Directorate of Tourism and Culture confirmed that the holiday resort has already welcomed 1.25 million Russian visitors in the first five months of this year, which is an increase of 20% on the same period last year. The official channels are expecting 6 million Russian tourists to visit Turkey this year.