The designer, whose unique style is beloved by celebrities like Jennifer Aniston and Kevin Spacey, has left his distinctive mark on the G by Yoo Hotel in Media Highway, Istanbul, also known as Basin Ekspres. G by Yoo is a project which embodies his spirit of democratic design. 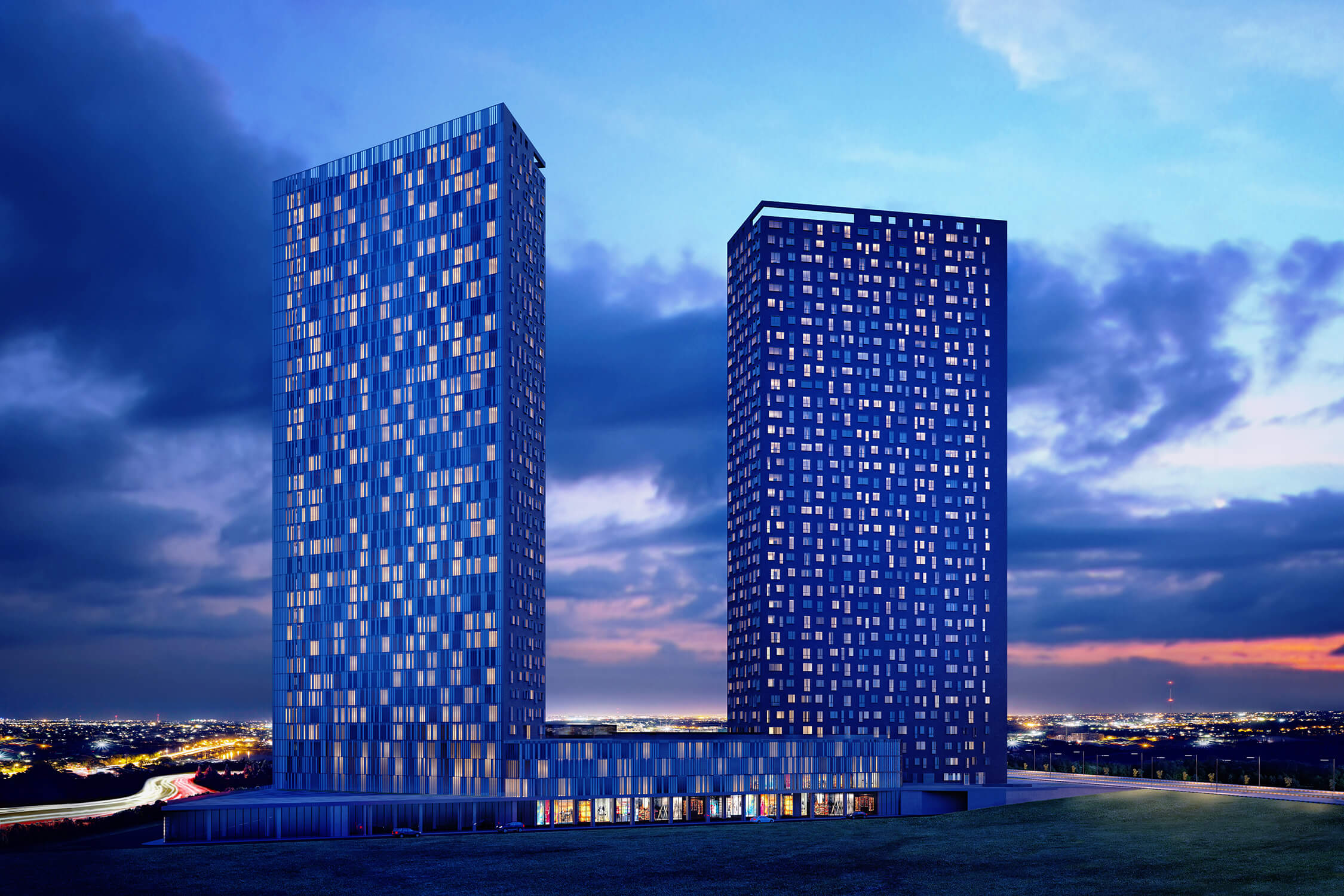 Founded by Starck and property entrepreneur John Hitchcox, YOO is a residential and hotel design company offering up creative design from world renowned designers. The company’s apartments Istanbul project - G by YOO - offers 721 studio, one and two-bedroom units in two 35-storey towers in a bid to bring “affordable luxury” to the city.

Starck has called the development’s philosophy “affordable happiness”, and has designed the towers in an inventive triangular shape to ensure residents enjoy maximum daylight. 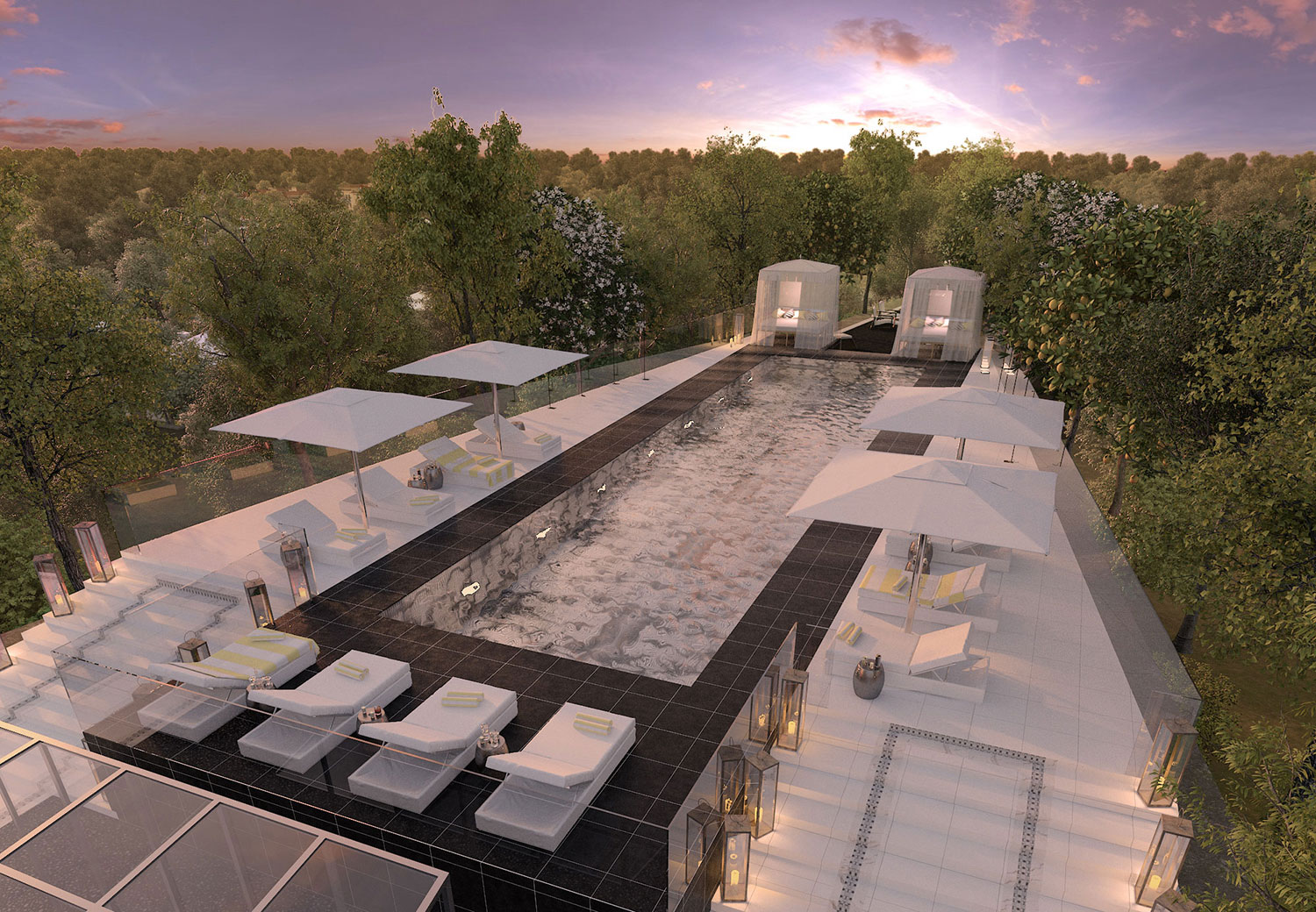 “I am very excited by this, our largest and most ambitious project in Turkey," Philippe Starck said. 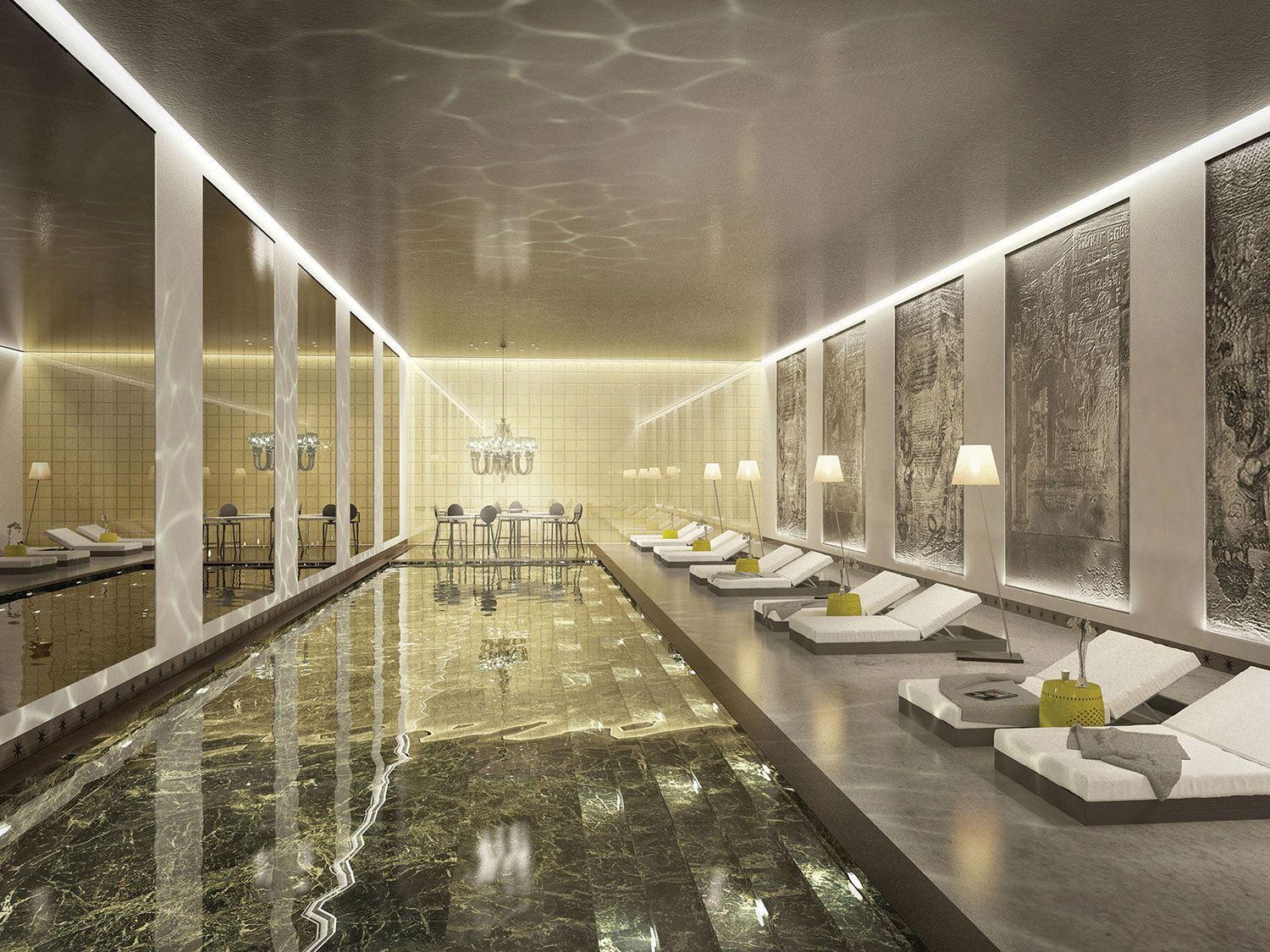 $150,000
1
1
Istanbul
The 67-year-old designer known for his simple-yet-inventive furniture and objects has always had an interest in where and how people live.

Although the Frenchman began his career working with big name brands - like Driade, Alessi and Kartell - his philosophy of democratic design turned his focus away one-off design towards mass production - seeking ways to reduce cost and improve quality in goods produced for the mass market.

'When you work for the profit of humanity, you'll have success.'

In the 1980s, Starck’s output quickly began to expand, encompassing furniture, decoration, architecture, wind turbines, domestic appliances, office equipment, clothing and vehicles. In 1989 he designed a series of buildings in Japan which garnered international attention for their innovation: especially the Nani Nani building, which was built with a material that evolves over time. 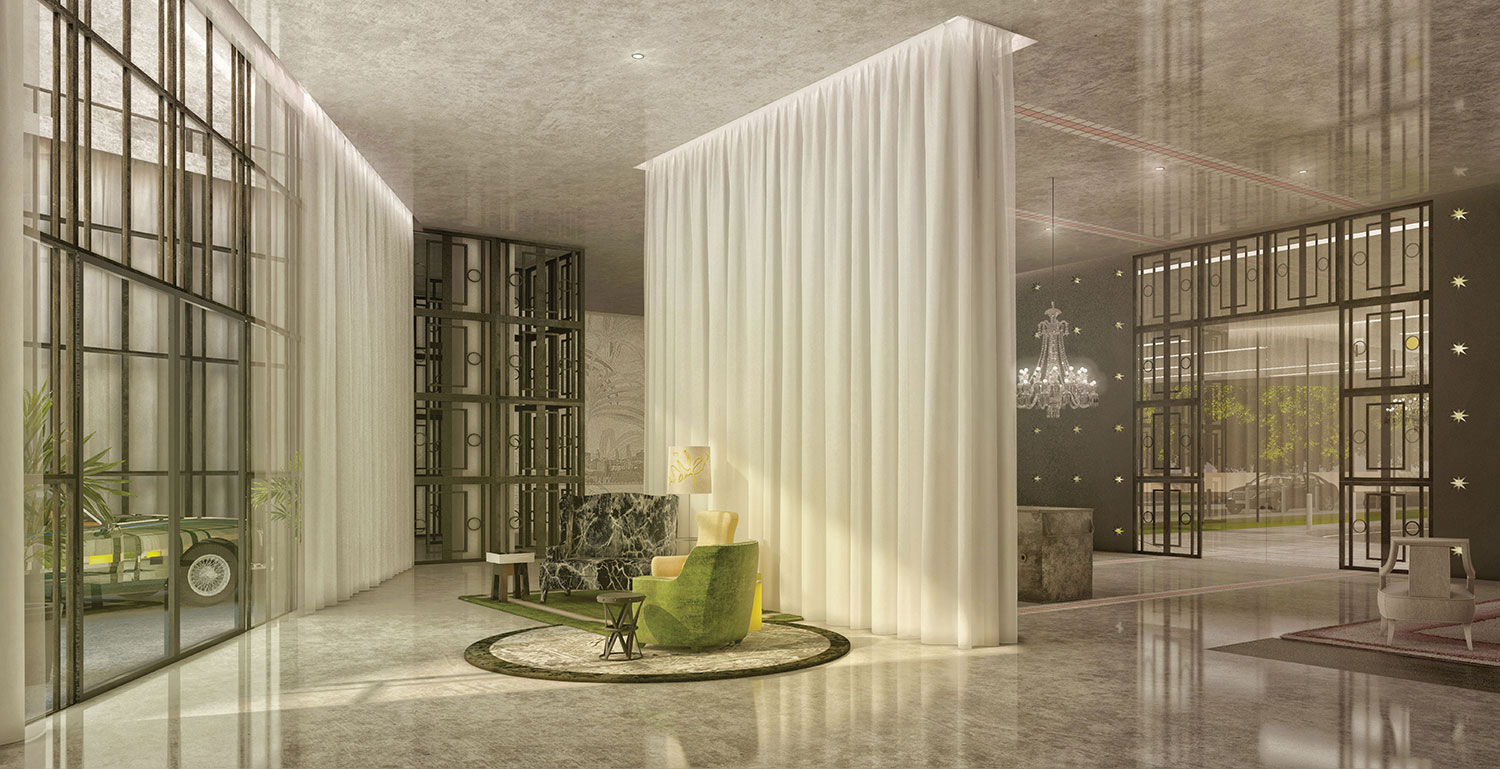 For the past 30 years Starck, who credits Leonardo da Vinci as his inspiration, has been designing hotels all over the world including New York’s Royalton, Miami’s Delano, LA’s Mondrian and London’s St Martin’s Lane. During this time he’s been working to democratise “designer” hotels, offering rooms at a lower cost than other big name brands. 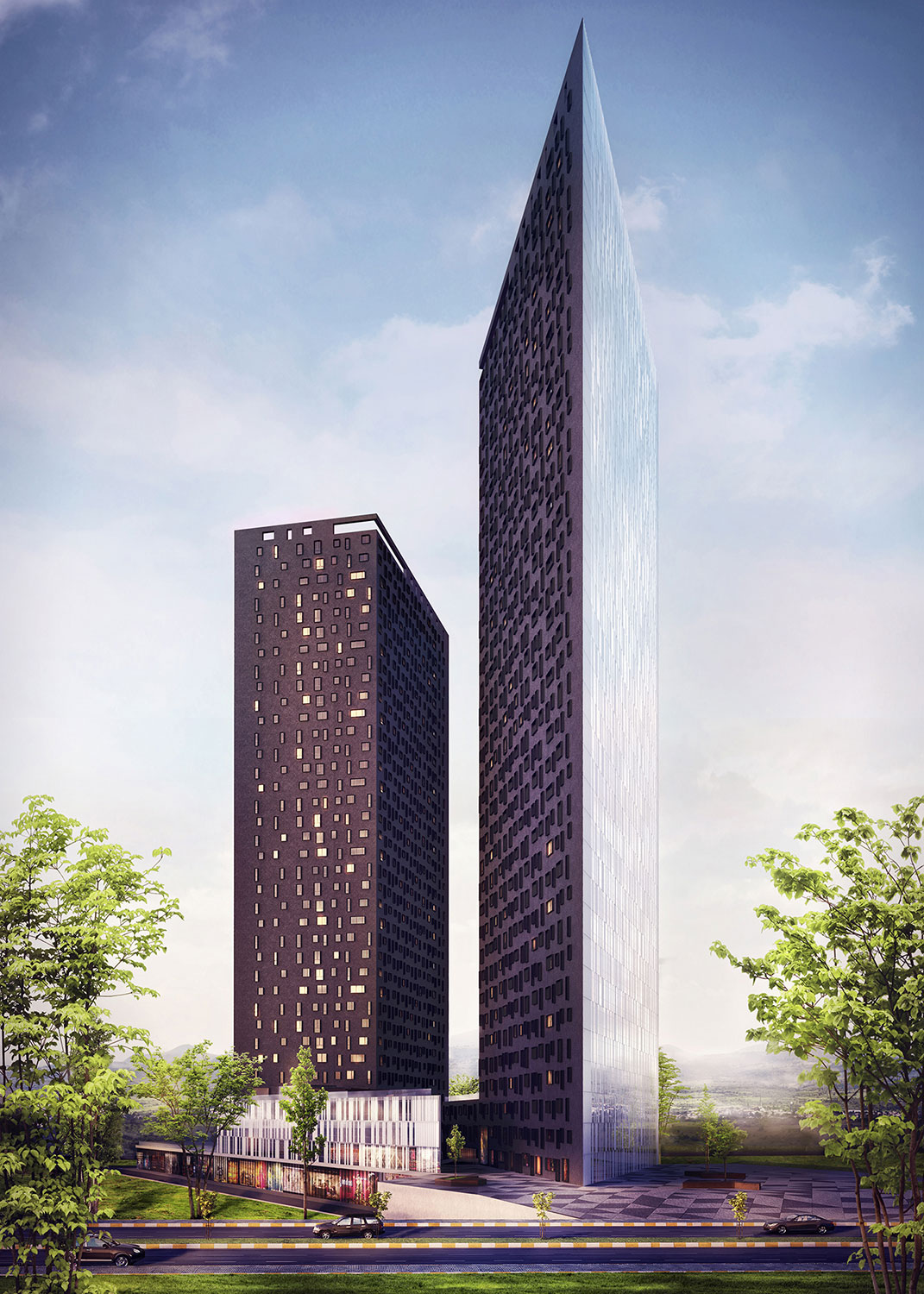 G by Yoo’s location in the Media Highway, one of Istanbul’s newest and hottest investment locations, ties in beautifully with Starck’s ideals of providing democratic residences.

Located on the European side of the city near Ataturk Airport, the Media Highway has benefitted hugely from $1 billion of investment. With developments ranging from affordable to luxury, and excellent connections around the city, G by Yoo sits comfortably in the rapidly growing area.

The Media Highway area is proving popular with commuters who can reach the central city via the E5 and TEM Highways in just 25 minutes, or by metro rail. It’s within reach of pleasant coastal locations and elite residential areas, although in the area itself lifestyle facilities are quickly being developed for residents. The G by Yoo development, with the cachet of Philippe Starck’s name attached to it, will likely be a highly sought-after complex among young professionals. If other YOO projects are anything to go by, units will sell quickly as buyers rush to invest in Turkey 's most lucrative city.

“YOO has an excellent sales record in various metropolitan cities throughout the world, with some projects selling out within just a few hours of launch,” Starck said.

Property Turkey is offering a 5% automatic discount and a special payment plan to the first 30 buyers. Buyers will need to pay a 35% deposit, with the rest payable in 36 months - an extra 12 months over the usual plan of 24 months.

Investment opportunity close to Atakoy Marina in Istanbul, this project offers a range of apartments and excellent on-site facilities. Set for completion in 2018, prices will rise dramatically, making the time to invest right now.