As the largest city in Turkey and the 21st largest city in the world, Istanbul is a hive of frenzied activity for the tourism, business and financial sectors. Naturally, these are all supported by an intense network of transport options, ranging from the Metro, tram, car hire, taxis and buses of which collectively are used by more than 5 million people every day.

Even the most widely travelled people can find the transport network confusing with its range of options, varying prices and destinations, all of which are unknown to the newcomers of the city. With that in mind, here’s the lowdown on navigating the frenzied transport network of Turkey’s greatest city.

Paying for your Journey

There are two pre-paid ways to pay for your journey of which both are accepted on all major transport systems except small dolmuses (local neighbourhood buses) and the yellow taxis. Purchase the Jeton token from small kiosk-like vending machines situated at newspaper kiosks. The machines say Jetonmatik or Biletmatik on them. Most people prefer the Istanbul Kart though because it is cheaper. These are also available at newspaper kiosks or the IETT counters situated around the city.

Identified by the “M” symbol and running from 06.00am to midnight, the metro system is handicapped-friendly and consists of four routes from and to various places including the popular Taksim square. Four more extended routes are also currently under construction. For people arriving at Ataturk airport, catch the M1 metro and then swap to the tram system to reach the touristic districts of Taksim or Sultanahmet. 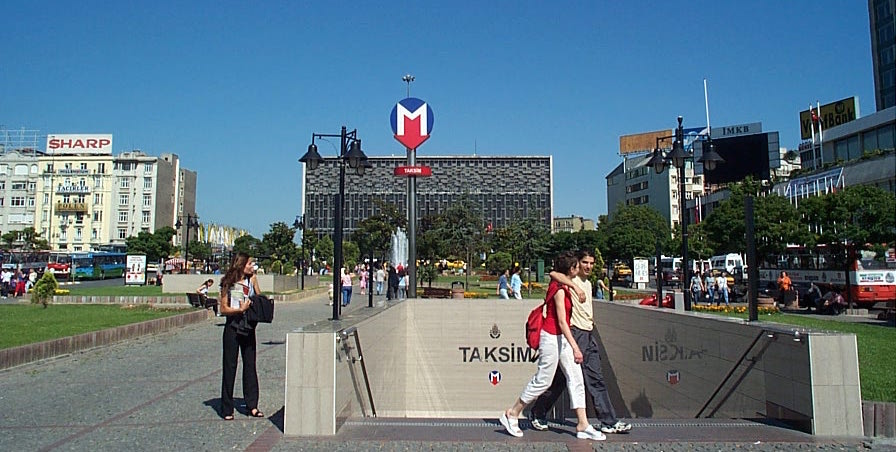 Commonly used by tourists to travel between the Sultanhamet, Galata and Eminonu districts, the tram is also wheelchair friendly, although some stations have been criticised for the access to the platforms. The heritage tram of Istiklal Avenue is one of Istanbul’s most photographed symbols and even if you do not use it for transport needs, it is considered a tourist must-do. 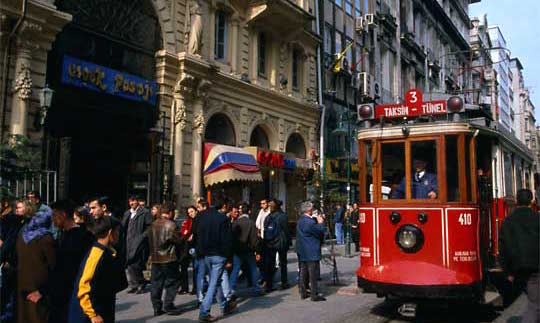 The Ferry network is another iconic photo of touristic Istanbul, although it is widely used by business travellers, getting from one continent to the other; therefore avoid using it at peak time because a leisurely journey can turn into a stressful event. Outside of peak time, you can also use the ferry service to reach the Princess islands which are renowned for their old Ottoman mansions. Fare prices range from 2.15 to 5 lira.

The Humble but Hectic Bus system

Running from 6am to 11pm, most bus stops display route timetables and these are easily identified with the IETT sign, although there is another private bus system. Any local or resident expat of Istanbul will tell you to avoid the bus system at all times. They do not have their own designated lanes like the metro or tram system, therefore getting stuck in traffic jams is a frequent occurrence. Likewise catching one at peak travel times often turns into a nightmare, especially in the heat of summer as most buses do not have air conditioning. 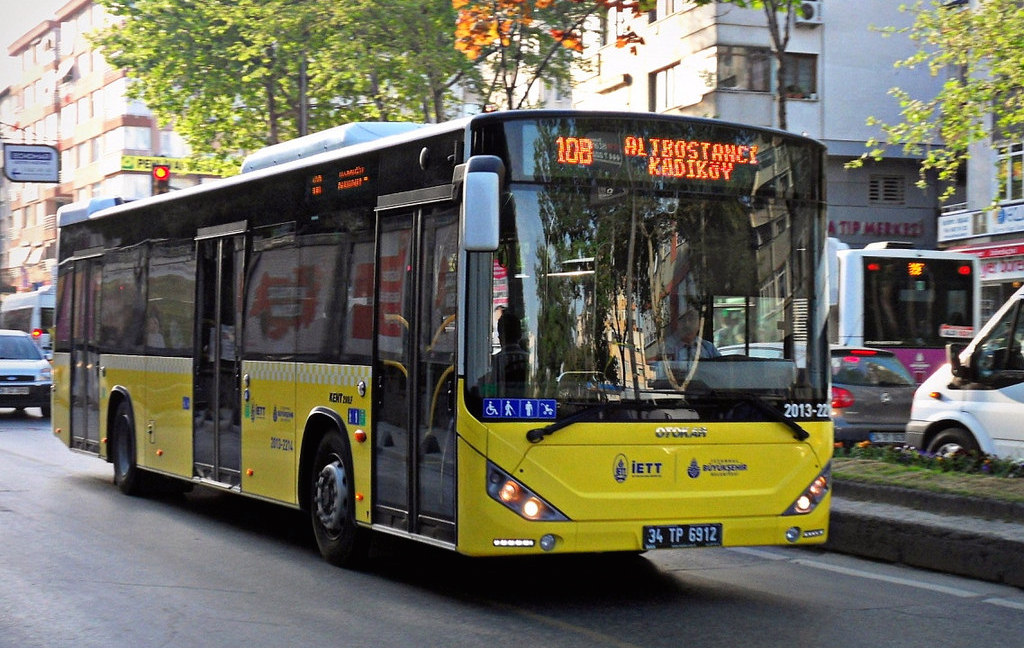 Tell any local of Istanbul that you have plans to hire a car and they will look at you like a mad person. Traffic jams, accidents, forceful drivers and road rage are a daily occurrence. Even if you have experience of driving in large cities, this is one option to avoid. 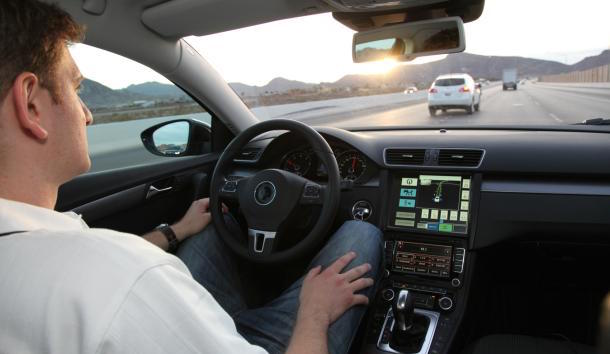 The yellow taxi system is cheap and affordable, although be aware of the common taxi scams as mentioned in our last article. These include hiding money, taking longer detours and not using the meter system. Taxis can be ordered by telephone, picked up at a rank or hailed in the street. While taxi drivers at expert at navigating the intense traffic system, most of them do not speak English so it is wise to use a map or have your destination and address written down. 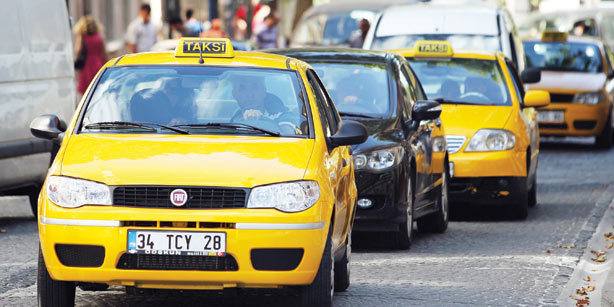 There are two funicular routes that run from Taksim to Kabatas and Karakoy to Beyoglu. The Karakoy route dates from 1875 and is the third oldest underground train in the world. Running from 07.00am to 9pm, it frequently departs every 2 minutes. The Taksim to Kabatas route (F1) was introduced in 2006 but has grown in popularity because it only takes approximately 3 minutes. The modern cars are air-conditioned and run from 06.00am to midnight. 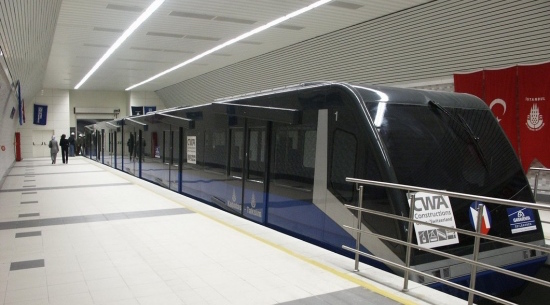 If time is not an issue, and your chosen destination isn’t far away, we recommend walking your way around the city. It is the best way to absorb the culture and vibes but can often turn into the quickest route as well. 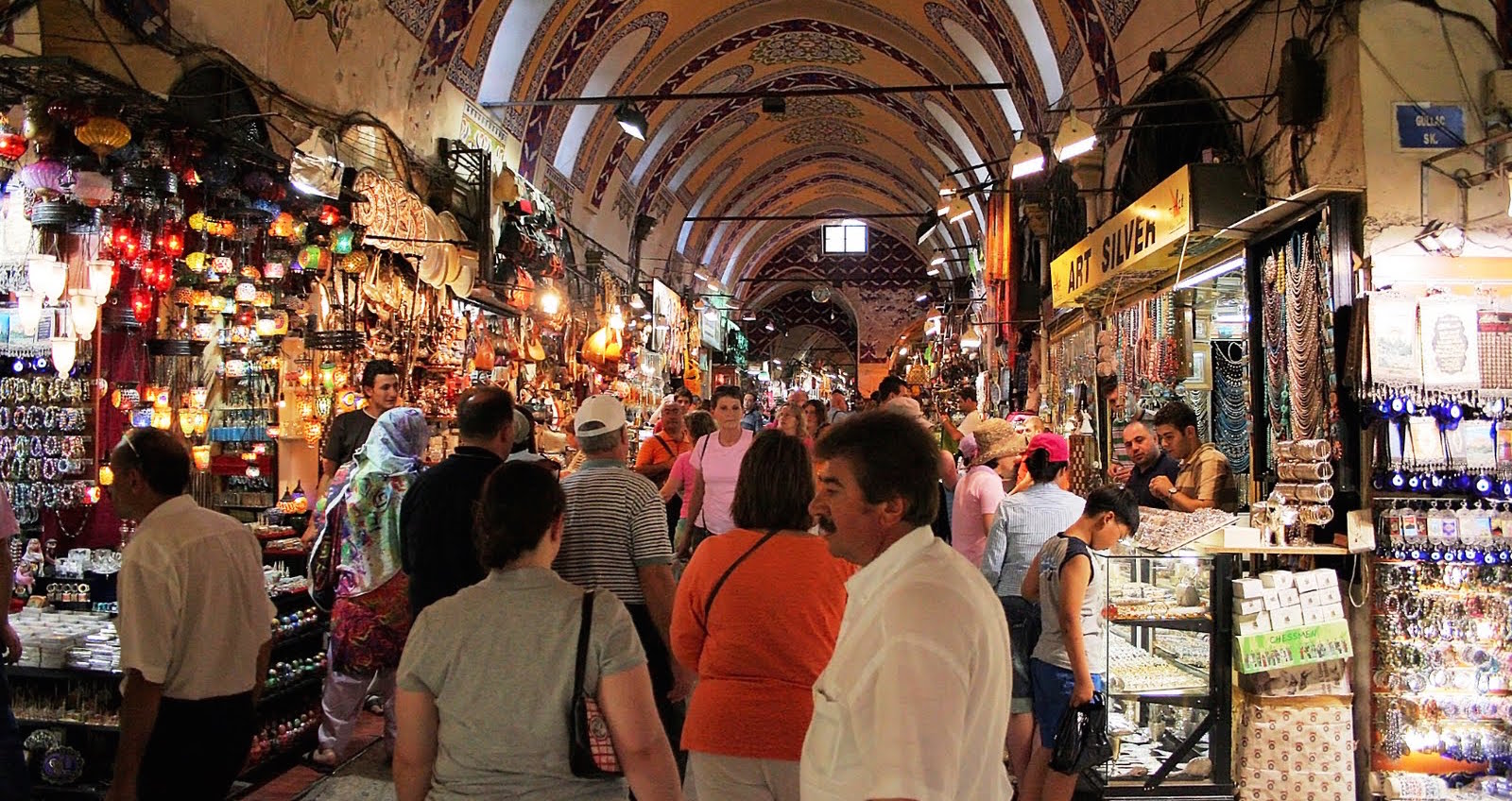