You can look at street art two ways: every street is an open canvas for an urban artist and their undoubted, precocious art, or merely a wasted talent struggling to express themselves and, inevitably, painting a one-way path to a life of criminal damage. 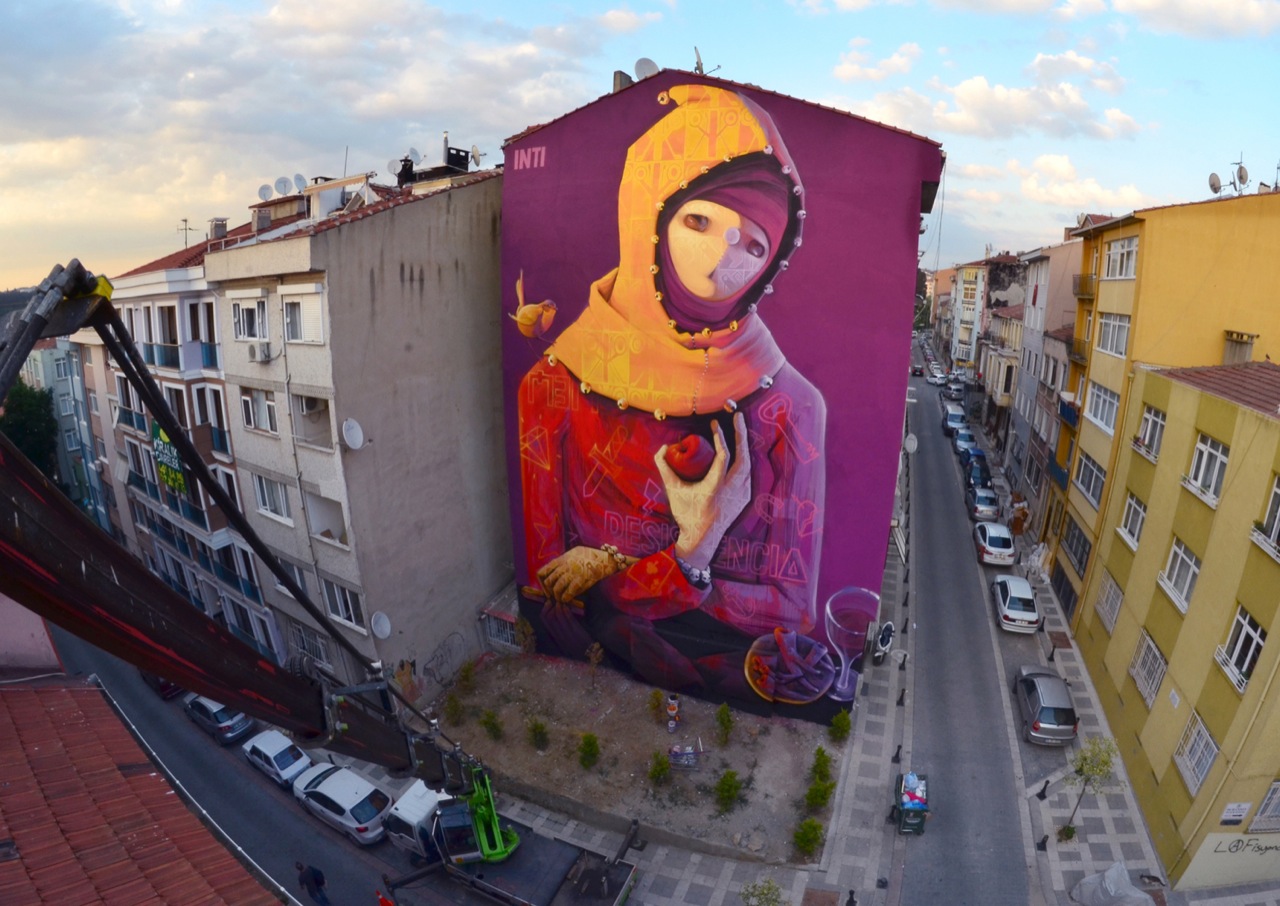 However, when judging street art in and around the neighbourhoods of Istanbul, you can only be drawn to one conclusion. The fantastic artistic talent floating around the many millions that live cheek by jowl in this unique city is overwhelming. Such is the talent of graffiti artists, opportunistic travel agents and city travel guides are even crafting special tours of some of the most colourful and stand-out artistic themes that blanket the city.

The roots of street art lie in the disaffected artists of New York, London, and Berlin, who railed against the mass media communications of the late 1970s and 1980s and began to bring their urban concepts to public views, mixed in with influences from the hip-hop scene. Their influences have moved on, and over, to Istanbul, where a younger generation of artists capture the Western concept and drive it into their messages of hope, struggle and dreams, projected on the walls of the metropolis. 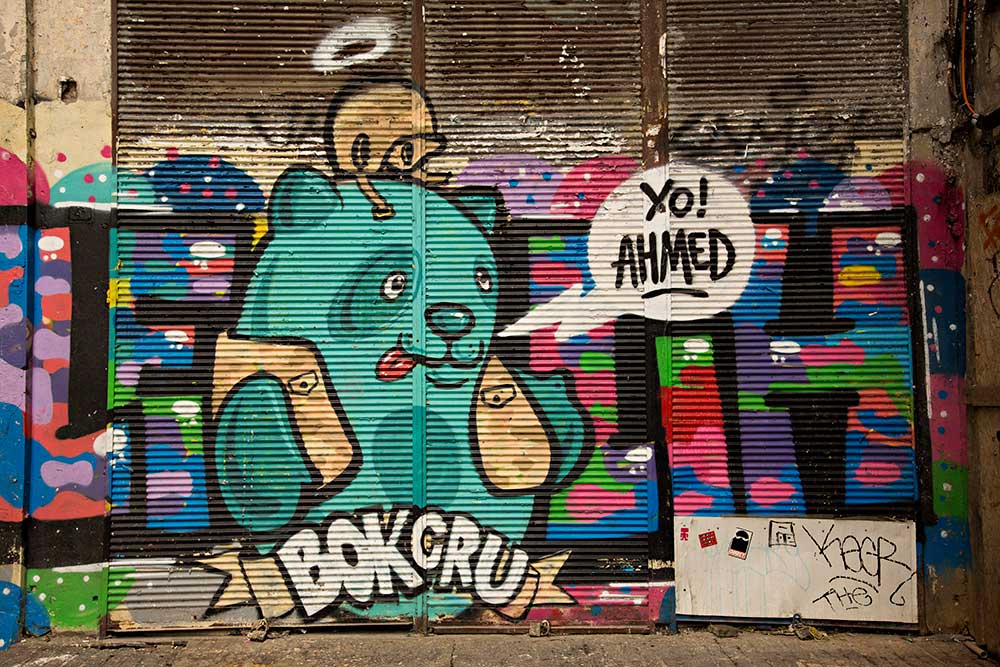 Some of the most creative designs, motifs, logos and stencil drawings are seen across a variety of districts, but the stand out neighbourhoods are usually around Istiklal Avenue, in Taksim Square; Tunel, Karakoy; Sishane; as well as Maltepe, Kadikoy and Moda. Having taken in some of the graffiti-ed areas, we recommend you stroll along the streets around Taksim Square, the heartbeat of the young and arty on the European side, and you may even catch a street artist bringing their work alive.

Similarly, Karakoy is one of the coolest places to hang out, particularly for the urban music scene. Hand-in-hand, the art scene around Yuksek Kaldirim Street is funky, edgy, and very colourful as they portray the ideas, thoughts, and messages of the millennial generation. On the Asian side, just a half-hour boat ride over the Bosphorus, the Kadikoy district, littered with colourful and diverse scenes from local and international street artists is one of the most vibrant urban scenes of any city. 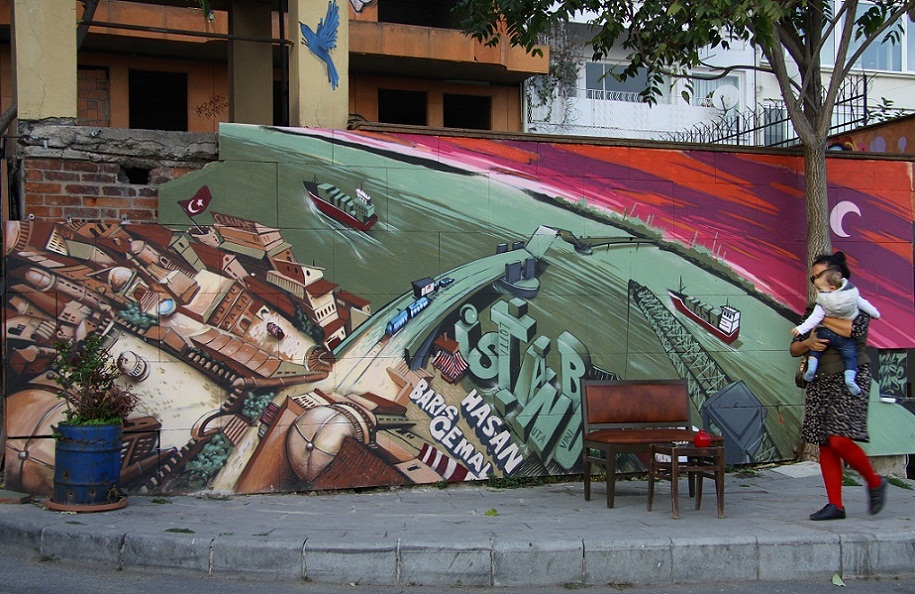 Banksy – The King of Street Art Comes to Istanbul

As Istanbul's street art scene grows, it has in recent months hosted the doyen of world street art - Banksy. Karakoy was the ideal location to host nearly £20 million worth of his artwork. The Art of Banksy received its world premiere at the newly opened Global Karakoy gallery.

Gallery owner Steve Lazarides said the exhibition, hosted in January 2016, featured more than 100 pieces from across the world but was also a collective nod to the influential role of Istanbul's burgeoning street art scene.

While Banksy generally takes the plaudits, the street art of Istanbul resonate to the names of a different collective. These include Leo Lunatic, Luxury Hands, Germany's Kripoe, 1UP, Mr Hure, as well as Demo and Gezi. Names such as Nuka, Pixel, and Esk are among some of the characters helping to change the grey urbanisation of Istanbul into a thriving, colourful scene. 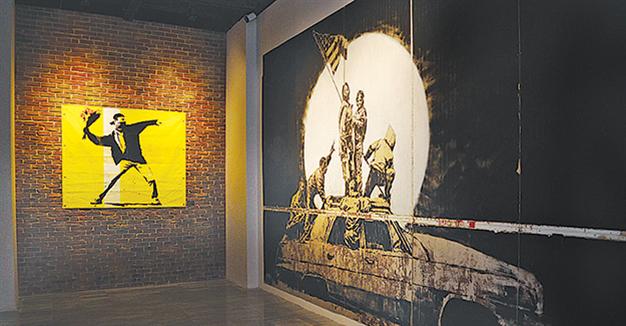 Whether it's the panda in Taksim Square or the murals in Kadikoy, co-funded by the local council, the contestants for unique expression are extensive and varied. Blending complex shapes, signs, and messages in one explicit depiction, behind every mural is a message.

The Caferaga neighbourhood of Moda reveals some of the talents of Russian Rustam QBic while Catalan artist Deih’s spaceman brings the Hasanpasa neighbourhood alive in glorious technicolour. Back in Kadikoy, the Ottoman duelling horses is a pedestrian-stopper, while Pixel Pancho offers a fascinating look into their world with a mural in Osmanaga. 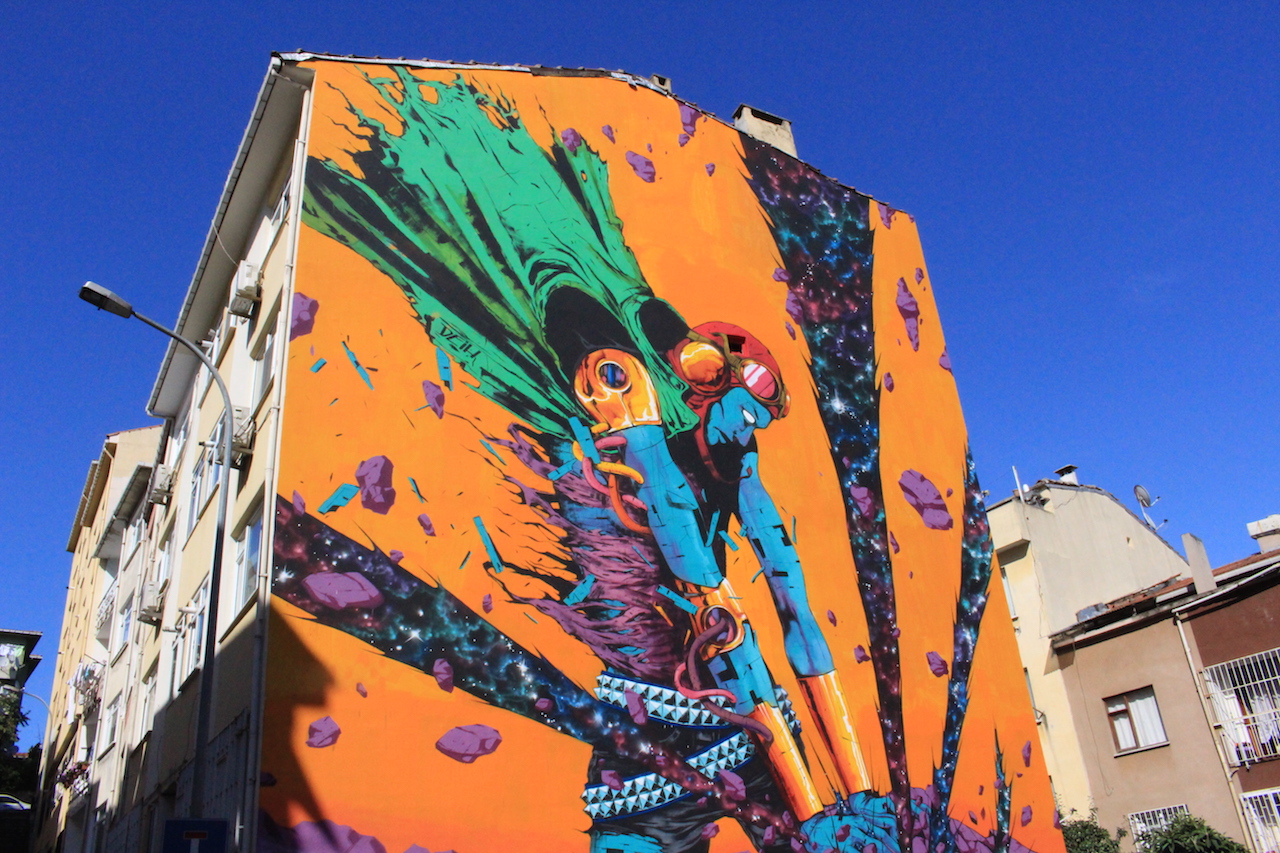 Given its true popularity on the international scene, it is no wonder that the street art of Istanbul has brought the collective talents together under an annual Street Art Festival. Devised back in 2007 by artist Pertev Emre Tastaban, the first festival took hold two years later in the Galata region of Istanbul. The abandoned Banker Han building was the base for the collective and adapted by 45 graffiti and street artists. 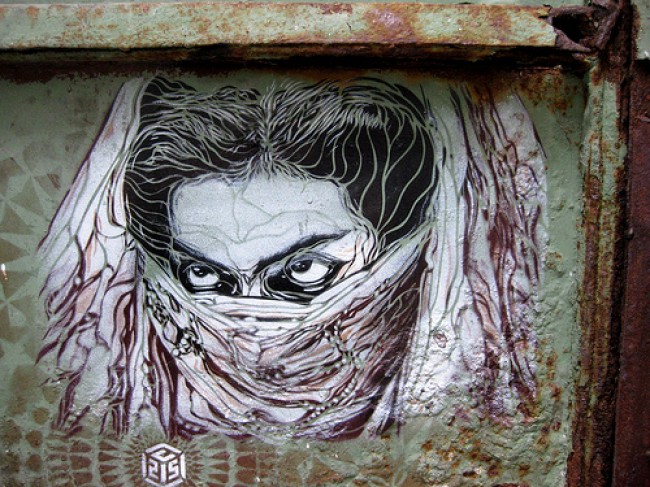 Famous names, including Sebeke, Bomba Fonda, Madcat and Sonashine, brought the festival to international fame. Over the intervening years, the festival grew and in 2015, saw artists from diverse countries as Spain and Russia taking over buildings in Kadikoy to give them a colourful splash of art. For those anticipating something special in 2016, look for the Mural-Ist Festival, organised by the Kadikoy Municipality.

If you're visiting Istanbul and want to break off from the conventional circuit of visiting the city's most famous tourist sites, travel and tour agents in the city now offer customised walking tours doing just that. Exploring the world of the local and international street artists, one-day and two-day trips feature both the European and Asian sides of the city.

So now you know more about the street art scene in Istanbul, is it artistic expression or simply graffiti? You decide! 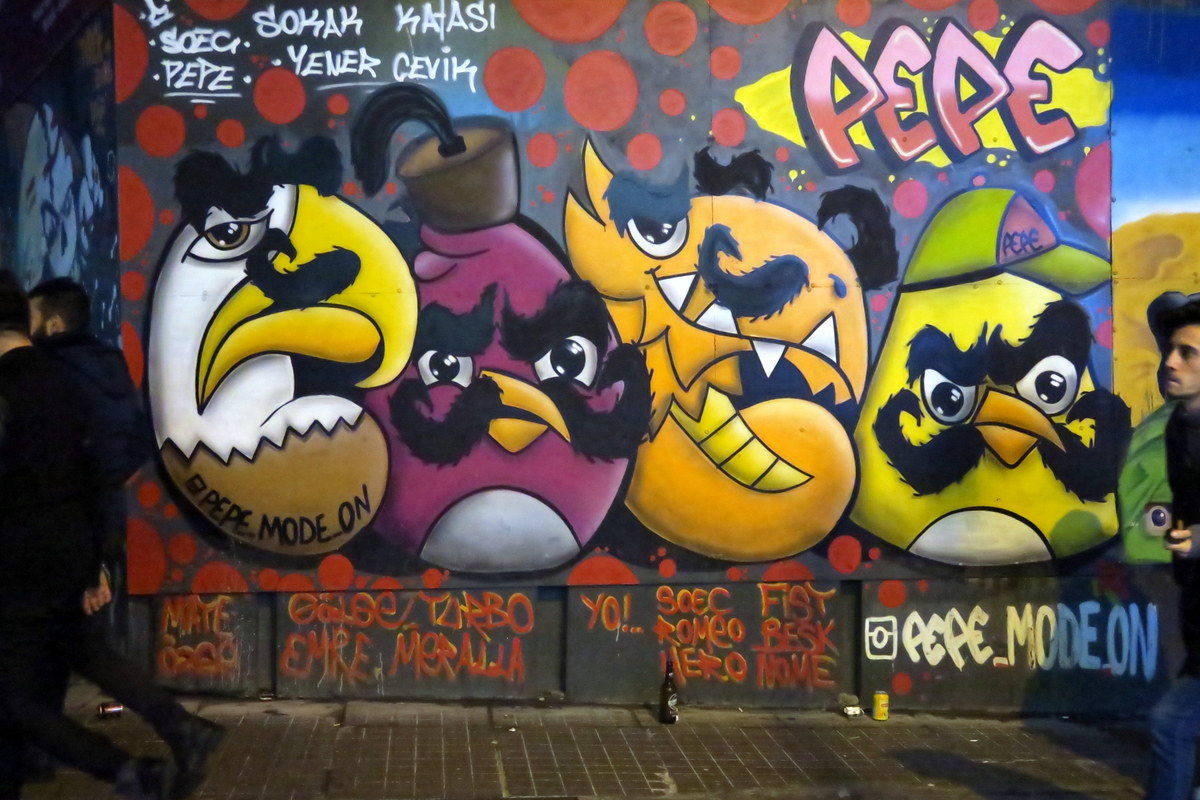