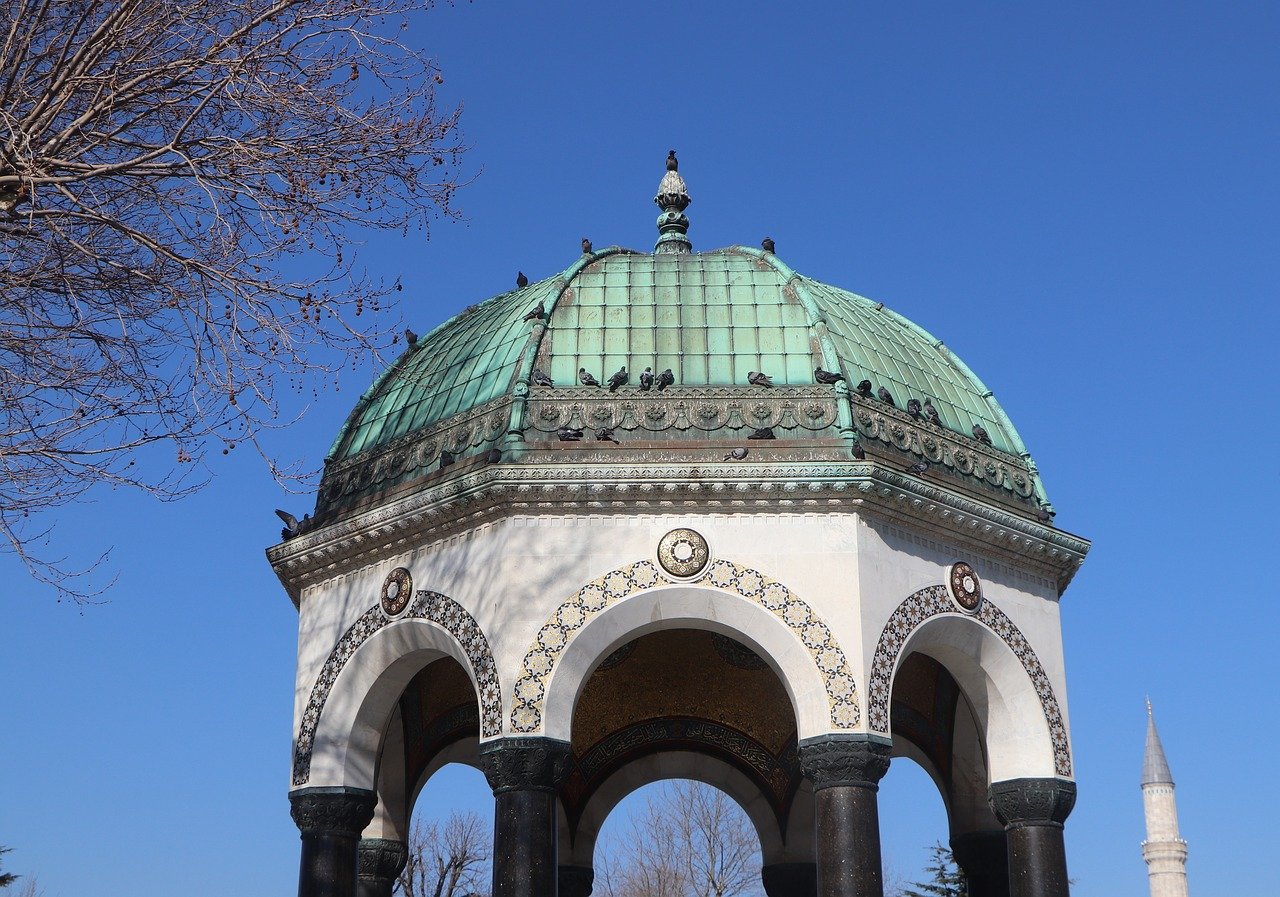 The tradition of free water in Istanbul dates back thousands of years. Romans built a network of reservoirs, aqueducts and cisterns in the city, and the tradition carried on into the Ottoman era, when hundreds of fountains were built for the thirsty populace.

Some are ornate, beautiful structures, with elaborate facades and shade for the people who stop for a drink. Others are utilitarian, simple structures built into walls with a tap and a basin.

However, most have something in common: they've fallen into disrepair over the years. Cracked and dry, they have become receptacles for rubbish or graffiti. Some are hidden from view as construction has marched on around them.

In 2020, about 40 fountains were rehabilitated, including the impressive rococo fountain of Sultan Ahmed III, in front of Topkapi Palace.

This year, a similar number are marked for restoration and the municipality plans to continue until each is functional. 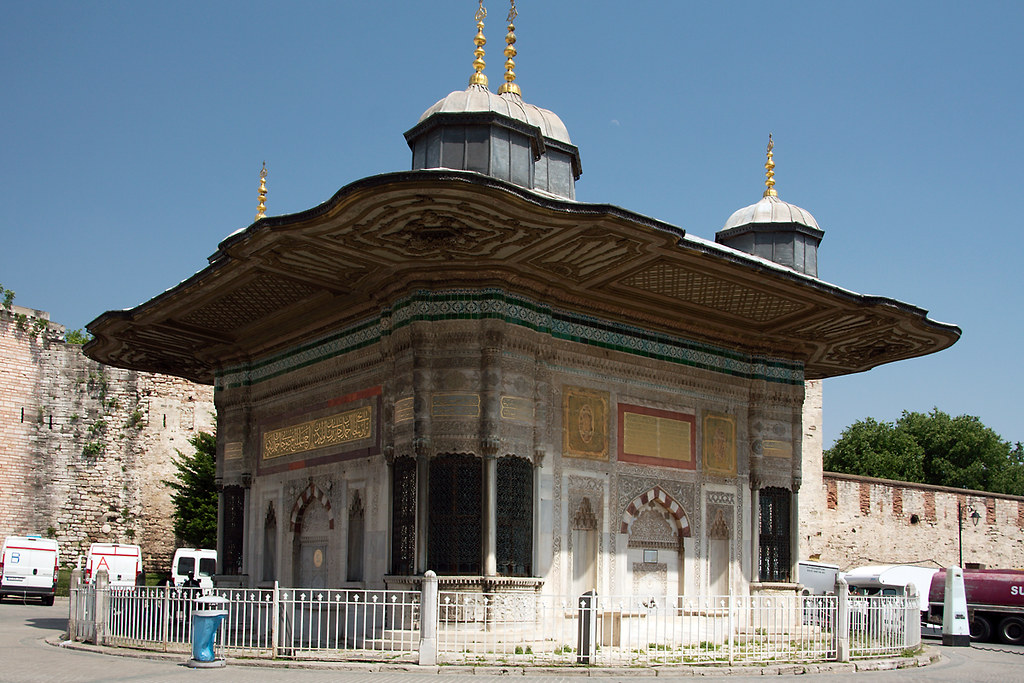 “[Fountains] were a meeting point, a nucleus for the neighbourhood, and we are trying to make it like that again,” said İrem Bulbul, deputy manager for IBB Miras, the Istanbul municipality’s cultural heritage office that is co-ordinating the restoration.

Bulbul's team is starting with the fountains that have a historical significance, or high interest. People are starting to notice her team's efforts, she said.

“Every day on social media and through our call centre, people are asking why these fountains are not in use.” 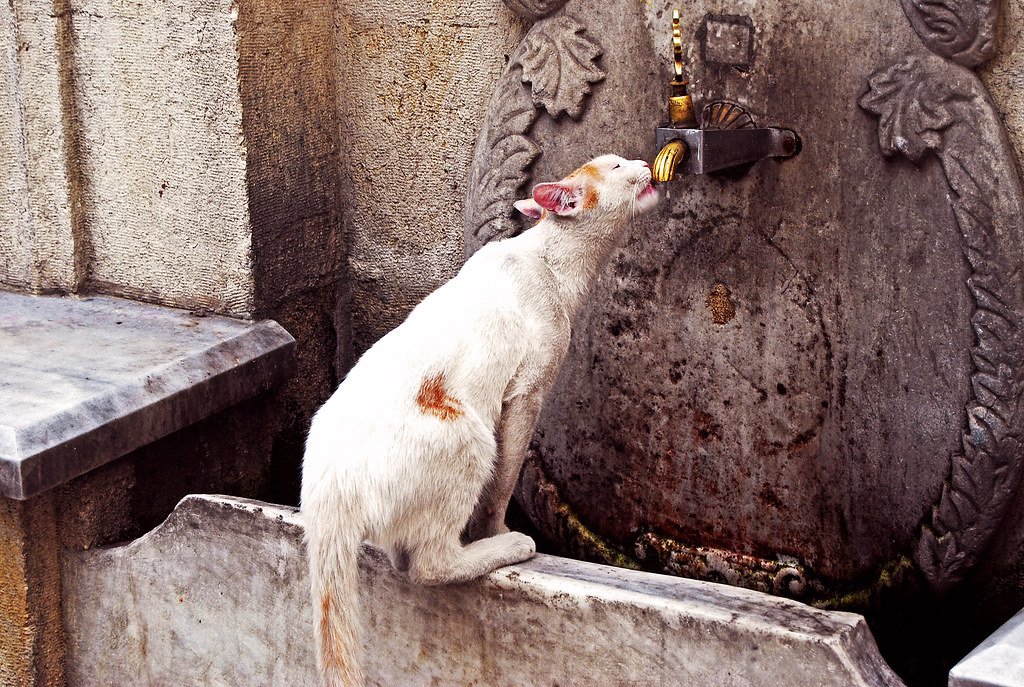 It's not just Istanbul where people are crying out for water. A movement of people in large cities are questioning why water isn't readily available on every corner. Their concerns are environmental, and social.

And town planners see the facilities as critical for liveable cities.

“Most urban environments have a legacy of public drinking fountains,” said Evelyn Wendel, founding director of WeTap, a Los Angeles-based NGO advocating for public water and drinking fountains. “Providing free water is an indicator of a great civilisation.”

While it was the Romans who got the water network up and running in Istanbul, it's the Ottoman examples of water architecture that remain. Fountains were built by rulers and wealthy residents, philanthropic gestures as part of their religious duties.

Overseas, fountains were built for similarly charitable reasons. In London, a private donor funded a fountain to help curtail the spread of cholera. In New York City, the first public fountain was built in 1859, a New York Times notice proclaiming: “It is to be hoped that public drinking fountains in this City will soon be so numerous that they will cease to be the subject of remark.”

The idea spread, and by the late 19th century fountains continued to be installed in large global cities. However, the rise of bottled water meant the decline of public water fountains over the last few decades.

The ability to get internet on your phone for free in public places has become expected. Advocates for water fountains wonder why the same isn't true for water. But now, with a greater environmental awareness and a greater push for public health, these urban springs are coming back, and Istanbul is at the forefront of the water revolution.

Restoring the fountains is difficult work. Many were once fed by water tanks, and now need to be connected to the municipality's water mains. And there's the old stonework to think of: specialist tradespeople with hand tools ensure the integrity of the old fountains is upheld. Some of the fountains have delicate inscriptions. One reads: “This pious deed is for the poor people.”

The maintenance of these old structures is also costly, and Bulbul's team is working against vandalism and theft. But the benefits of free water outweigh these acts, she says.

As dozens of fountains spring to life, Istanbul residents have access to free urban water, the way it's been in the city since Roman times.

AMAZING INVESTMENT POTENTIAL – Do not miss out on this exceptional project of apartments for sale in the Bomonti area of Sisli in Istanbul, available for buyers to choose up to three bedrooms in size.

Built by one of the most prestigious developers in the entire city, these incredible homes are found in the heart of Nisantasi in central Istanbul and are just minutes away from everything needed on a daily basis.