Property Turkey Blog Is Turkey Safe? An expat living in Bodrum weighs in

Is Turkey Safe? An expat living in Bodrum weighs in

Marie Coggin lives in Gumusluk, Bodrum. Here, she ponders an aspect of Turkey that has been on many would-be tourists' minds in recent years: how safe is Turkey for travellers and expats?

In a telephone conversation today, a friend of mine in England revealed that when she told people she was coming on holiday to Turkey last year, their reaction was, “Wow! You're brave!”

My own family has confessed that if it weren’t for their experience of visiting me that they too would not consider travelling here.

For those of us actually living here, it is really difficult to understand this type of reaction but there is no doubt that the British media has painted a less than positive picture of Turkey and one that seems to me to be unfair and inaccurate.

The main concern seems to be centred around security issues and yet I wonder whether people are as diligent about avoiding travelling to London or Manchester in light of recent events. 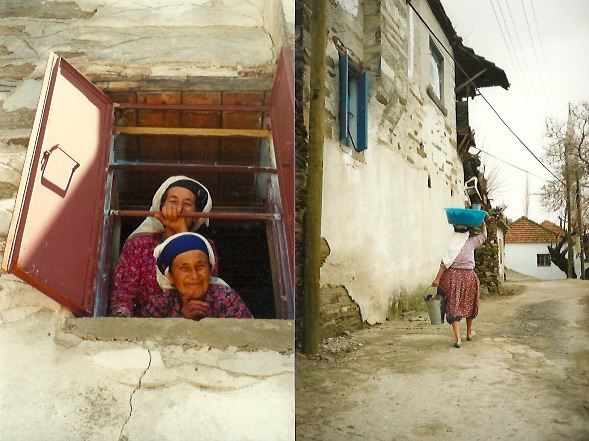 Safety while out and about

I have lived on the Bodrum Peninsula on my own for the past decade, travelled solo extensively throughout the Aegean and Mediterranean regions, am familiar with Istanbul, Ankara and Izmir. I am also familiar with rural village life and have visited less westernised regions of Anatolia. Never once have I felt unsafe.

At times, I have felt some discomfort, in the same way women have walking into a pub on your own in certain parts of the UK. But no more than that, and certainly not in Bodrum.

It is unusual to encounter loutish, disorderliness or drunken behaviour here. This one of the more comforting aspects of life in Bodrum, particularly for us women who think nothing of wandering around town alone at night.

On one occasion, I did see a fight break out between two young men. Suddenly a typical looking village woman wearing her distinctive, floral-patterned pantaloons appeared waving a broom in their direction. The young men stopped their fight, apologised to the old woman and went on their way. There was no question of any foul-mouthed expletives being hurled in her direction – it just would not happen. Sadly, I think the outcome in my own country would have been different, and I doubt an older woman would have had the temerity to approach a couple of fighting youths on a Saturday night in a typical English town.

Day-to-day security in Turkey and Bodrum

There is only one road that leads onto the Bodrum Peninsula and security is taken extremely seriously. A bank of cameras stretches across the road, recording each car’s registration plate as each arrives. There are frequent roadside checks and a regular police or gendarme (army) presence, the latter being responsible for security. 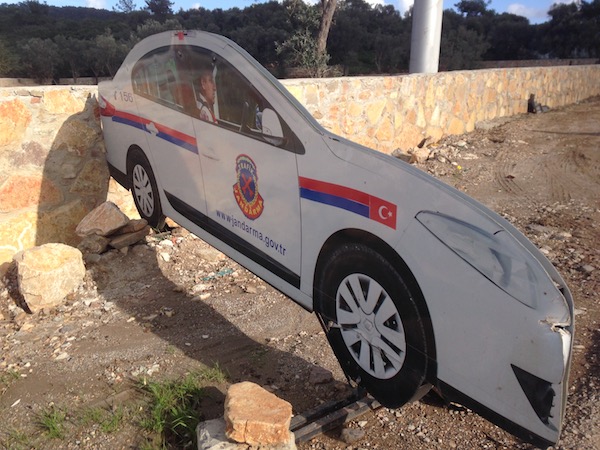 There is a visible presence of both police and gendarme which contributes towards a feeling of being safe as well as serving as a deterrent to criminals. People in the UK often report feeling powerless in the face of crime or security, whereas here in Turkey you know you can go to your local gendarmerie or police station where you will be attended to and taken seriously. And, yes, offered a comfortable seat as well as a glass of tea.

Sometimes, you’ll spot a police car parked up alongside the road, with a flashing light atop the roof, compelling you to slow down when passing. You comply, even though you know it is one of the many tin cut-out replicas seen along the road sides. I am not sure why but even that makes me feel safe in an amusing sort of way!

My brother recalls the time he came by bus, which was stopped by the gendarme. They demanded the passengers hand over their IDs for checking against their database, and he was puzzled why they were not interested in his. I smiled knowingly thinking that, being of European appearance, he probably did not fit their profile. I too am often flagged down, only to be waved on my way – being of European appearance and a female to boot, do not fit the police profile either.

On another occasion I was at a bar where expats and tourists had congregated for a night of live Irish music. The gendarme arrived to scrutinise every customer's passports. Some holidaymakers were perturbed by this until I pointed out that the officials were being extra vigilant precisely because so many foreigners were in attendance. In other words, the checks were being carried for their own protection. 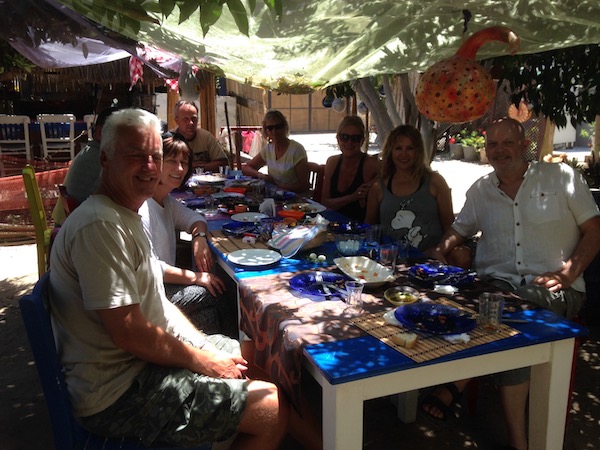 The gendarmes keep an extra eye on expats. Two or three years after I moved to Bodrum I was chastised by a police officer for not having reported myself to them. I explained that I did not know this was a requirement. Oh no, it was explained, not a requirement: simply a case of them keeping an extra lookout for me as a woman on my own, particularly when they did their evening rounds of the peninsula’s housing estates. I was given the direct mobile number of the officer in charge and told to call him if ever I felt I needed to. I had to smile to myself – I really do not recall the London Metropolitan Police ever having been quite so concerned about my welfare.

On another occasion I was out for lunch when a call came from the gendarme – they needed to see me urgently, regarding an issue with my residency permit. I explained I was not at home. Fifteen minutes later, they pulled up outside the restaurant; as I climbed into their vehicle the look on the faces of other diners was a picture. As it was when, some 45 minutes later, I was dropped back at the restaurant. Where else in the world would that happen?

There is still a culture of hitchhiking here on the peninsula, a comforting sign suggesting it is still safe to hail a lift as well as to offer one. Only this morning, an elderly couple asked me for a ride into the nearest town and the other day an elderly man hailed me and made sure I dropped him precisely where he wanted to go!

On one occasion, I was stopped by a young man and before I could ask any questions, the passenger door opened and an old man sat down beside me. I was given instructions of where he needed to go – he was an old man in need of a lift so why would I not oblige? Children coming out from school in the afternoon are often looking for lifts and for me this is a reminder of safer, gentler times sadly very much in the past in my own country.

While petty crime seems to be infrequent here – I have seen no evidence of cars being broken into here – there are spates of burglaries and holiday makers ought to be aware that the targets are generally tourists newly arrived at their rented holiday homes with mobile telephones and laptops. Considering the number of fully furnished villas in Bodrum lying empty for so many months of the year it seems surprising burglaries are not more of a frequent occurrence.

When I ask my friends here whether they feel safe living in Bodrum, they are likely to respond with “Yes; I feel safer here than back in the UK”. A trouble-free decade living in Bodrum and travelling around Turkey has shown me that while my adopted country isn’t perfect, it’s a safe place for me to call home.

This is an incredible opportunity to purchase a first class property in the green and natural setting of Ortakent, just minutes away from Bodrum Centre and local amenities including the largest shopping mall in Bodrum.