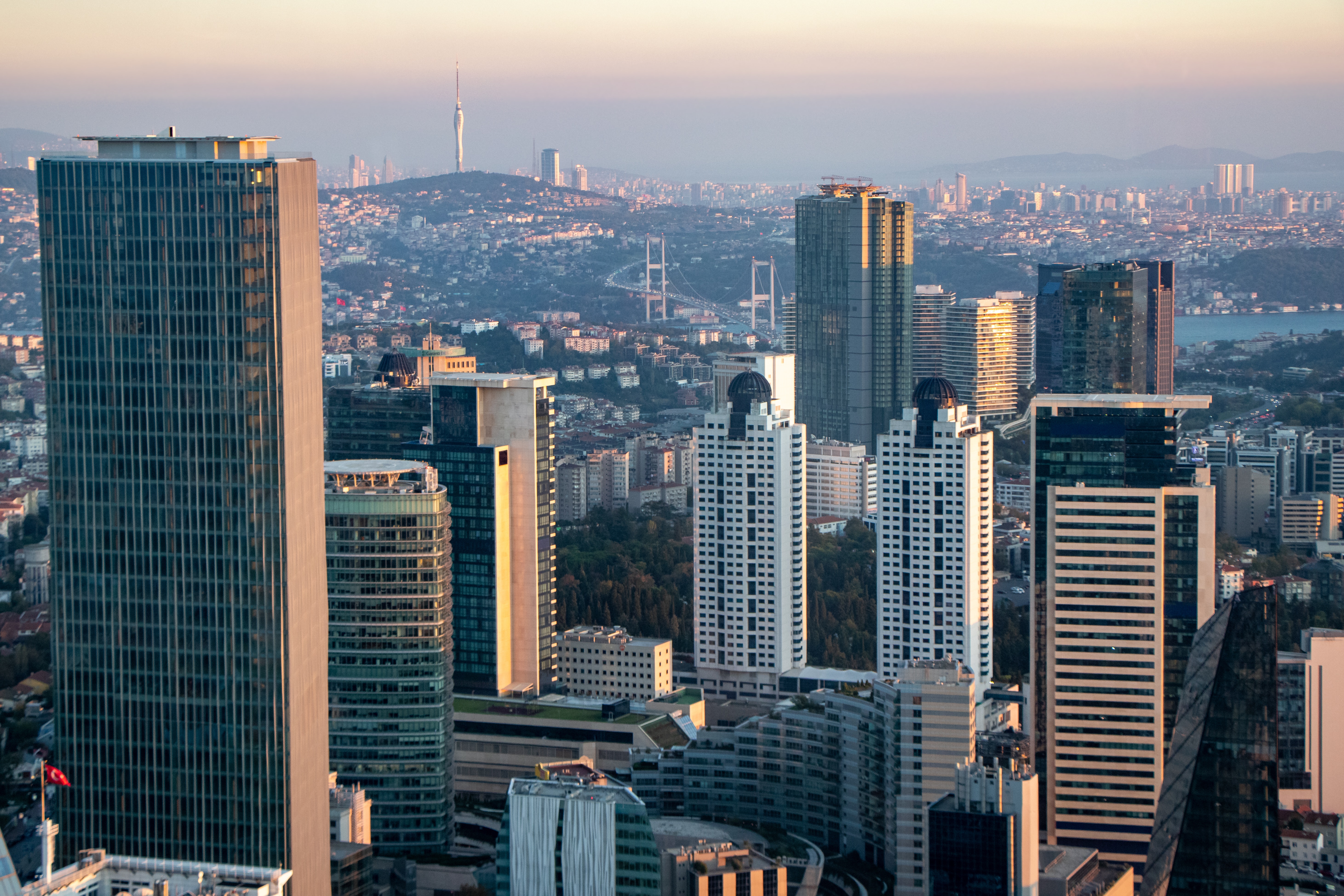 From the final quarter of 2020, a year not given to good news, comes a welcome announcement from Turkey.

Turkey's economy has outpaced all its peers except for China in the final three months of last year, a 5.9% growth driven by lower interest rates and a credit boom that pushed domestic consumption skyward, while destabilising the Turkish lira.

Gross domestic product expanded 5.9% from a year earlier, faster than all G20 countries except China, which grew by 6.5%.

The growth push in 2020 meant Turkey's lira weakened by 20% last year, keeping consumer inflation high. The figures underpinned the immense job ahead of new central bank Governor Naci Agbal, as he faces the challenge of restoring price stability without prompting a slowdown in spending and rise in unemployment. 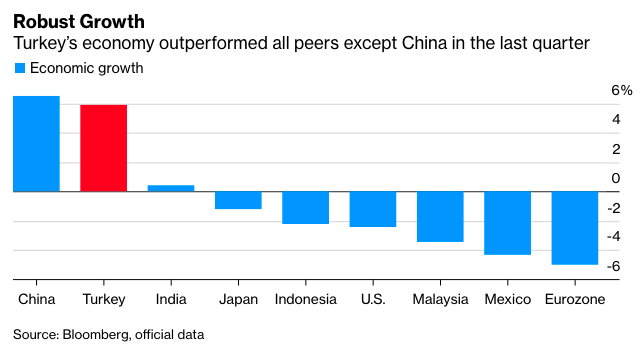 Consumption was behind the growth, said Istanbul-based economist Can Ayan.

“Strong domestic demand in the past two quarters has been supporting the headline figure through consumption but keeping exports under pressure,” he said.

"It's a really encouraging result, very good news indeed. On top of the pandemic, we've seen a lot of changes in policy, so it's welcome to see positive results."

In Deggin's industry, real estate, the knock-on effect of the numbers would be significant, he said. "The investors waiting in the wings will come out into the light. With the lira on the move, there's only a limited amount of time before some will be priced out of the market."

To get through last year's Covid-19 conditions with as minimal impact as possible, the Turkish government encouraged banks to offer credit to help companies and consumers ride out the pandemic. Added to an easing cycle, the lending boom boosted the economy.

However, an unwanted side effect was a weakening currency.

"The cost of growth was an weakened lira," said Deggin. But moves in November changed everything, he said.

"A changing of the guard in two of Turkey's top financial positions (the Central Bank governor and finance minister) meant big changes in policy. The knock-on effect has been a revitalised lira. It's a really encouraging sign for the future," Deggin said.

One of the most significant changes was central bank head Agbal's raising of the benchmark interest rate to 17%, not long after he took the helm at his new position. Since the move, the lira has strengthened by 15%.

A bright year ahead

The International Monetary Fund has recently raised its growth predictions for Turkey's economy to 6% in 2021.

“Depending on the pace of vaccinations, tourism will most probably be stronger than last year as well.”

Deggin agreed. Last year, tourists' appetite for Turkey remained undimmed, with many choosing to holiday even as the pandemic raged in their home countries.

"Turkish tourism is a mainstay, and Turkey is firmly on the tourist map," he said.

The low lira had attracted investors with foreign currency in their pocket, Deggin said. "The lira has always gone in swings and roundabouts. When it was at its lowest, we had a flurry of investment from savvy buyers who knew the currency would regain."

Those investors were now reaping the benefits, he said. "Investors who bought when the lira bottomed out have seen their properties gain 15% value since November, on top of capital gains."

However, the lira was only at the beginning of its upward journey, he believed. "The central bank has pledged to hold tight to its monetary policy for a while yet, and might even introduce more tightening. The lira still has plenty of room to move."

While this meant the potential for gains was significant, to maximise returns investors needed to act now, before the lira gained more ground, Deggin said. "My advice to investors is grow with us. Turkey's currency will grow. The economy will grow. Get on board, and grow with us."

Choose from units ranging in various types and sizes when you purchase one of these premium properties for sale in the Nilufer area of Bursa, situated within an excellent complex with shared landscaped green gardens.