Property Turkey Blog 10 awesome things to do in Marmaris

10 awesome things to do in Marmaris

The Turquoise Coast town down the road from Fethiye has become a sought-after hotspot, playing host to 400,000 people each summer season who flock to stay in some of the most popular villas in Turkey. We take a look at some of the top things to do in Marmaris. 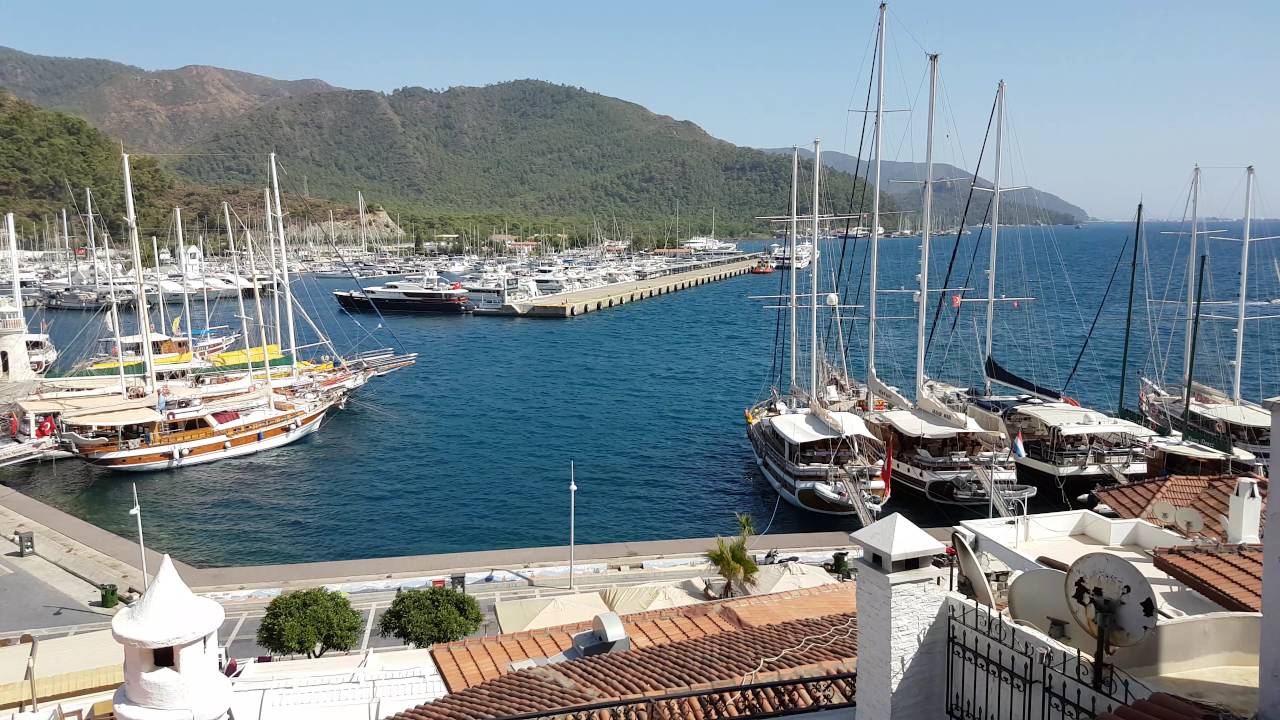 1. Spend an afternoon at Marmaris Marina

Stroll along the pier and admire the yachts before sitting to watch some live music with a cool drink. Or browse the boutique shops in the marina complex and follow it up by lunch at one of the restaurants. There's plenty to occupy your attention and while away a few hours at the marina, a picturesque spot just a couple of minutes' walk from town. This is one of the best things to do in Marmaris, especially if you like to sit and watch the world go by. 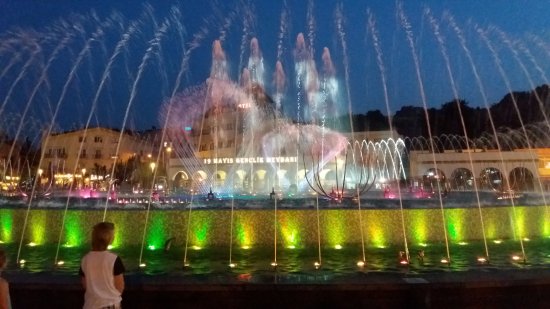 During the day, the fountain is a conventional water feature. However, Marmaris' dancing fountains come alive each evening for half an hour in an extravaganza of water and light. The shows consist of jets of water shooting out in time to music and coloured lights. The free show quickly becomes a ritual for holidaymakers, many of whom flock to the attraction every night of their holiday to throw a few lira into the water and take in the spectacle.

The vast backdrop of sun-drenched rocks behind the town is not only eye catching - it's the perfect destination for a few hours of adventure. A number of companies offer tours into the mountains, travelling by jeep, or trekking on hiking trails. It's a great way to get off the beach for a morning, and to see a little of Turkey's unique flora and fauna, as well as waterfall lagoons and sunkissed canyons. 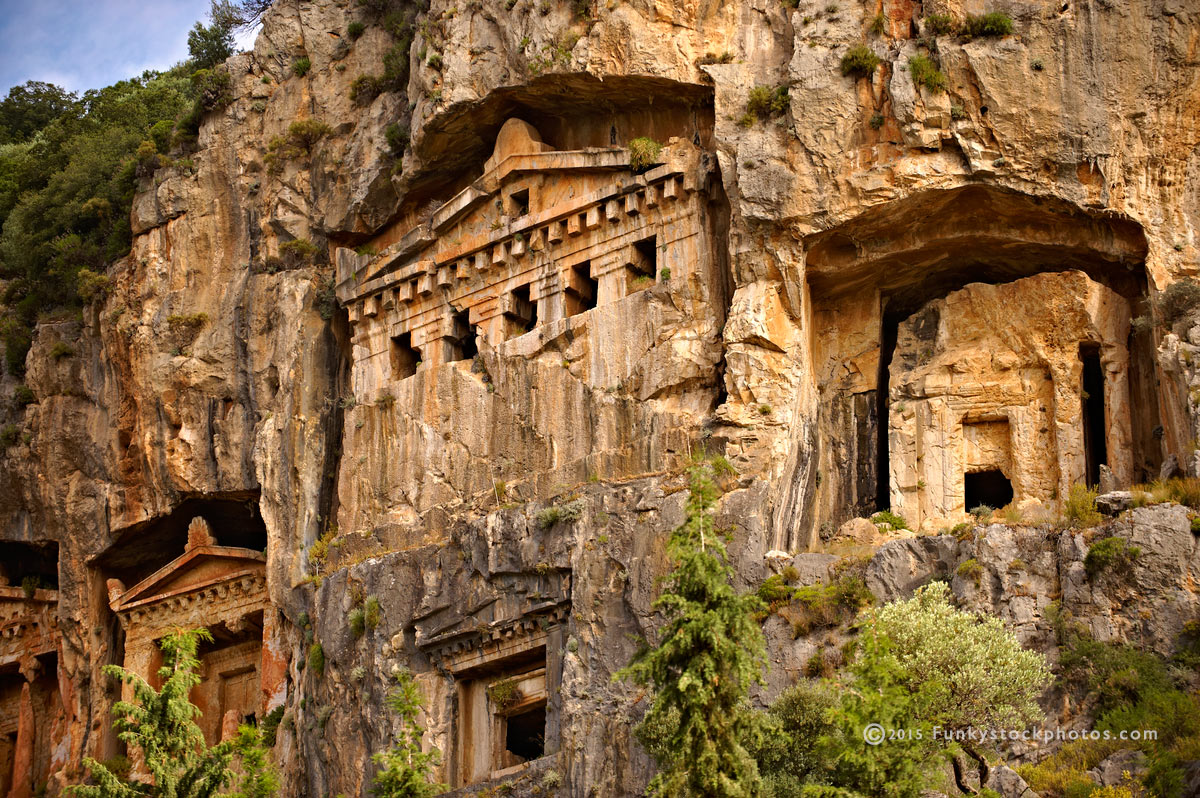 4. Step back into history with a Carian Rock tomb tour

These mysterious tombs, with their intricate carved entranceways, date back to the second century BC. Between Dalyan and Kaunos are more than 150 of these structures, and from Marmaris, tourists can explore them on the Dalyan River. Your guide will explain the tombs' significance and history, including the fact that wealthy citizens and kings in the Hellenistic era were buried in the tombs to be closer to the sun - as well as to keep a lofty eye on those who remained on earth.

5. Visit the riverside town of Dalyan

Dalyan is well worth a day trip if you're staying in Marmaris. Just inland from the coastline, it's a short trip from the small town to the ancient ruined city of Kaunos. You can also combine with a trip to Iztuzu Beach, home of the protected loggerhead turtle's nesting grounds. There's also the village of Sultaniye, on the shore of  Lake Koycegiz, known for its thermal mud baths. 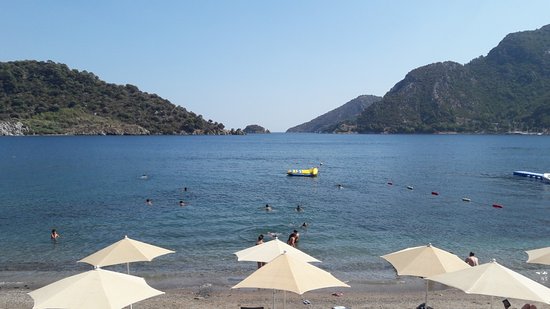 Marmaris Beach is small and can become crowded. With its long stretch of yellow sand and clear, shallow waters, Icmeler Beach is a favourite with families looking for that quintessential beach holiday. With the mountains behind and the sea beyond, enjoy a stunning backdrop as you bathe in the waters. There's a wide range of watersports on offer, including parasailing and pedalos. 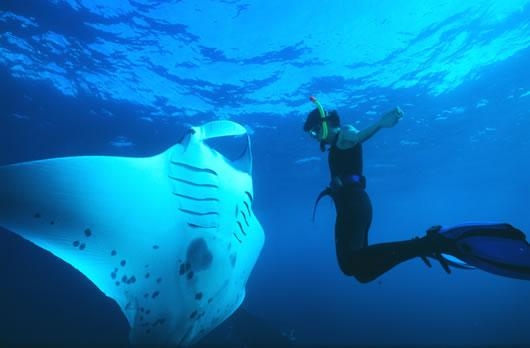 Scuba and snorkelling is popular along this part of the coast, thanks to the striking marine life and undersea rock and coral formations. A number of companies offer reasonably priced excursions to occupy a morning or even a day. You'll see all kinds of sea life, including groupers, octopus and moray eels. Look out for the endangered loggerhead turtle. 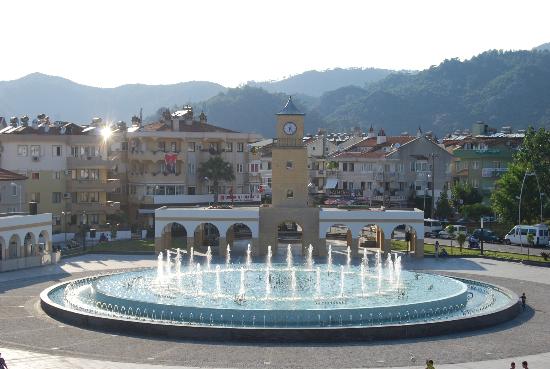 8. Socialise at 19 May Youth Square

Home to the dancing fountains, this central square is a hub of social activity. If you're a people watcher, head down to the square to drink in the sight of tourists and locals shopping, going to the many restaurants and listening to live music. It's a laid back, yet lively hub of local life. 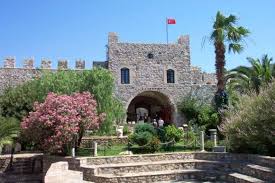 9. Get an infusion of culture at Marmaris Museum

With its location inside a castle, there's plenty to like about Marmaris's museum. You'll need a few hours to explore the museum's many artefacts and exhibits, which cover local and wider history dating back to before the time of Christ. Of particular interest are the Ottoman artefacts, allowing a glimpse into a modern part of history that shaped the modern-day Turkey. 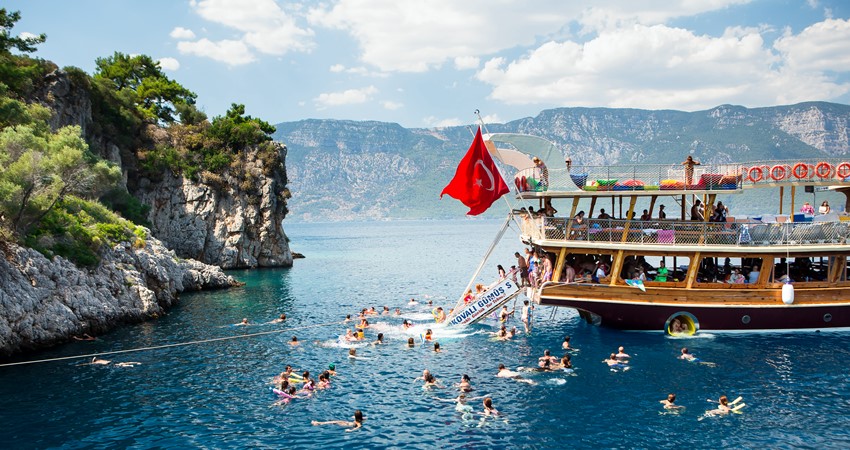 A holiday to Turkey, home to thousands of miles of coastline, wouldn't be complete without a day trip on the seas. Visit deserted islands, stop in quiet coves, look for sea life and take advantage of your guide's local knowledge. From Marmaris, you can visit picturesque sounding locations like Aquarium Bay, Paradise Bay and Fish Bay, as well as the tourist resort Turunc. Tours generally last the best part of the day and include lunch and often snorkelling.