About Turkey About the Mausoleum at Halicarnassus

About the Mausoleum at Halicarnassus 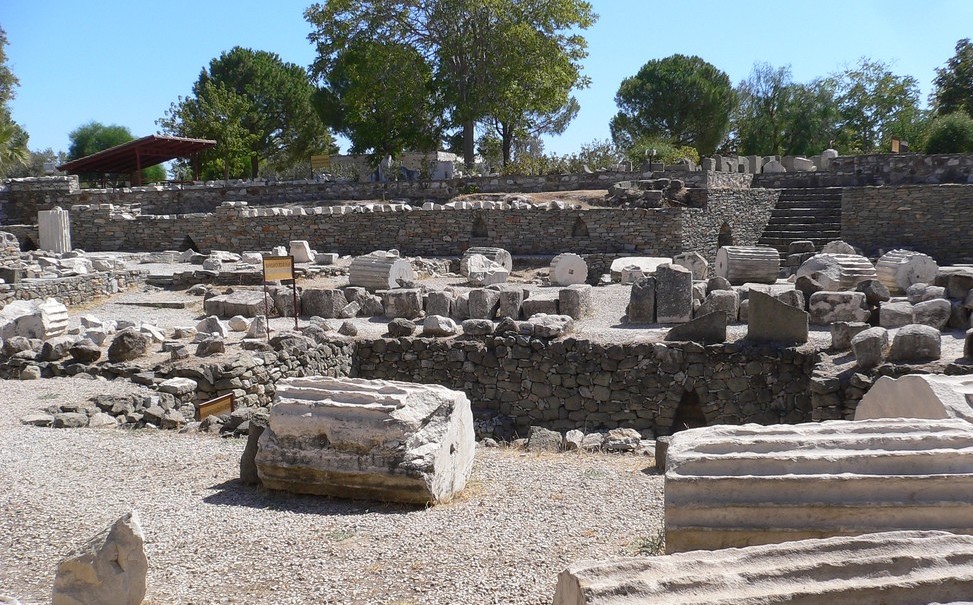 The Mausoleum at Halicarnassus - or Tomb of Mausolus in Bodrum, Turkey was one of the ancient world's seven wonders, along with the Hanging Gardens of Babylon and the Great Pyramid of Giza. The monument also inspired many modern-day buildings as well. This final Bodrum home of a great Persian ruler is one of Turkey's most well-known ancient structures. The tomb, built between 353 and 350 BC for Mausolus, a satrap (Persian Empire governor), also housed his wife, who was his sister.

The Mausoleum at Halicarnassus

In the fourth century BC, Halicarnassus (modern-day Bodrum) was the capital of a small kingdom on the modern-day Turkish coast called Caria. When the kingdom's ruler died, his son, King Mausolus, took control and extended the Caria kingdom's territory, ruling their lands for 24 years. Mausolus greatly admired the Greek way of life and government and decided to build a new capital in the Greek tradition, a city safe from marauders and striking in appearance.

This city was Halicarnassus, and construction took place around the harbour, with a vast fortified palace, watchtowers, a Greek-style theatre, and temples. After her husband died in 353 BC, Artemisia ruled alone. She commissioned a tomb to house her husband - and this tomb became so famous that Mausolus's name now describes all grand tombs: Mausoleums.

The finest Greek artists and sculptors were employed to erect Halicarnassus's ancient tomb on a hill overlooking the city. The tomb was still unfinished when Artemisia died two years later. Her remains were placed inside, along with the sacrificial remains of many dead animals.

The St John Knights used stones from Halicarnassus Mausoleum to fortify their castles; raiders also plundered Mausolus and Artemisia's remains and any remaining Greek treasure. Much later, in 1846, Lord Stratford of Redcliffe removed the building's Greek bas reliefs, and archaeologist Charles Thomas Newton took several statues and reliefs from the Halicarnassus Mausoleum back to the British Museum.

Today, you can still see the Mausoleum's polished stone and marble blocks built into the walls of Bodrum Castle, in Turkey, where the Knights of St John placed them. Only foundations remain at the original Mausoleum site, and there is a small museum to peruse. But unfortunately, you need to head to London, to the British Museum, to see surviving relics of Halicarnassus Mausoleum, including sculptures and friezes.

Bodrum Castle: Standing on Bodrum's coastline, the castle is a regional landmark, often appearing on picture postcards and in major travel publications. These days, the days of battle are over, and tranquil vibes reign over Bodrum castle and small, cobbled surrounding streets. Also, within the castle, the Underwater Shipwreck Museum highlights the excellence of Turkish diving teams who have uncovered history by exploring the world beneath the oceans.

About Bodrum - Turkey: If you are thinking of either holidaying or buying property in Bodrum, our guide will be of use. Talking about the towns, landmarks, attractions, and cultural heritage, we give lots of tips and advice to make the most of your visit to places like the Mausoleum at Halicarnassus and other Bodrum attractions.