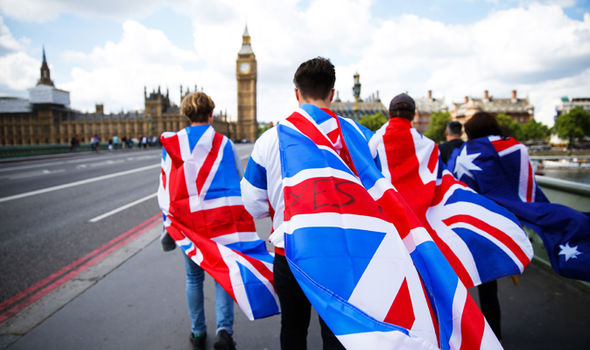 The UK has signed a free trade deal with Turkey, the first agreement since forging a Brexit deal to leave the European Union. The deal will strengthen ties between the two countries, who have an extra commonality, both now being outside the EU.

The continuity agreement was signed by the trade ministers of each country in a video conference and will take affect on January 1. The deal confirms that the existing trade between the two countries will not be affected when the UK officially leaves the EU on December 31.

Trade between the UK and Turkey reached $25bn in 2019, with the UK being Turkey's second-largest export market. Turkey exports precious metals, vehicles, fabrics and electrical equipment. While Turkey is not a member of the European Union, it has a customs union with the EU, which meant that the new trade agreement could not be reached until the Brexit deal was completed.

“It paves the way for a new, more ambitious deal with Turkey in the near future, and is part of our plan to put the UK at the centre of a network of modern agreements with dynamic economies.”

Turkish trade minister Ruhsar Pekcan said the deal was a landmark agreement. "Without a deal, about 75% of Turkish exports to the UK would be subject to tariffs, causing the loss of some $2.4bn; this risk is now gone,” he said.

The trade deal bolstered the Turkish lira, which rose for a fifth consecutive day before the signing.

The deal has upheld the status quo for trade between the two countries, with the Department for International Trade stating that existing preferential tariffs support 7600 UK businesses and protect automotive and manufacturing supply chains.

The accord also holds promise for the future. Each country has agreed to discussions about expanding the scope of trade between the two countries. On the horizon, we could see the agreement expanded to include services and agriculture within the next two years.

In 2005, Turkey launched membership talks with the EU. However, Turkey's accession process and its efforts to expand a customs agreement with the EU have not come to any fruition. The EU is also considering sanctions over Turkey’s increasingly aggressive foreign policy.

However, the future of Turkey and the UK's relationship looks bright: the deal with Turkey is the fifth largest free trade agreement the UK has negotiated, following deals with Japan, Canada, Switzerland and Norway. The UK has now formalised trade agreements with 62 countries ahead of the UK’s formal exit from the EU on 1 January.