Confidence in the Turkish economy rebounded last month after a two-month dip. According to the Turkish Statistical Institute, the Economic Confidence Index rose 6.8 percent to 91.5 in February. The surge is due to increases in services, the Turkish real estate industry, construction and retail.

The Institute stated that the improvement is a reflection of government measures and incentives, aimed to bolster the economy which has been performing under par, thanks to a depressed lira. 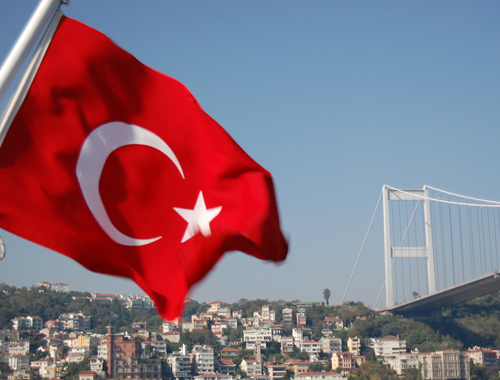 The rise is due to climbing transport and health costs, say officials. Transport increased by 2.82 percent, which alcohol and tobacco, the main inflation drivers, were up 21.72 percent.

However, as the Central Bank takes measures to shore up the economy, Kirali added that the annual forecast remained at 8 percent, and according to credit rating service Moody’s forecasts, Turkey’s economy will grow by 2.3 percent in 2017, and 3 percent in 2018.

Two major factors in the economic outlook for the year include exports and tourism.

The economic confidence improvement and general positive outlook is also due to a higher number of exports, which started the year with a significant increase: in the first month of the year exports reached US$11.3 billion, an 18.1 percent increase on January 2016. Imports rose to $15.6 billion over the same period - a rise of almost 16 percent.

Turkish exports to the EU, Turkey’s chief trading partner, rose by 12 percent in January to hit $5.3 billion, followed by Germany, who imported $1.1 billion in Turkish goods, then Iraq, with $684 million.

The government hopes the increased numbers of Russian tourists visiting Turkey will help boost the Turkish economy in 2017.

The number of Russians visiting Turkey jumped by 81.5 percent in January over the same month in 2016. Over 40,000 Russians visited in January, pushing Russia up to fifth place in the top sources of tourists for Turkey, after Georgia, Iran, Germany and Bulgaria.

In 2016, 866,256 Russians visited Turkey, a drop of more than two-thirds, following tensions between the two countries.

Turkey is also expecting an influx of tourists from Israel and Iraq, following improved relations with each country.

More than a million foreign visitors travelled to Turkey in January, with Istanbul seeing the highest tourist numbers, followed by the Black Sea province of Artvin.