Deterred by the political tumult ahead of the referendum, foreign investors deferred investment, waiting to see the result of the controversial vote. After the country voted “yes”, investors regained their confidence, flooding the stock exchange with foreign currency and pushing the BIST 100 index to 92,423 points, the highest closing figure since May 2013.

Koc Holding, who was in fifth place during 2013’s peak, had the highest market value on the exchange with $11.37 billion, followed by Garanti Bank and Akbank. The market value of the ten most valuable companies increased by $12.9 billion since the beginning of the year, with a total value of $65 billion. 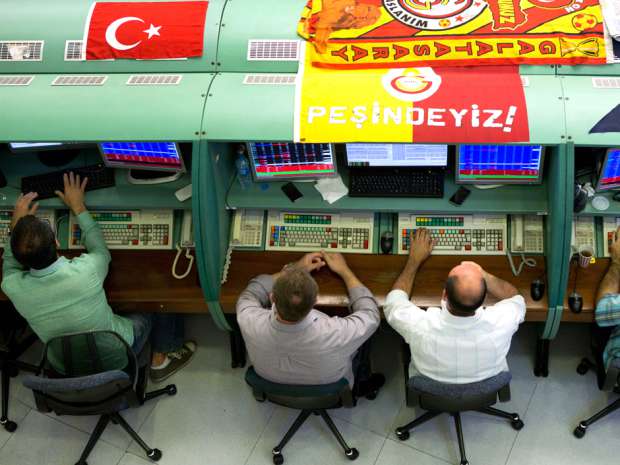 “We have a strong Turkey”

Chairman of the Association of Capital Market Investors Arif Unver said investors are returning in anticipation of structural reforms that have been long delayed in favour of campaigning and political tumult.

“We have a Turkey with a strong story after the referendum. The expectation that structural reforms in the administration will be realised with rapid steps as a result of a faster decision-making mechanism will bring a strong story to Turkey."

Unver added that the total market value of the Borsa-traded companies could increase by three or four times on the dollar over the next five to ten years.

"We now have a Turkey with a strong story and a cheap asset price on a dollar basis. I think that individual investors in particular would benefit from this potential by making longer-term investment plans."

Serhat Gurleyen, a research director at Turkish Investment Bank Is Yatirim, said investor’s interest stemmed from global and internal factors, with one significant factor being of course the improved economic expectations following the referendum.

SAXO capital strategy expert Cuneyt Paksoy says the rise in the value of the dollar against the lira has caused the BIST index to fall to 20,000 from 30,000 points in dollar terms - which means opportunities for investors.

"Taking into consideration 51.000 points, which is an all-time-high level, the Borsa Istanbul stock exchange is still considerably cheap. Moreover, the current levels represent very critical support in the long-term, big picture," he said.

He also added that the structural reforms mean investors are anticipating a greater rise on the way.

Listed today at pre-launch prices are these exceptional apartments in Bahcesehir, found within a project featuring a shopping avenue and extensive facilities designed for year round living in Istanbul just 20 minutes from the third airport.