In Bodrum, Marie Coggin attends the International Gumusluk Classical Music festival, and discovers that although it's grown to grand proportions, the magic and whimsy of the early years remain.

In 2003, Eren Levendoglu, newly graduated from London’s Guildhall School of Music and Drama, envisaged a festival of concerts and music workshops in the artistic corner of the Bodrum Peninsula, Gumusluk. Levendoglu and world-renowned Turkish pianist, Gulsin Onay brought their vision to the 250-year-old Byzantine church, tucked away behind the then bus station in Gumusluk.

I recall those days well. I think I must have originally stumbled upon the festival by chance and little did I know that you had to come early in those days to snap up the 50 or so seats squeezed into the unused and unloved church.

My friend and I consoled ourselves that a couple of plastic chairs outside perched atop the hillside was a better option than being shoehorned into a hot and cramped old church. The music was barely audible as it emanated from the few small open windows of the church. However, a more magical setting under the stars was hard to imagine. 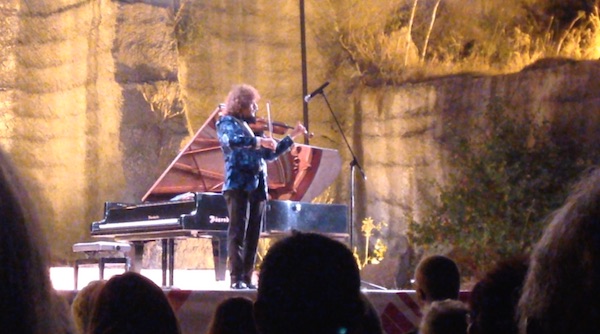 The other consolation was that an entrepreneurial soul had assembled a trestle table from which he dispensed warm, but drinkable, white wine into plastic glasses for a few Turkish Lira. Fast forward a couple of years later and it was clear that the music festival was growing – a camera had been assembled within the church so that it became a visual as well as audible experience for us perennial latecomers, yet again relegated to the outside plastic chairs.

I toyed with the idea that the wine seller had graduated to video production as the camera had not been positioned correctly: I heard the recital but could see only half of the back of Gulsin Onay's head! 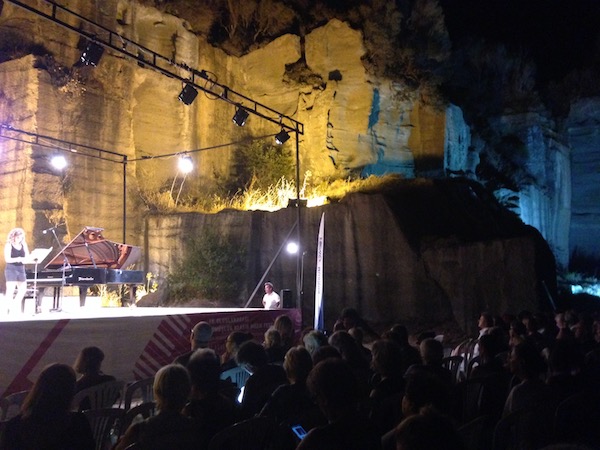 The following year, the festival progressed to a full-blown stage, erected outside the church on the hillside. It was large enough to accommodate the London Schools Symphony Orchestra with a piano concerto sufficiently resonant to fill the firmament above.

The few plastic chairs multiplied to rows upon rows, and all were filled. I chatted to the Turkish lady seated next to me. For some reason she thought I might have been a friend of Gulsin Onay and inquired as to whether I went to her soirees at her house in Cambridgeshire where she lives and is married to a mathematics professor from Cambridge University. She was intrigued that I was an English woman living in Gumusluk and I was intrigued that she was a Turkish lady living in Saffron Walden, and a frequent visitor to Onay's house where the musician held recitals to raise funds for repairs to the roof of the local church. 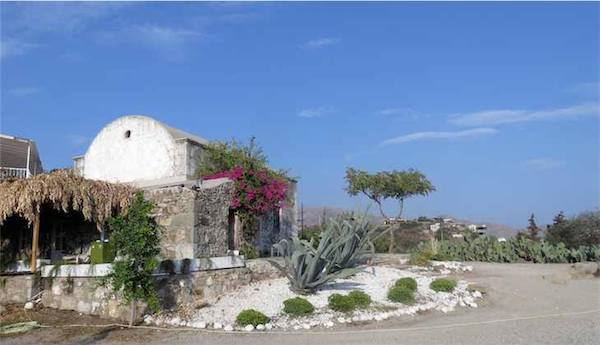 Now, the Festival has evolved beyond classical concerts and music workshops. They now promote a concept of Suda – Kumda – Tasta which translates as On The Water – On The Sand – On the Rocks, pertaining to the various locations that host the event, such as Gumusluk beach, as well as its widened repertoire of music to include jazz.

“On the Rocks” refers to the classical music concerts moving to the ancient stone quarry in Koyunbaba, a charming location a few beaches down from Gumusluk. This is the quarry whose stone was used to construct one of the seven ancient wonders of the world, the Mausoleum at Halicarnassus, the ancient name for Bodrum.

Nowadays there is a purpose-built stand for seating and the backdrop to the stage is the illuminated ancient walls of the quarry. Alexander Markov, the Russian aficionado of Paganini, as well as Gulsin Onay, was a huge draw in a programme filled with Beethoven, Brahms as well as the Turkish composer, Ahmed Adnan Saygun, with Markov's brilliant renditions of excerpts from Paginnis Caprices bringing tears to my eyes. I sensed that we were not only listening to a musician but observing a magician weaving a series of spells from his violin; the like of which I have never experienced before. 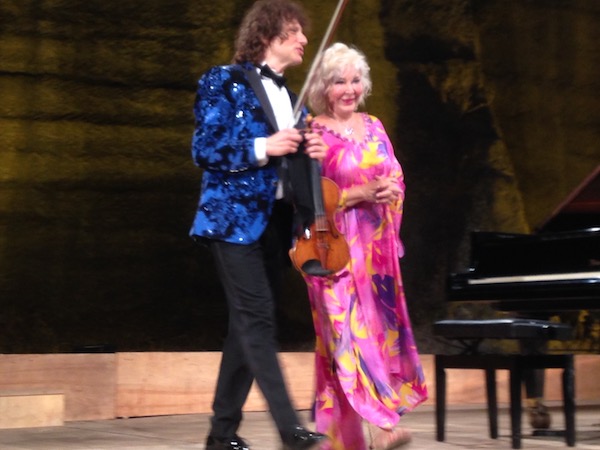 There's always a light-hearted moment at these outdoor concerts. One such concert last week in Turgutreis saw a street dog stroll nonchalantly across the stage, brushing past the cellist of the string quartet in full Mendelssohn flow with a cat looking on disapprovingly from the front row.

In Gumusluk, the comical moment came as Gulsin Onay was seated at her concert grand piano, her hands hovering above the keyboard in readiness to begin her Chopin nocturne. All of a sudden, a stage hand decided to remove a light from one corner of the stage. As he lifted the uplight, Onay fixed him with an 'if-looks-could-kill' gaze, which followed him all the way from one corner of the stage to the other, where he departed. As the audience tittered, he looked up, noticing Onay's glare. He immediately turned on his heels and walked the light to its original spot. Onay turned back to the piano, and the nocturne began.

The festival has certainly grown up from its fledgling days 15 years ago, when its audience comprised 50 and a few white-wine-drinking stragglers: Bodrum residents or tourists staying in villas in Turkey's favourite destination. But as we shared a sneaky cigarette with Eren before she departed to celebrate her birthday, I reflected on how local our International Gumusluk Classical Festival still is, full of quirkiness and charm. Nothing has changed very much really other than its success has endured and evolved. It really still is quite an international local affair.