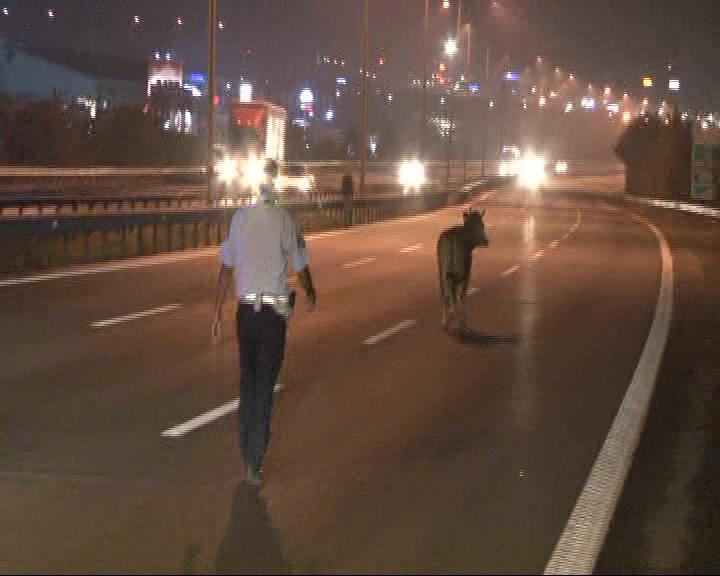 A sacrificial bull made a run for it earlier this week, escaping its leash and heading towards Istanbul on a main highway, blocking traffic for two hours.

The bull, which was bought in the western province of Kocaeli for the Kurban Bayram feast, was being loaded into a vehicle after its owner purchased it from a local animal bazaar. However, it slipped its restraints and made a dash for freedom on the Trans-European Motorway.

Despite the late hour - the bull escaped around midnight - the beast managed to cause disruption and delays on the busy road.

The bull’s owner and four of his relatives gave chase, before giving in and alerting the highway police, who blocked traffic, causing the disruptions.

The police struggled to contain the bull, who evaded lassos and roadblocks. It was finally snared eight kilometres from Istanbul.

The beginning of the summer saw three new ferries commence operations on the Bosphorus. While on the face of it this move, which will help alleviate traffic, could seem like a positive thing, reaction from the public has been swift in its condemnation due to the lack of public consultation.

Despite Istanbul Mayor Kadir Topbas’ promise two years back that the municipality “would ask the public first before even relocating a bus stop”, the ferries were quietly launched without any announcement.

The lack of consultation and the ferries’ appearance - which have been described as “a shanty house disguised as a ferry” - have angered the general public, who in 2005 voted for the designs of three new ferries. This time round, there has been no such public consultation, just the allowing of the public to pick the colour, not the style, of the sea vessels.

Another cause for anger is the ferries are not really ferries, but double-ended passenger ships, the appearance of which has caused annoyance. The design engineers have argued that no other design was possible, given the requested parameters of double-heads and ramps, and that the subsequent ship was not a passenger ferry but a boat with easier on-board and off-board access.

In June, a survey by the Hurriyet Daily News asked its readers: “Do you like Istanbul’s new ferries?” A total of 79 percent of the 13,034 respondents answered in the negative. 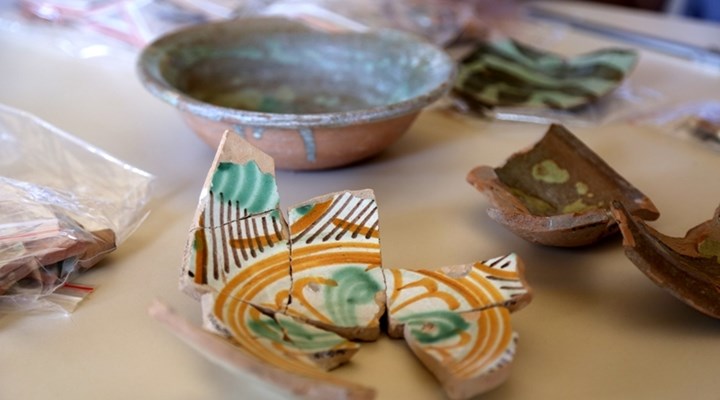 Antalya’s Santa Claus Museum (Noel Baba Museum) is one of the region’s most visited destinations. Located in Demre, it’s thought to be the burial site of the famed Saint Nicholas.

Recent excavations have uncovered Ottoman-era ceramics as well as Byzantine artifacts in the museum’s western courtyard. The works are digging deep, since Demre was flooded with five layers of alluvion in the 13th century. The archaeologists have discovered 19th century pots and pans as well as Byzantine-era artifacts lower down.

The museum is a nominee for the UNESCO World Heritage list, with religious and political significance.

St Nicholas was born in Patara in the fourth century. He was famous for his kindness, helping sailors, children, women and poor people. He received the sainthood for his benevolence, and has become one of the most important saints in the Greek and Russian Orthodox world.

Nowadays, many pilgrims head to the museum at Demre - as they have done since the Middle Ages.

Although Saint Nicholas was buried at Demre, it’s not known whether his remains are still there. In 1807 some bones were stolen from the tomb by Italian traders, who took the remains to Bari, in Italy, and buried them in a tomb there. However, it’s not known whether the stolen bones belonged to the saint, and as it’s not clear where the original tomb was, we might never know the location of the famous saint’s final resting place.

Ancient sarcophagus heading back to Turkey

A “priceless” sarcophagus dating back to the Roman Empire is finally going back to its rightful home.

The second-century coffin, made of marble, was seized at Swiss customs in 2010 and Turkey has been seeking its return ever since. The cultural goods importer who currently has the coffin has 10 days to appeal the handover.

The sarcophagus is one of 12 such items in the world, and depicts the 12 labours of Hercules, including strangling the Nemean Lion and killing the Hydra. It has been traced to the Roman city of Dokimeion, modern-day Antalya.

Despite negative press for Turkey around the ongoing war in Syria, Turkey’s visitor numbers will reach 41 million this year, equal to last year’s figures.

The head of the association noted that the tourism sector has been growing continuously for the last five years. “Around 40,000 new beds are added in the sector every year. This requires around 1 million incoming tourists,” he said.

“Turkey has succeeded in not seeing dramatic losses in tourist numbers despite several problems in neighboring countries and will close the year with around 41 million in tourist numbers. There has, however, been a decline in hotel occupancy rates of around 5-10 percent this year, but this is mainly caused by additional new beds that have recently become available.”

This week is Eid, and many locals will take a holiday, increasing the sector’s income. Locals tend to head for Antalya and Cappadocia.