Inner city Istanbul still holds a few surprises for investors - and a number of opportunities to get in at the ground floor. No one knows this better than Property Turkey director Cameron Deggin, who has watched Turkey’s largest city flourish over the past decade - and is now buying an investment property in Bomonti, one of its most newly lucrative areas.

“Istanbul investors have enjoyed some incredible successes over the past 10 or so years,” Deggin says. “People have made their fortunes buying property here.” 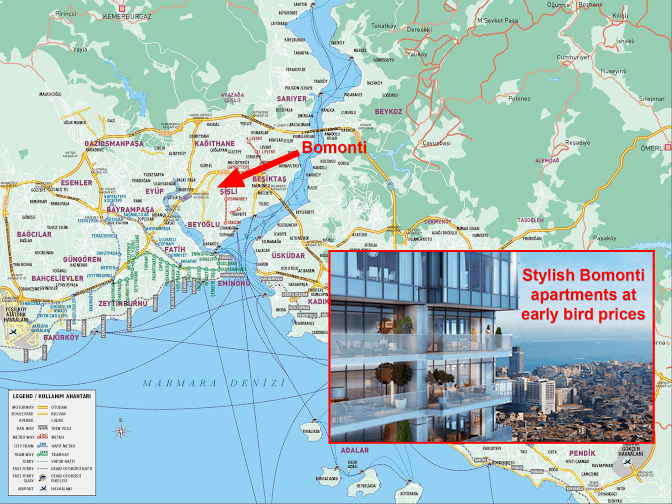 Deggin might be one of Bomonti’s biggest champions. He knew it when it was a rundown working class suburb, mere streets away from downtown Sisli, yet a world away from the glamour of central Istanbul’s multi-million dollar developments.

“It’s an area that’s always had a rather industrial charm,” he explains. “Breweries, warehouses, factories - it was one of Istanbul’s fortune-building areas in the years following the fall of the Ottoman Empire.”

As years went by, much of the industry moved out of the city and the area fell into disrepair. However, as Deggin puts it: “in a city where demand for property is constantly on the rise, a central suburb like Bomonti was always going to find its way back into the limelight.”

Today, it's clear Bomonti has found that limelight. Around 10 years ago the area began to regenerate as part of the city's urban transformation project. The streets began to look prosperous as ramshackle and illegal buildings made way for new developments.

The real seachange for Bomonti, Deggin says, was the announcement of the Hilton Hotel development, the largest hotel in the city. “Bomonti’s fate was sealed with that hotel, and interest in property and potential developments just went crazy.”

As developments were built, infrastructure improved, bringing the rest of the city closer and widening the appeal of the district. Now it’s just a short subway ride to Maslak, the city’s chief business district, or an even shorter journey to Taksim Square, the focal point of the city, just three kilometres away. Istanbul’s most expensive shopping street, Nisantasi, is also three kilometres away. 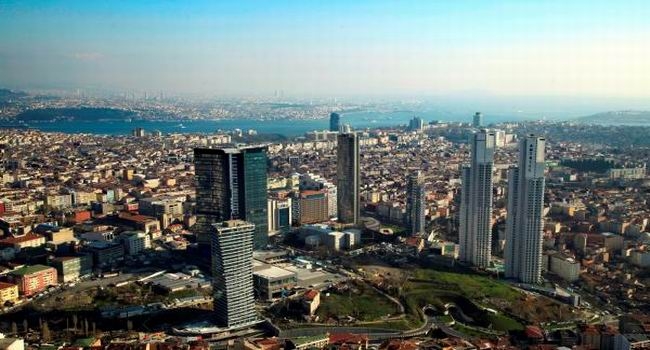 Its proximity in the coveted central part of the city gives the area an enormous appeal, Deggin says. More importantly for investors, it’s a sure-fire guarantee that prices will head north in the future.

Its central location means Bomonti is popular with upwardly-mobile professionals, Deggin says. “We’re seeing lots of young professionals moving into this area. They’ve got money, they have good jobs - they want to live somewhere central, a luxury apartment with an easy commute to work. Like the rest of the country, Istanbul has a youthful population - it’s one of a few reasons Turkey is doing so well, and it’s certainly a factor driving the property market.”

“I hate to be that guy who says ‘I told you so’, Deggin says, “but I did enthuse about Bomonti to a lot of my clients six years ago and the ones who bought there made a tidy profit.”

How much profit are we talking? “A lot. The developments that we started selling six years ago are now worth twice as much as they were when they first went on sale in 2009.”

The numbers certainly seem to add up: 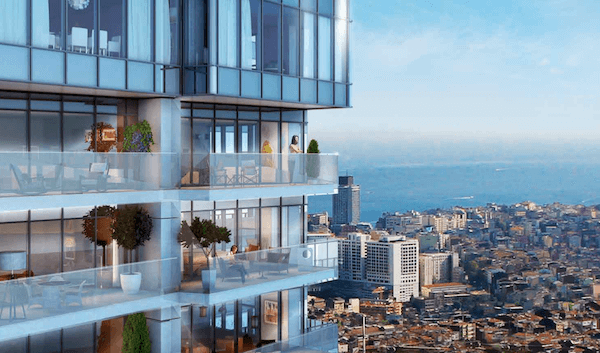 The latest development to garner investor interest is the Bomonti Queen. Deggin, who has made successful investments all over Turkey, said the development caught his eye early on. “The project is amazing - beautifully designed and superb quality.” But the investment expert, who has bought and sold all over the country, says the potential return on investment is what is really making people sit up and take notice.

“Right now in the same area similar turnkey residences sell out at no less than $5,500 psm.  Once completed in 30 months time The Queen will be the most luxurious tower in the area - and worth around 40% more than what I paid,” Deggin says. “In short: I expect to see prices double within three years,” he says. “It’s an opportunity I simply couldn’t pass up.”

The 102 square metre unit on the 36th floor has sweeping views over the city and Bosporus Strait. The apartment cost Deggin around $4200psm - “the rock-bottom launch price” - and required a 30% deposit with 36 months installments.

As well as capital gains, investors like Deggin will also reap rewards from the area’s high rentals. “Similar developments have units available for $2000/month, which is a really nice way to supplement your income.”

Deggin is just as enthusiastic about Bomonti now as he was in 2009, selling the area’s first luxury developments. “In just 10 years Bomonti has become one of the prime investment spots in the city, with square metre prices soaring from rock-bottom to top-dollar. This is an absolutely superb area and I’m very excited to be on board with the Queen of Bomonti.”

Don’t let this be another “I told you so”. Call Deggin today and find out more about entry level prices in this development.