The Persian poet: our enduring fascination with Rumi

In the west, Rumi is known simply by Rumi. In Turkey, he’s referred to as Mevlana - the Turkish spelling of Maulana, which means “Our Master.” Whatever he’s known as, the poet is recognised by all as the finest Persian poet in history. The imagery and language he used has transcended cultures and languages, and his poetry is well known throughout the modern world, making him one of the best selling poets.

Our fascination with the Persian poet seems endless, and interest is set to renew once more with the news that an upcoming biopic possibly starring Leonardo DiCaprio will bring the ancient poet to a new generation. 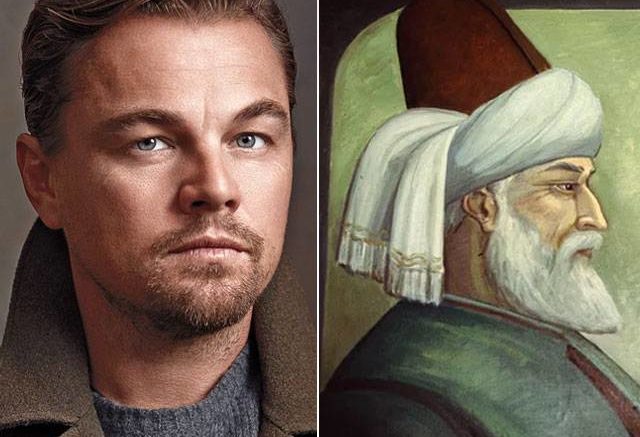 Konya, the city of poetry

Located high in the vast Anatolian plain, Konya is famous around the world. As well as its association with Rumi, Konya is the nearest centre to the ruins of Catalhuyuk, the 10,000-year-old Neolithic settlement thought to be the oldest known human community in the world.

The city has 4000 years of history. Known by the Hitties as Kuwanna, to the Phrygians as Kowania and to the Romans as Iconium, the city has always been known due to its location on ancient trade routes. But the city’s golden age was during the 12th and 13th centuries as the capital of the Seljuk Sultanate of Rum. During this period Rum’s Sultans beautified the city, building beautiful buildings and mosques. This was also the golden age of poetry, and no one better exemplified this than the poet Rumi. 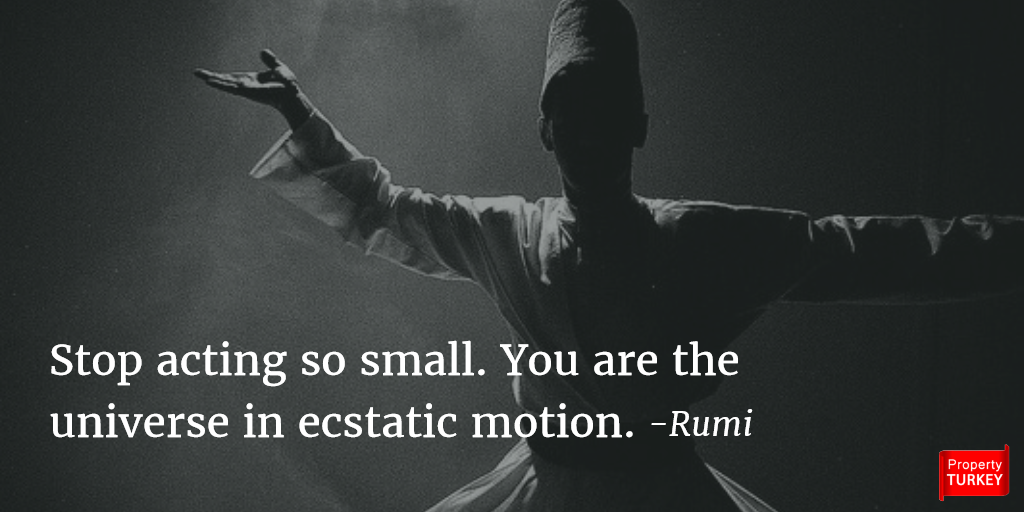 Jalal al-Din Rumi was born in 1207 in Khurasan, contemporary Afghanistan. The son of a brilliant Islamic scholar, Rumi was raised on ideas - particularly Sufism, the branch of Islam concerned with spirituality. When he was 12, Rumi and his family fled the invading Mongols, travelling first to Mecca and then to Rum - modern-day Konya - where they settled.

After his father’s death, Rumi left for Aleppo and Damascus, where he studied Sufism, Arabic, law, history, the Qur’an, theology, mathematics, philosophy and astronomy. He returned to Rum in 1240 to become a Sufi teacher and by the age of 24 he had become one of the most learned scholars in the country.

Thanks to his astounding theological knowledge, eloquence and charisma, Rumi’s fame as a Sufi scholar grew and soon a group of disciples had flocked to Konya to learn from his teachings. However, he lived a fairly quiet academic life, giving lectures and teaching, until the age of 35, when the path of his learning and his life changed forever. 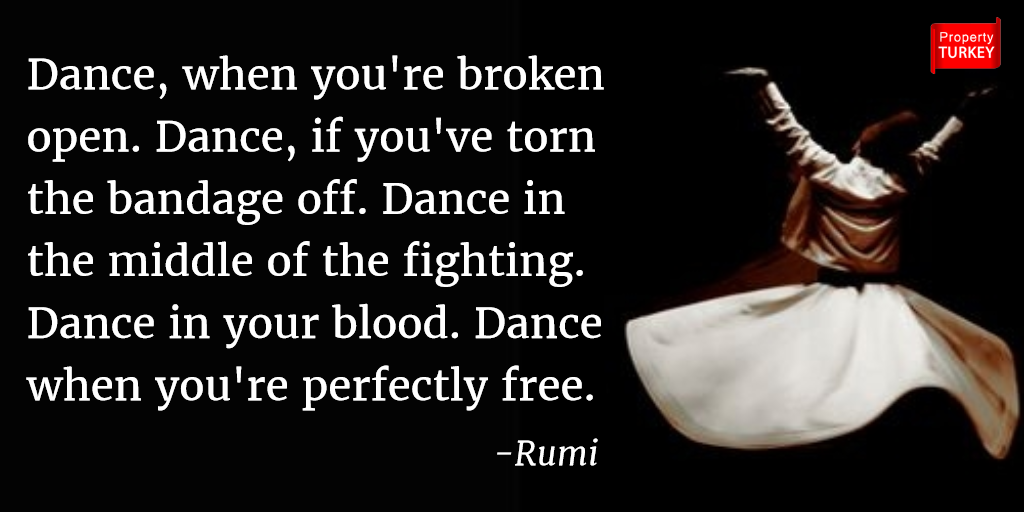 In 1244 Rumi’s life changed forever when a wandering mystic came to Konya. To Rumi, Shams al-Din of Tabriz represented a kindred spirit - and the “Divine Beloved,” a teacher Rumi had long sought. Rumi became devoted to Shams, abandoning his disciples and leaving his academic studies.

Rumi’s friends, students and family were jealous and suspicious of the newcomer’s influence on their master. After a few years, Shams simply disappeared. Many believe he was murdered by a jealous disciple or student, but Rumi travelled for years seeking his friend.

Finally, overwhelmed with grief, Rumi withdrew from the world to meditate. His grief finally gave way to a profound and joyful love of god that he began to express through beautiful poetry, listening to devotional music and dancing. 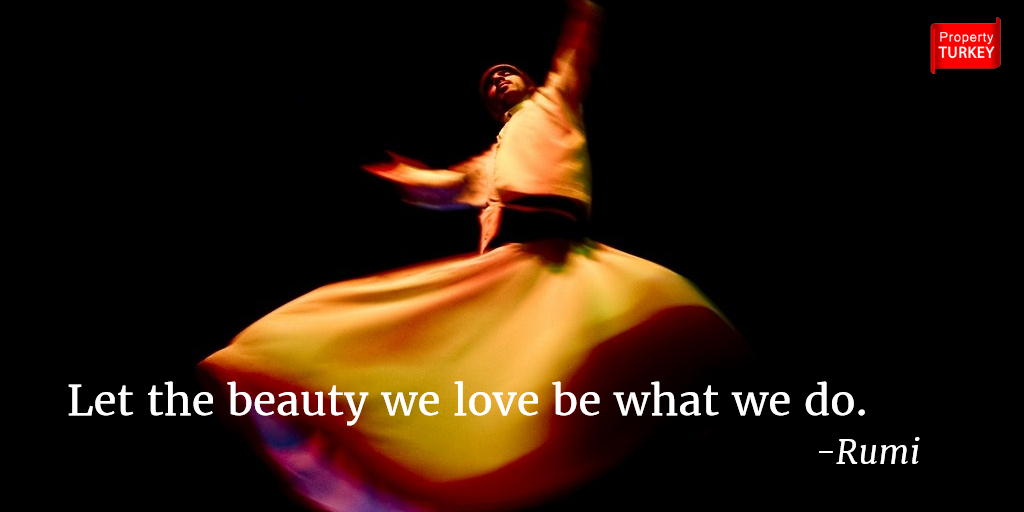 Over the next twenty-five years, Rumi created a truly astounding body of work. He wrote the Mathnawi, a six-book tome with 25,000 rhyming couplets. He composed 2500 mystical odes and 1600 quatrains. The work was dictated to Husam al-Din, a trusted disciple, who would record Rumi’s verses whenever they came to him.

Shams’ effect on Rumi was huge. While much of Rumi’s work might seem to be about his love for Shams, they are actually poems describing his overwhelming love for God. Whereas before Rumi had preached Islam in a sober fashion, his relationship with the mystic had infused him with an almost delirious love of God that was finally able to manifest.

Rumi died in 1273, still working and immersed in his poetry and devotion. 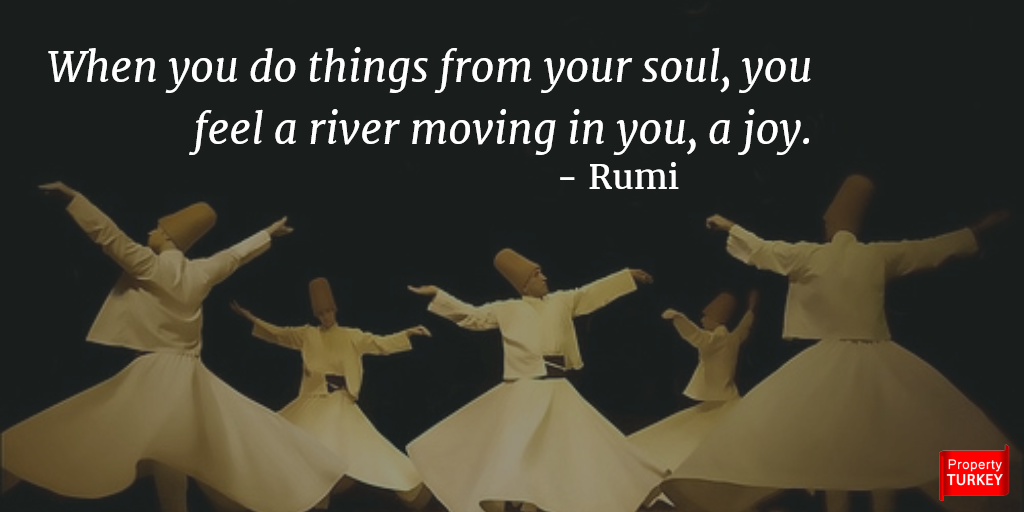 Rumi is also known for the Sema, the whirling dance he created that’s still practiced by the Mevlevi Order, or the Whirling Dervishes. It’s believed the dance was born from the way the poet would turn around and around while reciting poetry.

The Sema ceremony is the physical representation of an individual on their journey to the divine, and is considered a portal between the earthly and the celestial worlds. The dervish turns towards the truth, grows through love, abandons ego and embraces perfection.

Dressed in long white gowns representing the ego’s burial shroud, and wearing high, conical hats - the ego’s tombstone - the dervishes dance for hours at a time. They hold their arms high, the right hand lifted upward to receive blessings from heaven, the left turned downward to bestow the blessings to the earth, while the body spins from left to right. The dervishes form a circle, speeding up and slowing down with the rhythm of the music as the circle moves around.

In the centuries following Rumi’s life and death, hundreds of dervish lodges were set up around the Ottoman Empire, throughout Turkey, Syria and Egypt. There, the Mevlevi Brotherhood carried out their religious practices. During the Ottoman period, the brotherhood members were powerful members of the sultan’s court.

After World War I, when Turkey became a secular country, the Mevlevi Brotherhood was seen as reactionary and dangerous to the new republic, and their practices were banned in 1925. They continued in secret until 1953 when the ban was lifted and once again, dervishes whirled their compelling dance. 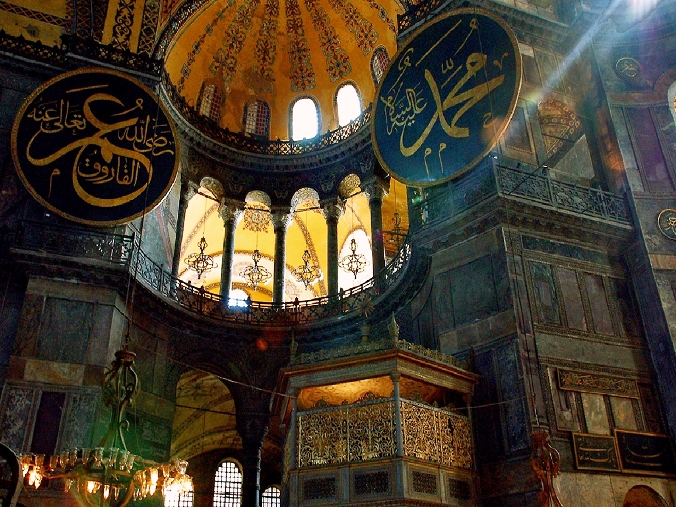 The former monastery of Konya’s whirling dervishes became a museum and shrine to Rumi in 1927. Its main room has Rumi’s tomb, and adjacent to that, his father’s sarcophagus, which stands upright, since legends tell us that when Rumi was buried his father’s tomb “rose and bowed with reference”.

Part of the building dates back to Seljuk times; other rooms were added by Ottoman sultans. The rooms are furnished as they were back in Rumi’s time, with mannequins decked out in period costumes.

Each year on December 17 there is a religious celebration held at Rumi’s tomb. It’s attended by tens of thousands of pilgrims who travel here to rub their foreheads on the shrine’s silver-plated step, and visit other shrines - Rumi’s most famous disciples and contemporaries.

Today, the Persian poet's life and work remains a source of fascination and his words continue to resonate through the ages.