New zoning for land in Yalikavak Bodrum for sale 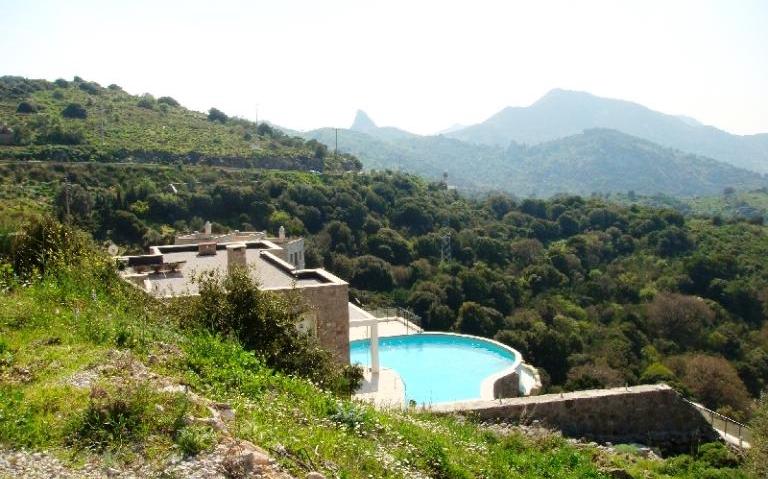 New zoning and planning for land development was introduced for Yalikavak, Bodrum on 21 November 2013 after a long period of zoning suspension. This will have significant impact on new property developments in Yalikavak both residential and commercial. Yalikavak, one of Bodrum's largest towns, previously a charming fishing village and now a modern resort town, is seeing its profile rise rapidly as Turkey's new premier marina resort.

A brief background to real estate and land zoning in Yalikavak, Bodrum

Yalikavak municipality suspended zoning at the end of 2011.  Effectively this meant that you could not purchase land in Yalikavak and submit a property development project thereon for approval.  For a construction project to be approved, there needs to be ‘zoning’ in place so the project plans can be approved against.  Suspension of zoning means the planning departments can’t accept project submissions, hence effectively a ban on new development projects (not a ban on buying land).

Zoning dictates the planning regulations in a particular area or municipality.  Put it simply, it regulates what can be built, where and how.  It determines, for example, how high a building can be, how many metres from the road, percentage of green area and similar regulations impacting what can and can’t be built in an area.

Zoning also underlines the coastal planning (how far from the sea one can build), forest land, agricultural land and buildable land areas as well as build percentages applicable to different classifications of land plots. It is one of the most important elements of town planning and environmental protection.

The suspension of zoning in Yalikavak coincides with USD 150m investment in Yalikavak’s existing marina.  The marina was acquired by a foreign investor in 2010 and completely revamped through 2011 – 2013 to be re-launched as Palmarina Bodrum. Palmarina Bodrum represents all that is contemporary, luxury and high-end in terms of marina operations.   It is arguably the most comprehensive marina project in the entire Mediterranean targeting super-yachts and the super wealthy. The investment that went into Palmarina came from a foreign investor after months of deliberations with the local Yalikavak municipality and Mugla authorities as the head of the county.

Rumour is that the investor, who subsequently purchased some 100,000sqm further development land in Yalikavak and invested in several 5 star hotels, was promised major upgrade of infrastructure and tidying up of planning regulations affecting Yalikavak area with a view to re-presenting the area and boosting its profile as a ‘high-end’ holiday resort. Palmarina opened full operations in June 2013 with its branded outlets, 5 star hotel complex and state of the art marina facilities.

On 21 November 2013, zoning was reintroduced making it possible to submit residential and commercial real estate development projects for approval.  This means you can now purchase land in Yalikavak and submit for construction approval, which normally takes around 8 weeks to be concluded.  Immediately following approval of your project plans, you can commence construction.   The new zoning regulations are as follows:

•    45% construction allowance on commercial land plots if a 5-star hotel is being built.  This is generally coastal and seaside districts.   This is an increase of around 10% from the construction allowance in place prior to suspension of zoning.  However, we would like to underline that 45% is only applicable for 5 star grading.

•    20% construction allowance on residential land plots, that is 10% as foot-print built over a maximum of 2 floors.  Previously residential allowance could be up to 40% in Yalikavak.  By restricting and reducing residential build allowance, the planners are clearly aiming to retain higher percentage of green areas and reduce build density in Yalikavak.

•    3% construction allowance on agricultural land plots to build just one residence (see several examples below).  This figure was 5% prior to suspension and 5% applies to land plots approved for construction prior to zoning suspension. It has now been scaled back to 3%, which means if you own an agricultural land of say 5,000sqm, you can only build a house with a closed area of 150sqm, which is not a large house at all.   The idea behind this is to maintain a very high level of green belt and forest land on the hills of Yalikavak, which provides the back-drop to the town itself.  It is also interesting to note that some of the best sea and island views one can experience in the Aegean coast of Turkey are from the hills of Yalikavak, where these agricultural plots are located.  In other words, the planners are simply saying ‘if you wish to build a luxury villa in prime Yalikavak heights, then build a mansion on a huge private plot’.  In other words, they are saying ‘come here with deeper pockets, otherwise look elsewhere in Turkey’.

•    Strictly no construction on forest land.
What's the future of Yalikavak real estate?

With fast improving infrastructure, heavy incentives by the Turkish Tourism Ministry to expand 5 star rating in the area, state of the art Palmarina Bodrum and now the new zoning in place, we expect Yalikavak to shape as follows:

Elegant boutique style hotels and residences at the front line, particularly around the marina, to cater for increasing volume of marina tourism.

Highly exclusive mansions on the hills of Yalikavak watching the Aegean and its rugged coastline.  Examples of stunning luxury villas in Yalikavak heights are already available and there are excellent land plots for more to be built.

Type and profile of properties bought and sold in Yalikavak to move high-end with home improvements on existing properties and designer projects launched in the coming years.

Yalikavak real estate prices to increase in line with the recognition of the area as the new elite of Bodrum, Turkey – a brand within a brand that’s Bodrum.

Land located in Yalıkavak Degirmenler. This plot of land is 4,669sqm, has 5% development permission and is free of infrastructure problems. Construction permission has been granted, there is a prepared project approved by the monuments committee. The land has sea views and views of local countryside.  Euro 365,000

Land suitable for the construction of a luxury villa for sale Yalikavak heights This land is 5001m2 and has 5% development permission. The land is located in the elite mansion area of Yalikavak and is free from infrastructure problems. The land has fantastic sea views and views of the local countryside.  Euro 368,000

A special plot of land suitable for the construction of a mansion in the elite mansion are of Yalikavak. This land is 7500sqm and has 5% development permission.  Euro 500,000

Land for sale located in the Yalikavak-Dazlak area. This plot of land has 5% development permission and is made up of 5 luxury dwelling parcels with 5 separate title deeds totaling 25000sqm with 5sqm passage rights including a common secure entrance in accordance to these passage rights (only when bought as one complete piece of land). This plot of land has both views of the countryside and sea views. Price for one single parcel is Euro 500,000 and for the whole area of land Euro 2.5m.