Declared by Time Out magazine, as one of the top places of the world to see in the New Year, Istanbul is a city that holds no punches when it comes to festivities, parties and an overwhelming feel good atmosphere to mark the dawn of another year.

Previously this annual event, traditionally celebrated within the home by Turks was low-key but as Istanbul has progressed to become a city with a lively nightlife scene, New Year is now a night of fun for the young and old.

Called “Yeni Yil” by the Turks, streets, especially the Beyoglu entertainment capital, overflow with partygoers eager to welcome in a new year. Others sign up for gourmet meals and sit down entertainment in thousands of restaurants dotted all over the city famous for its seven hills, and historical timelines as the capitals of the Byzantine and Ottoman empires.

Here is our pick of the best places to go but other than that, the only thing you need to know is “Mutlu Yillar” which means Happy New Year. 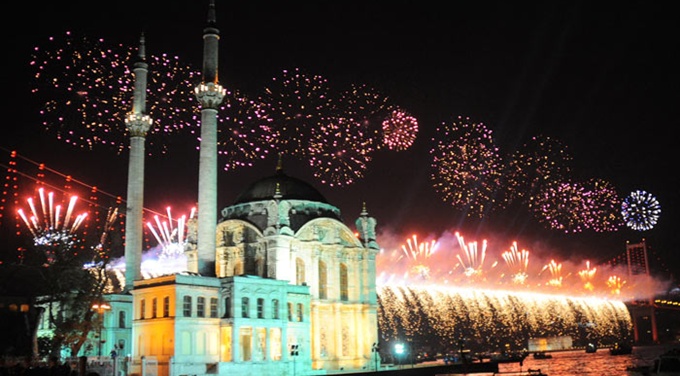 Party in the Galata District

Reservations normally sell out quickly for New Year’s Eve in the famous Genoese Galata tower with its all-encompassing view over the Golden Horn and Bosporus. Typically popular with tourists, it is not the place to head if you want to spend New Year eve like a local but otherwise expect a sumptuous feast, live music and a night of traditional entertainment such as belly dancers and folklore dances. If you are too late to bag a seat at the rooftop restaurant, which will also net you a fantastic view of fireworks shows, check out establishments in the cobbled side street since this area is also popular with expats. 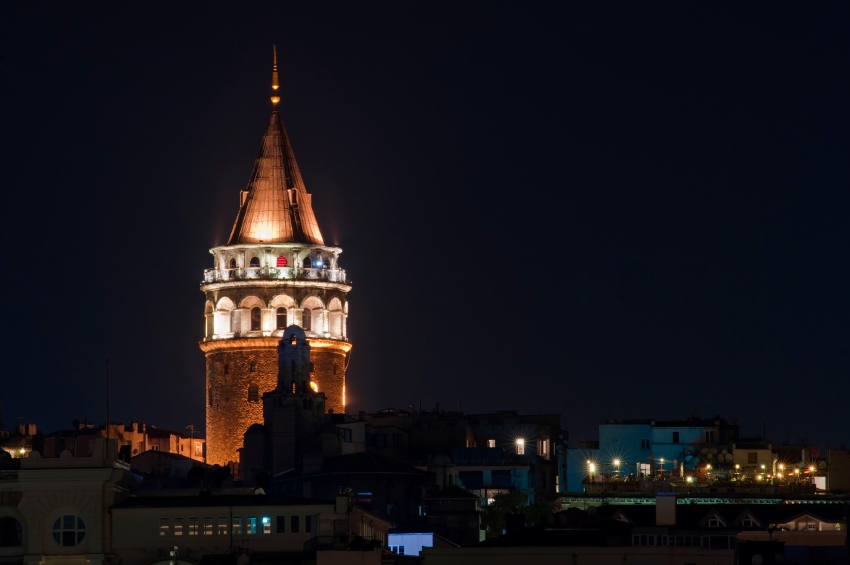 As one of the most famous waterways of the world, it makes sense that a cruise on the Bosporus for New Year is also popular. Reserve a space to embark a luxury yacht leaving around 8 pm to sail between two continents of the world. After welcome drinks, take your seat for a three-course meal, unlimited drinks and on boat entertainment. Sailing the Bosporus at night is a magical experience since the lights of the city combine with spectacular fireworks for a long-lasting memory of a vibrant night. Various companies offer this option so just shop around for the itinerary that suits you the best. Expect to be back in your hotel for around 3 am on January the 1st! 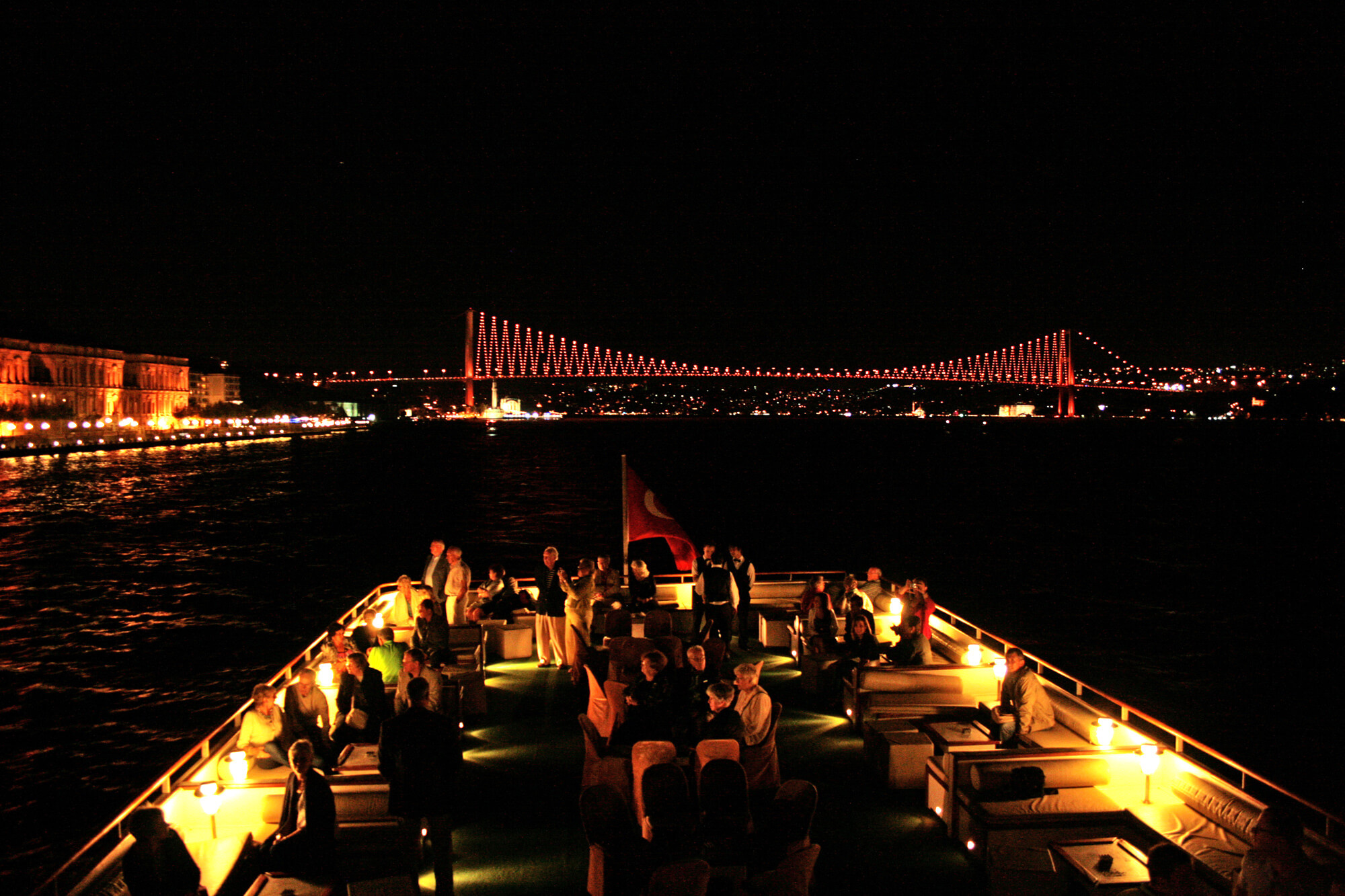 Especially for budget travellers who want to have the best time in the simplest way. Taksim is the nightlife capital where masses of locals gather around Monument Square to countdown to the beginning of a new year. Families with small children will probably stay away from the large gatherings heading all the way down Istiklal Avenue but for couples and groups of friends, it is the biggest street party of the year, often breaking out in traditional Turkish dance. 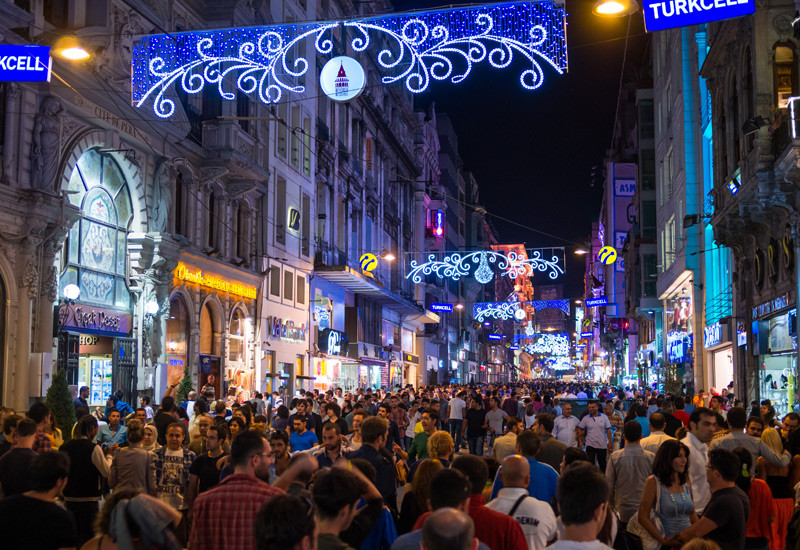 The upmarket neighbourhood of Nisanti in the European side of Istanbul promotes an atmosphere of luxury indulgence at a special time of the year. Party-goers wearing their best attire book reservations at esteemed restaurants, months in advance for an evening of haute cuisine, champagne, and sophisticated live entertainment before joining everyone on Abdi Ipekci Avenue for a show that in previous years included a red carpet, fake snow and a laser light display. Reputable restaurants excelling in service at this time of year are Park Samdan, open since 1981 and Delicatessen, who specialise in cocktails and have a simple motto of “good food and drink.” 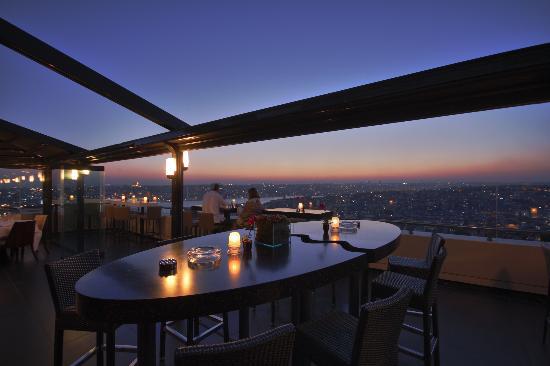 Naturally, the music halls and nightclubs of Istanbul make every effort to impress for an unforgettable and unique evening. The budget Gar music hall, popular with tourists and travellers produces a show of traditional Anatolian dancing served with Turkish cuisine. After opening in 1965, Gar has become a key player of the Istanbul nightlife scene and successfully orchestrated many New Year shows to introduce foreigners to a subtle Turkish version of celebrating.

Otherwise, go upmarket for 5-star entertainment at Reina, one of the most prestigious nightclubs of the city. The bar / restaurant and club have previously hosted international celebrities such as Jennifer Lopez, Paris Hilton, and Kevin Costner. The menu consisting of delicacies like baked lobster, smoked salmon rolls and broccoli truffle soup is a perfect start to a new year’s evening that continues in the club section overlooking the Bosphorus. An evening at Reina is heavy on the pocket but worth it to see in New Year’s Eve in style.

Another upmarket favourite for New Year’s Eve is the award winning 360 bar and restaurant, a rooftop establishment of a 19th-century building on Istiklal avenue. Feast on red lentil dumplings for starters, a slow roasted cherry duck for the main course and an unlimited supply of Cordon Rouge or Don Perignon. 360 adhere to four concepts that have made them one of the most respected establishments in Istanbul and they are cuisine, ambiance, entertainment, and vibe. Opening two more restaurants in the city, it is one of the most prestigious places to see in 2016.