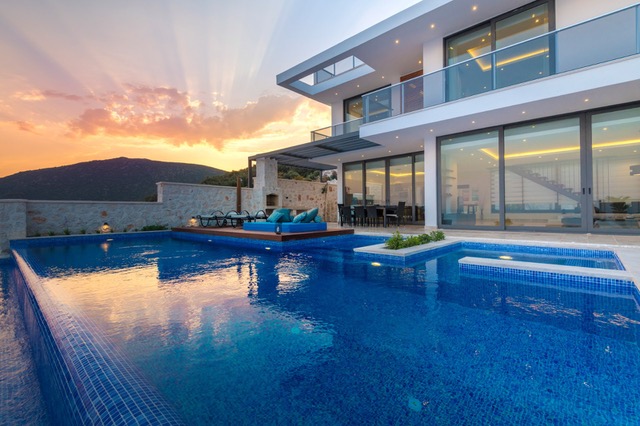 After a year of searching, Swedish couple Marta and Emil Ekberg were “almost ready to give up” looking for their dream Mediterranean home. Then they discovered Kalkan.

The Stockholm couple are keen sailors with 50 years’ combined experience under their lifejackets, and the waters of the Mediterranean were a favourite destinations - particularly the coastlines of Spain and France. However, when the couple began looking for a waterfront home in their familiar haunts they had a shock.

“We knew prices were high but we were really shocked - what we considered to be basic homes near a marina, without even a sea view, were as much as three million Euros,” said Emil. “So we widened our search.”

The couple discovered Property Turkey while searching for marina property in the Mediterranean. “We hadn’t considered Turkey,” said Emil. “But once we started researching and saw what you could get there we decided to go out and look for ourselves.” Property Turkey consultants matched the Ekbergs to Kalkan, and two months later the couple sailed along the coastline, visiting the Fethiye region, Gokova, Kas and Kalkan. “The Turkish coastline is so beautiful,” Emil says. “Striking scenery with lots of coves, beaches and small villages and a gentle breeze. Sailing in Turkey took us by surprise.”

Kalkan was “love at first sight,” Emil said. “When you round the headland and see the bay and the harbour, it is such a lovely sight.” Emil and Marta spent a pleasant few days exploring Kalkan’s harbour and old town. “One night we had dinner at a local restaurant with a roof terrace [Kalkan is famous for its rooftop restaurants]. All the stars were out and you could hear the waves lapping against the harbour wall. We just looked at each other and Marta said ‘this is perfect’. And that was that, we decided that Kalkan was our place.”

After two days of searching with Property Turkey's Kalkan consultant, the couple signed the contract on a 4 bedroom 750,000 Euro sea view contemporary Kalkan villa, frontline to the sea. “When you compare this property to what we saw in Spain, for example, it is mind blowing. Waterfront homes in Turkey are still amazing value, although we might have seen the last of the great bargains as Turkey becomes more popular.”

The couple’s 35 metre yacht is moored at the state-of-the-art Kas Marina, a 20 minute drive from Kalkan. “We were blown away by Turkey’s marinas,” Emil said. “There has been a push to develop marinas here so facilities are generally new, with the latest technology, but still with good prices.”

The Ekbergs have been returning to Kalkan for four years now and feel they’re part of the community. “The friends we’ve made here say there is just something about Kalkan, something indefinable that keeps them coming back. But I think it’s simple: it’s a beautiful town that’s not overrun by tourists and has a good climate. We feel at home in Turkey.”