Adele has been accused of copying a famous Turkish ballad and some Turks are up in arms over the alleged plagiarism.. Her third album, 25, has been hugely successful, selling 800,000 copies in its first week and smashing records in the US and Britain.

Turkish critics claim that her song, Million Years Ago, is uncannily similar to an 80s song by Kurdish singer Ahmet Kaya, who recorded Acilara Tutunmak (Clinging to Pain) in 1985. 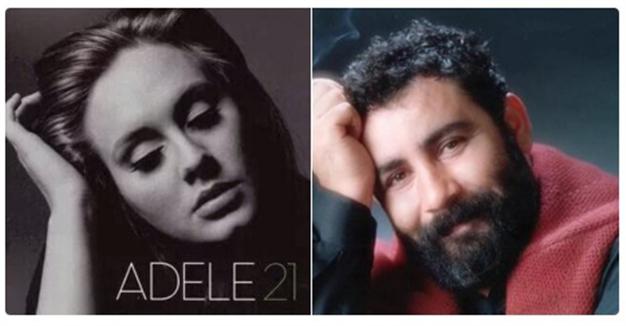 Some Twitter users have jumped on the plagiarism bandwagon, accusing Adele of theft, while others have used the debate as an opportunity to mock the Turkish tendency towards nationalism, with one posting a picture of a Turkish man hanging a Turkish flag off his balcony and stating “Adele stole a song from us.” 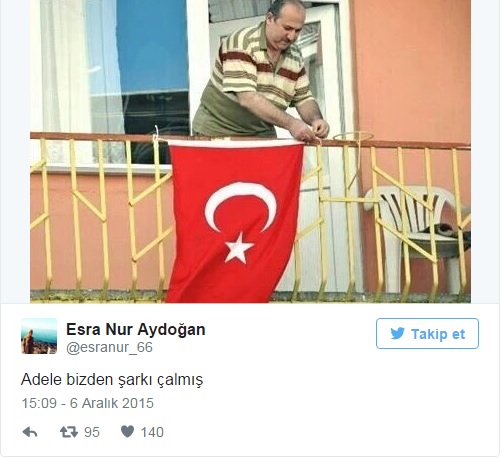 Kaya died 15 years ago in France. His wife, Gulten Kaya, who is still living in Turkey, has told a newspaper she doesn’t believe 27-year-old Adele would do such a thing. “However, if she consciously did it, then it would be theft,” she added.

Music critic Naim Dilmener, who has authored a number of books on Turkish music, claimed there were similarities between the two songs but “not too much”.

"I don't think Adele listened to Ahmet Kaya's song and copied it deliberately," Dilmener said, adding that in his opinion it was "an easy tune to figure out."

What do you think? Do the songs sounds similar or is it just a strange coincidence? Listen to both videos, below.