Property Turkey Blog Can Turkey's tourism industry bounce back in 2017?

Can Turkey's tourism industry bounce back in 2017?

This year hasn’t been a stellar one for tourism in Turkey. As well as suffering an attempted coup in July, more than three million Syrian refugees have fled across the border into the country and settled in makeshift camps and large cities, with some headed to Europe using illegal smuggling routes setting off from Turkey’s Aegean coast. Many do not survive the journey, instead washing up on beaches in Bodrum.

The biggest and busiest airport in the country, Istanbul Ataturk became a terrorist target, while talks with the EU have come to a standstill. A US caution against travelling to Turkey took its toll on the tourist industry, and the economy took a downturn when Russia imposed economic and travel sanctions. Numerous other incidents have all contributed towards Turkey taking centre stage for international news, and unfortunately, this has severely affected the tourism industry.

In 2014, Turkey’s tourism industry was flourishing and enjoying huge financial success. Annual visitors had increased by an average of 400% since the turn of the century. Istanbul became one of the official top ten city break destinations, and thirty-six million visitors made it the sixth most visited destination in the world - and many, captivated by the city, chose to buy apartments in Istanbul.

After textile, clothing and agriculture, tourism is the country’s most important industry. The success was a culmination of promotion and events stemming from a twenty-year tourism marketing plan that started in 2003. This project targeted all types of travel including spa and wellness, health, dentistry, plastic surgery, adventure, and beach holidays. The knock-on effect of this was also a huge uptick in the number of people buying villas and apartments in Turkey. The concept of all-inclusive hotels also took off, attracting many visitors because of their extremely low prices. Top visiting nationalities included Russians, Germans, and British.

What happened to Turkey’s tourists this year?

The decline in visits in 2016 was not a knee-jerk reaction to one particular event. It started in the latter half of summer 2015 when many foreigners misunderstood the vast distance from most of the holiday resorts to the bordering country of Syria, where a civil war was now in full action. Despite being two days’ drive away from some places like Istanbul, just hearing that Syria was a bordering country made potential visitors feel uneasy.

Then one by one, over the next few months, devastating events added to the avalanche that was ripping through the tourism industry and in the process, bankrupting many established businesses along the way. The biggest impact was when Russia imposed travel bans after Turkey shot down one of its fighter jets. Official stats estimate four million Russian visitors had to holiday elsewhere.

Latest figures released by the Turkish government show tourism is roughly 30 percent down when looking at yearly performance. Turkey’s hotels, bars, shops, and restaurants hope that 2017 will be a good year, with visitor stats returning to the flourishing records of previous years. Are they optimistic, realistic and can Turkey’s tourism industry bounce back? Let’s look at what the travel industry is saying.

While the western world seems to be boycotting Turkey, Al Monter is reporting that the country is formulating plans to boost their growing popularity in the Arab world. Already marketed as the ideal “halal” destination, Turkey will embark on new projects that specifically cater for pious Muslims. Traditionally, places like Trabzon in the northeast are already one of the top visiting destinations in Turkey for Arab tourists and projects to renovate, upgrade, and install amenities and facilities are set to attract even more.

This year saw a rise in tourist share from the Ukraine - in the first nine months of the year there were 504,390 Ukrainian visitors, an increase of 100 percent from the same period of 2015. There were also more Georgians, Azerbaijanis, Israelis and Lebanese tourists in Turkey. Tourist numbers from these countries are set to rise again next year.

The country’s leading news agency, Anadolu also reported that Turkish tourism officials are expecting a full come back in 2017. Promoting the country from a stand at the World Travel Market event in the UK in November, they employed fifty representatives to answer questions, hand out leaflets and address concerns that any potential visitors or overseas travel brand would have about the country. The government has also continued their promise of subsidies for any airlines bringing tourists to certain airports.

Turkish tourism bods will also attend 112 expos in 56 countries next year, including Germany, Russia, Netherlands and the UK, in the hopes of increasing tourism back home.

As well as heavily promoting its sea, sand and sun-based attractions, Turkey’s potential as a cultural, winter, congress, health and golf tourism base will be on show. Tourism officials are also hoping to gain exposure in developing markets like the Middle East, South America, China, Japan and Southeast Asia. 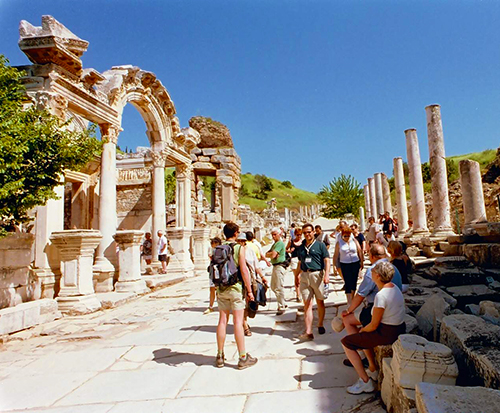 The bosses over at Thomas Cook, a leading UK travel companies are also optimistic. Pointing out that there is still a high demand and Turkey offers excellent value for money, they remarked that business is as normal.

The Chinese will start arriving in significant numbers

Turkey can expect one million annual Chinese visitors every year, following an agreement with China - in exchange for Turkish tourists to China. As well as increasing tourism revenue - the average Chinese spending around a thousand dollars per trip - the agreement will further strengthen ties between the two countries. 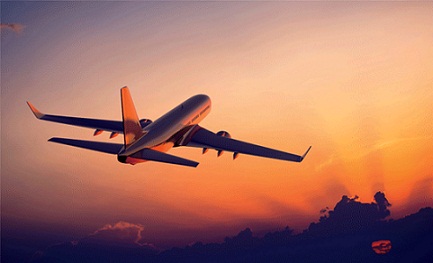 The Russians will return

One of the biggest downfalls in last year’s figures come from the Russian sector and relationships with the two countries are now back on an even keel after the charter flight ban was lifted. In the three months since the ban was lifted, 432,000 Russians visited Antalya - a sharp contrast to the 20,000 who visited in the first eight months of this year. Property in Turkey is also a popular choice amongst Russian tourists, with many buying Antalya villas and apartments. Real estate agents in Antalya are predicting a resurgence in interest in the property sector for 2017.

Turkey is also missing her American visitors, but the Trump administration that will take the POTUS seat in the USA in January 2017, has expressed a wish of working together to handle affairs that could see the USA lessening their restrictive travel advice for Americans to Turkey.

Of course, there are still internal problems within Turkey which mean it might be impossible to return to record high visitors stats of previous years, but the country can certainly bounce back from the disastrous results of 2016. Many established travel business in Turkey including hotels, restaurants, bars and shops will be glad to hear this news.