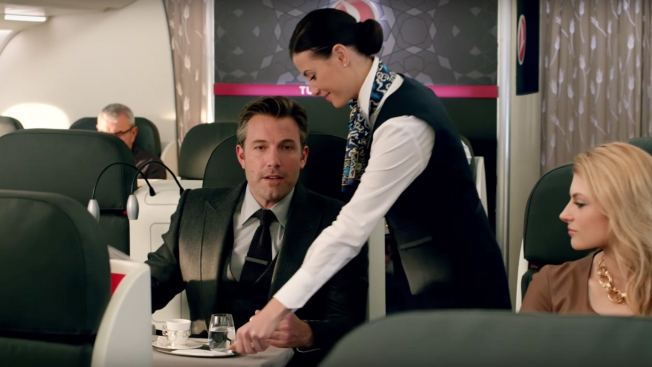 The first advertisement announced the hugely successful Turkish Airlines had added a route to Gotham City, a destination described as “a city that’s risen above its past to become a thriving urban centre.”

Ben Affleck, who plays Bruce Wayne (and of course, Batman) announces that “thanks to a significant grant from my company, Wayne Enterprises, Gotham is being restored to its former glory.”

Travellers were urged to rediscover Gotham City and told to watch for the iconic Bat signal that would be beamed into the sky. Affleck, sitting in a Turkish Airlines plane, claims “there’s never been a better time to visit our great city.”

Eagle-eyed Batman fans will also notice shots of the Ace Chemicals building: the spot where the Joker was disfigured while trying to escape Batman. The building later became his criminal headquarters. Gotham’s Opera House is also shown in the commercial: this is where Bruce Wayne’s parents were killed, planting the seed that would one day produce the superhero.

The advertisement concluded with Batman, wearing heavy armour, staring up at Superman, who hovered above, before landing on the ground and marching towards Batman. 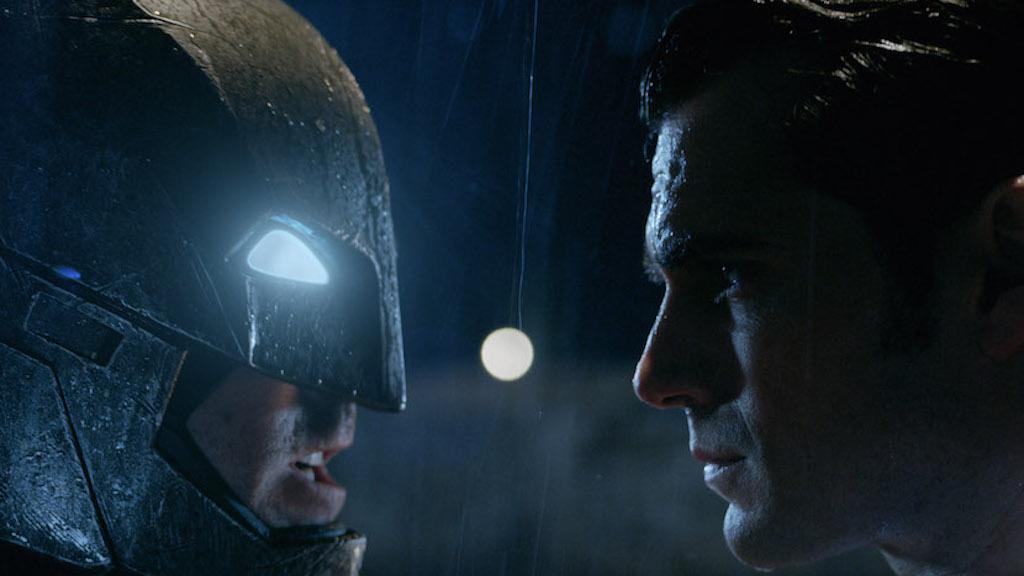 The second advertisement promised travellers an experience like no other in the rebuilt Metropolis, home to Clark Kent, Lois Lane, and the criminal mastermind Lex Luthor. A montage of the city, Daily Planet building, a Superman statue and clips of Superman taking to the air were overlaid with a voiceover proclaiming Metropolis to be “a city reborn, rebuilt and stronger than ever, proud of its heritage and its heroes.”

Lex Luthor, played by Jesse Eisenberg, echoed Affleck in the earlier commercial, saying Metropolis was welcoming visitors again after a financial contribution from his corporation, LexCorp. “We can’t wait to welcome you,” Luthor said.

One flight to Gotham, please

The agency that created the advertisements, CP+B London, said in a statement that Turkish Airlines flies to more destinations than any other airline, servicing almost 300 destinations, and the campaign wanted to play on that with the introduction of two iconic - but fictional - destinations.

While a few confused people have been calling Turkish Airlines call centres to enquire about flights to Metropolis and Gotham City, the advertisements have been a viral sensation. 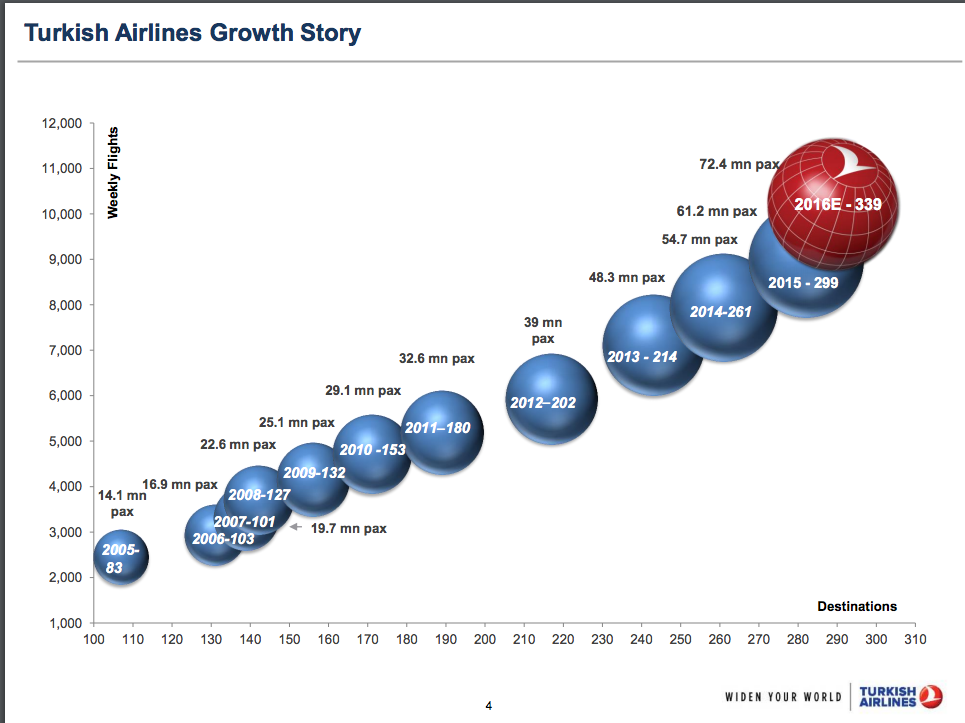 A journey that began with five planes...

Today, the regional airline that began in 1933 with five aeroplanes has become a behemoth. It now flies to 284 destinations around the globe, including 49 domestic locations. Turkish Airlines has consistently been ranked highly in the world’s top carriers, consistently appearing at the top of customer-evaluation site Skytrax’s charts.

Earlier this month, the airline took delivery of its 300th aircraft: an Airbus A330. Turkey’s flagship carrier has come a long way since the days of five aeroplanes and just a handful of domestic destinations.

...and is set to continue

The airline is now the world’s 13th largest in terms of fleet size. However, the number is set to increase with 39 aircraft tipped to be added by the end of this year, to prepare for company predictions that passenger growth will grow by 18 percent this year.

Much of the growth will stem from European and Middle Eastern and North American passengers travelling to or passing through Istanbul.

"Those 24 lines changed our destiny,” Kotil said. “The number of our transit passengers increased from one to 14 million since 2004.” The sixfold increase turned the regional airline into one of the world’s largest and most successful carriers.

Next stop: Asia and the Americas

Kotil added that Istanbul’s new airport - set to be one of the most trafficked in the world - will solidify the city’s key position between Europe, Asia and Africa.

"Our target is to raise the number of flights in the Americas and Asia. Just like we increased our flight destinations in Africa from four to 48, we intend to do the same for the Americas. Latin America will become our new Africa."

New destinations include Atlanta, Bogota, Panama, Havana, Caracas and Mexico City, while flights to Kuala Lumpur and Taipei will increase in number.

Alluding to future ventures around the world, the CEO said “You need to have a new dream every day in Turkish Airlines." 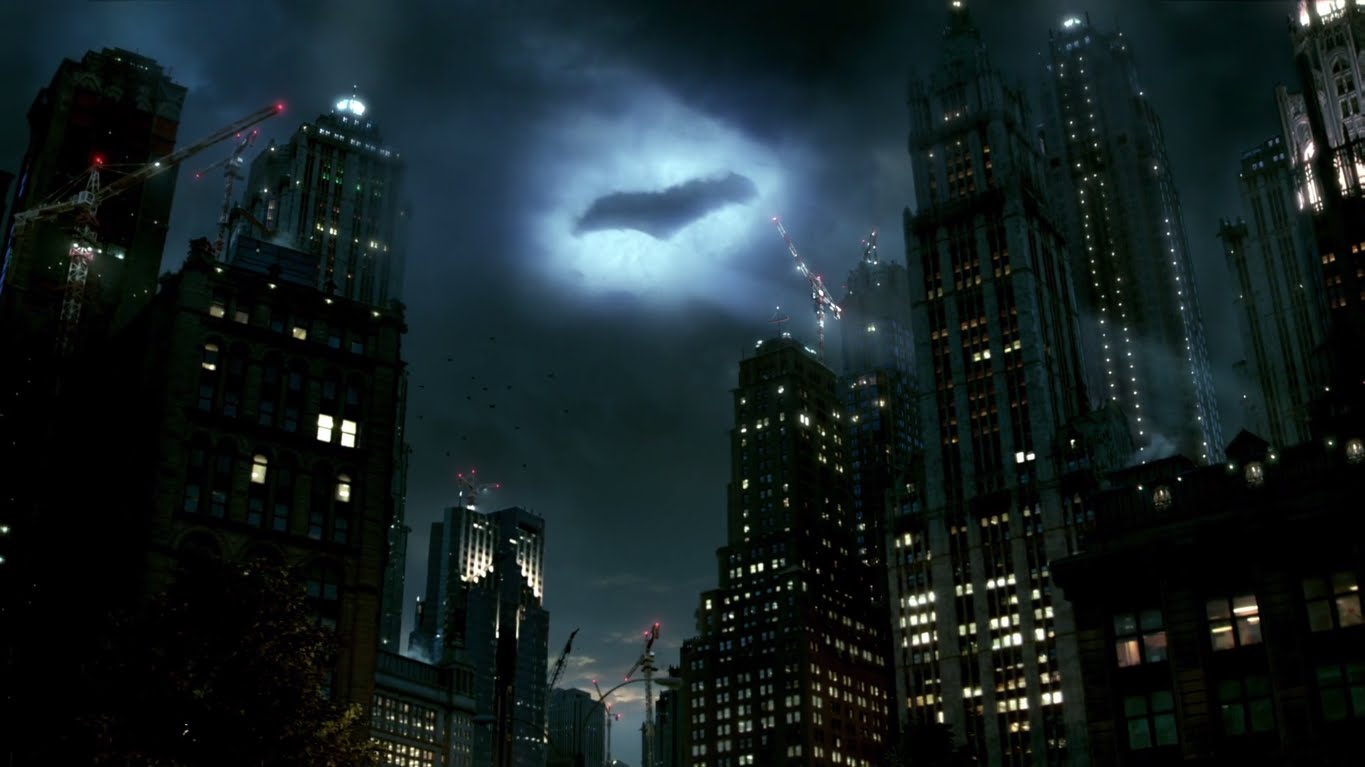 While you can’t visit Gotham, or spot Superman on a Metropolis city break, you can certainly book a flight to Istanbul, says Property Turkey director Cameron Deggin.

“What Turkey’s largest city lacks in caped crusaders it certainly makes up for in culture, art, food, and sheer architectural beauty,” he says.

Deggin points out that investment potential is much greater in Istanbul than that of Gotham or Metropolis, where the likes of Lex Luthor or The Penguin mean the local economy is always in peril.

“While the economies of Gotham and Metropolis tend to fluctuate with every new crises, Istanbul’s economy has never been better.”